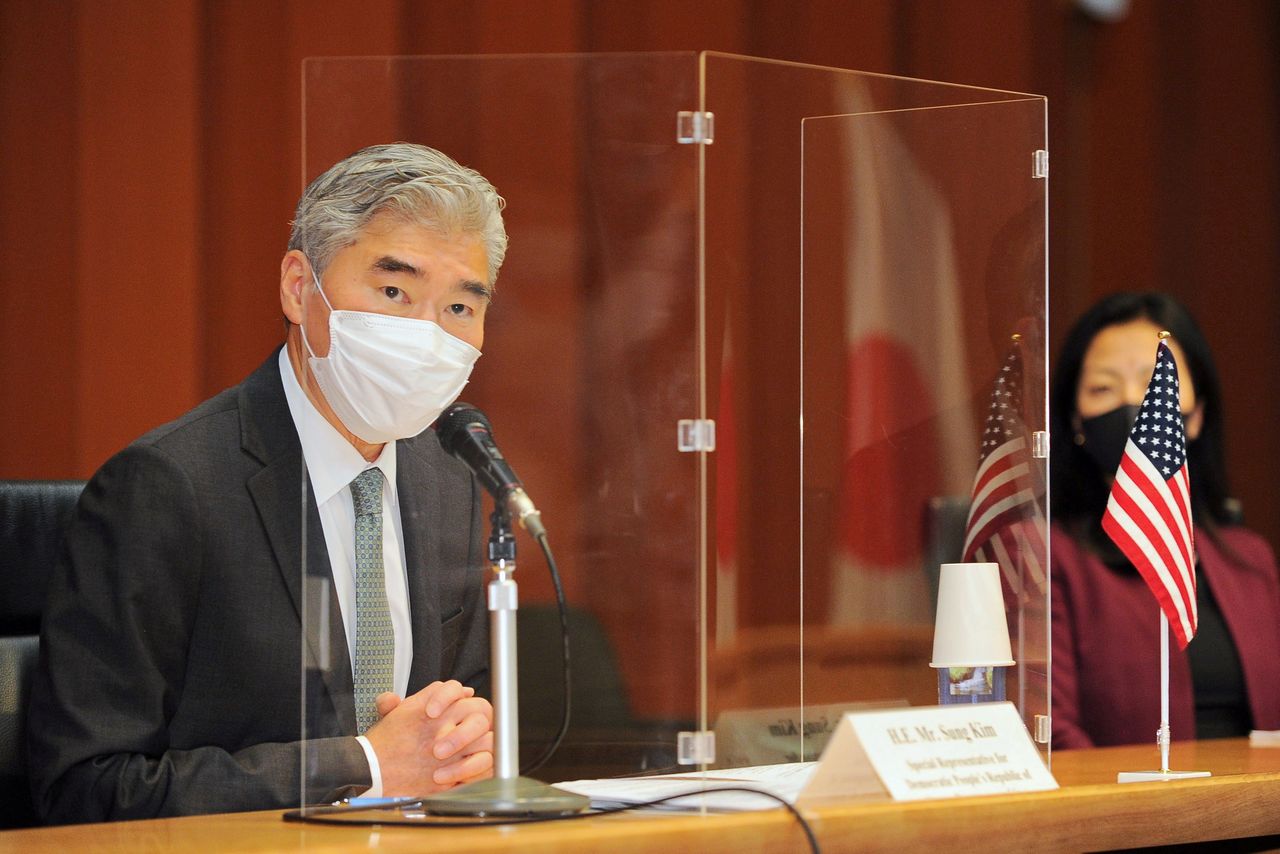 Special Representative Sung Kim's visit came days after North Korea fired a new submarine-launched ballistic missile https://www.reuters.com/world/asia-pacific/nkorea-fires-unidentified-projectile-off-east-coast-skorea-military-2021-10-19(SLBM), which prompted criticism from Washington and calls for a return to talks aimed at denuclearising the North in return for U.S. sanctions relief.

Kim, after talks in Washington with South Korean and Japanese counterparts on Tuesday, urged North Korea "to refrain from further provocations and engage in sustained and substantive dialogue."

Pyongyang so far has rejected U.S. overtures, accusing the United States and South Korea of talking diplomacy while ratcheting up tensions with their own military activities.

On Thursday, the North said the United States was overreacting https://www.reuters.com/world/asia-pacific/nkorea-says-us-overreacting-over-submarine-missile-test-2021-10-20 to its self-defensive SLBM test and questioned the sincerity of Washington's offers of talks, warning of consequences.

Arriving in South Korea, Kim said he looks forward to having "productive follow up discussions" with his counterpart, without elaborating.