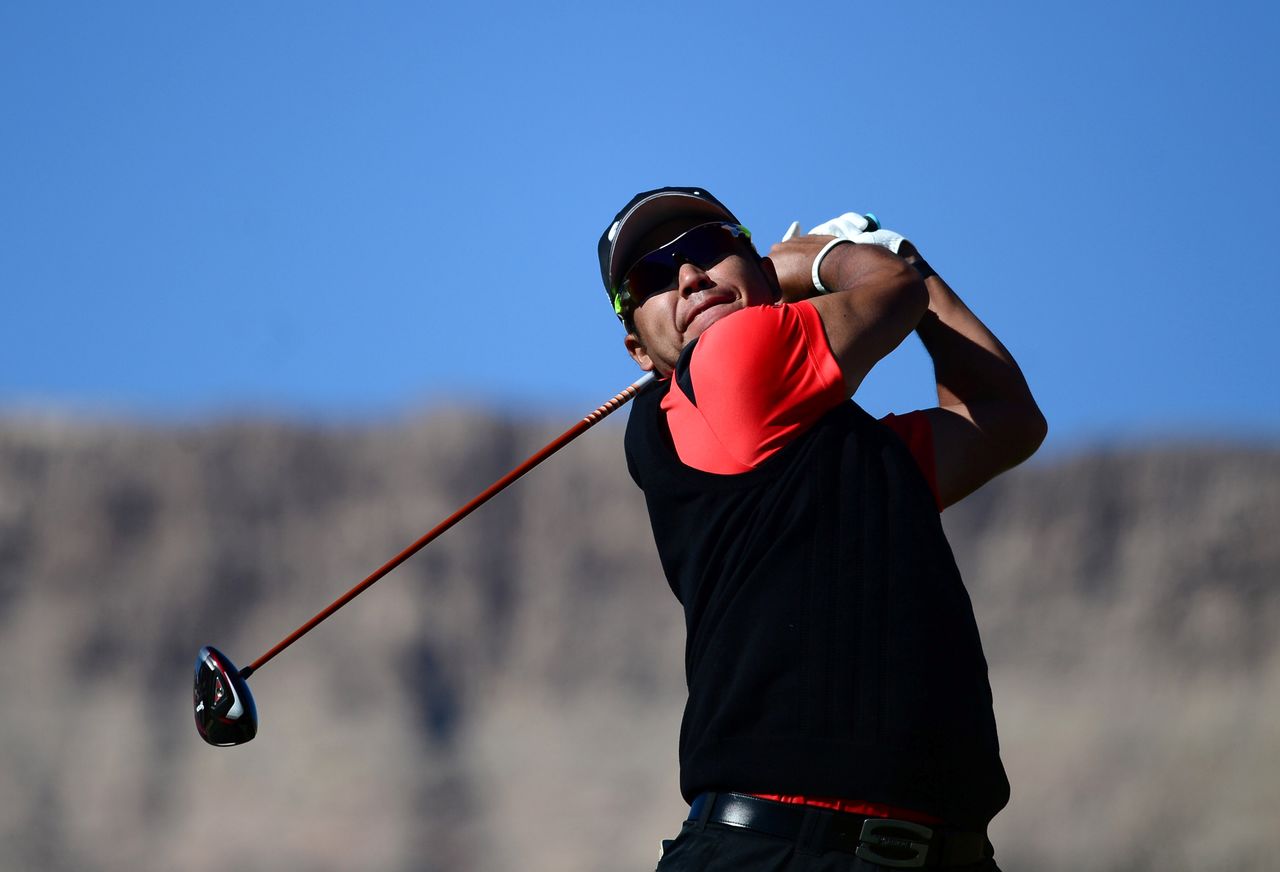 (Reuters) - A blistering back nine saw Masters champion Hideki Matsuyama hold off a determined challenge from Cameron Tringale to win the Zozo Championship by five shots in front of his adoring Japanese supporters on Sunday.

With the gallery restricted to 5,000 fans, Matsuyama's final round 65 earned him the title at the Narashino Country Club in Chiba as Tringale's challenge faltered over the final two holes.

The 29-year-old was forced to show his class over the back nine to see off the world number 69 and end the tournament 15-under-par, hitting a spectacular eagle on the 18th to seal the win in style.

Holding a one-shot lead over Tringale going into the final round, the Japanese golfer extended his lead by a stroke at the sixth when he rolled in a 40-foot putt to claim an eagle to the American's birdie.

But the pair ended the front nine level after Matsuyama's three-putt at the eighth saw his lead reduced and a birdie for Tringale at the next hole left the duo tied on 11-under.

A further birdie at the 10th put Tringale in front for the first time in the round, prompting a tournament-winning response from the home golfer.

The world number 19 birdied the 11th with a swinging putt from distance and then claimed another birdie at the 13th to retake the lead.

Matsuyama stroked in a 15-foot putt for a birdie at the 15th to move two shots clear and, after both players dropped a shot at the 17th, the Masters champion drained his eagle putt at the last following a superb approach to complete the win.

Trinagle's bogey at the last saw him drop into a tie for second with Brendan Steele, who had threatened to join the battle for the title when he went four-under for the first seven holes, but the American's momentum stalled in the back nine.

He held on to finish on 10-under, four shots ahead of Sebastian Munoz, who had started the day in third but slipped into a tie for fourth alongside Canada's Mackenzie Hughes and Englishman Matt Wallace.

Matsuyama is the third winner of the Zozo Championship and his victory comes two years after he finished as runner-up to Tiger Woods in the inaugural competition.

The tournament returned to Japan this year after being shifted to California last year due to COVID-19 travel restrictions.