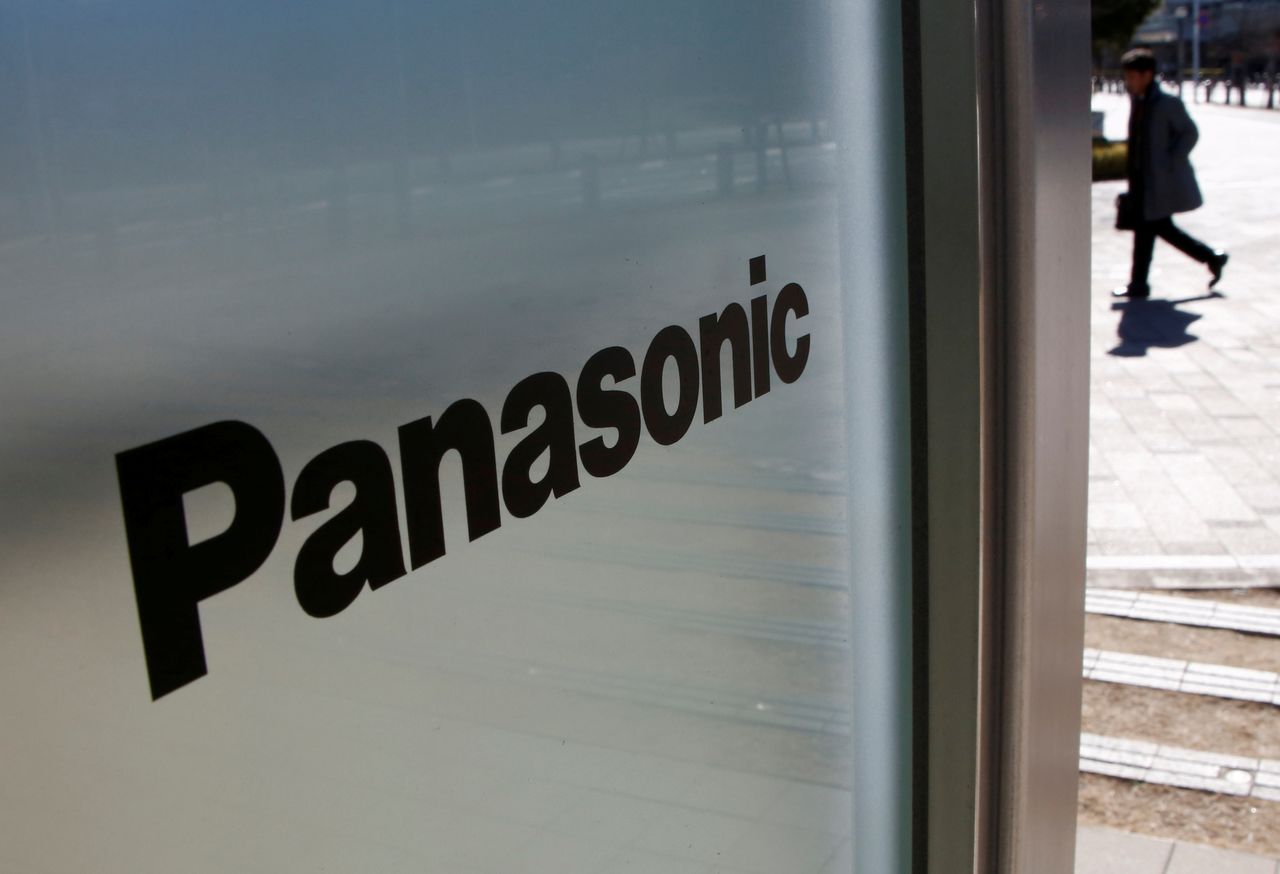 FILE PHOTO: A man is seen next to Panasonic Corp's logo at Panasonic Center in Tokyo, Japan, February 2, 2017. REUTERS/Kim Kyung-Hoon

During a media roundtable where Kazuo Tadanobu showed the battery that is around five times the size of those currently used by Tesla, he also said Panasonic had no plans to make cheaper Lithium Iron Phosphate (LFP) batteries for more affordable EVs.

Tesla's decision to diversify battery suppliers to companies such of South Korea's LG Energy Solution, and China's Contemporary Amperex Technology Co (CATL), and Panasonic's sale of Tesla shares had raised questions over the future of their decade-long partnership.

But as the sole manufacturer of the 4680 format (46 millimetres wide and 80 millimetres tall) battery, Panasonic should remain a critical link in the EV maker's supply chain, at least for its pricier models.

"We have developed this because of the strong desire of the other party, and we think this can only lead to stronger ties," Tadanobu said.

He did not say when Panasonic, which operates a plant in Nevada that supplies Tesla, would begin full-scale production.

Panasonic's decision to avoid LFP power packs means Tesla is buying those from CATL for some China-made Model 3 and Model Ys, and entry-level Model 3s in the United States.

LFP batteries, 95% of which are made in China, are considered cheaper and safer than nickel-based batteries, but have less energy density and need be recharged more often. Panasonic's auto batteries are nickel-cobalt-aluminum (NCA).

Tesla wants the cheaper cobalt-free Lithium Iron Phosphate (LFP) batteries for its standard-range electric vehicles but needs to figure out how to overcome political tensions to get a Chinese partner to build the iron-based batteries near its U.S. factories.

Apple Inc has also been in discussion with CATL and China's electric vehicle maker BYD about becoming LPF battery suppliers for its planned electric vehicle. Those talks, however have stalled https://www.reuters.com/business/autos-transportation/exclusive-apples-talks-with-chinese-battery-makers-catl-byd-mostly-stalled-2021-10-22 because the Chinese companies have refused to build plants in the United States, sources told Reuters last week.

Tadanobu declined to say whether Apple had approached Panasonic about buying EV batteries.