Soccer-U.S. great Lloyd says she won't stray far from the sport in retirement 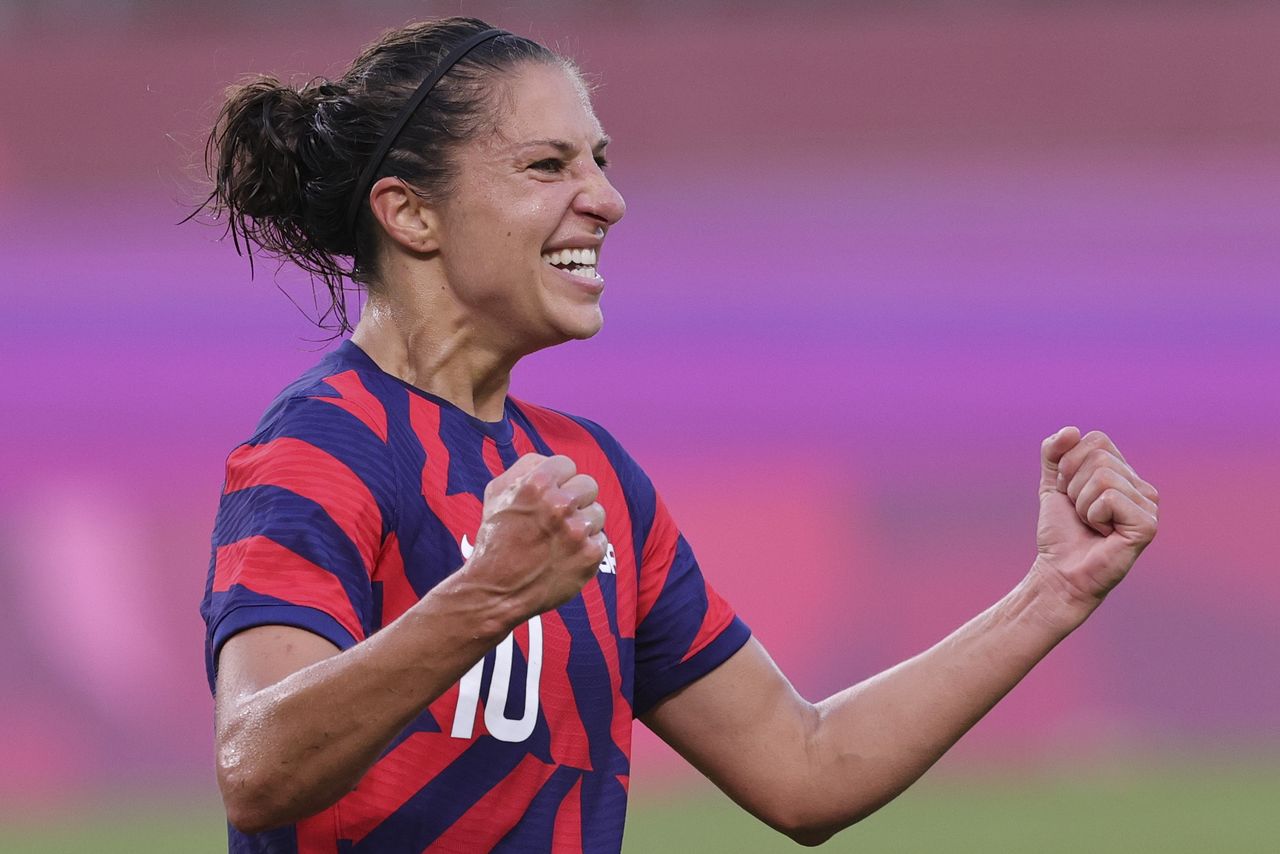 NEW YORK (Reuters) - Twice World Cup winner Carli Lloyd will put on the United States jersey one last time on Tuesday but was adamant she would not be leaving the sport of soccer entirely.

With two Olympic golds and the fourth-highest total of international goals to her name, the 39-year-old forward will leave a big pair of boots to fill after playing her final game for the U.S. against South Korea in Minnesota.

But Lloyd, who announced her retirement in August after the U.S. picked up bronze at the Tokyo Games, said fans do not have to worry about her going far.

"I don't think that that love and that passion will just go away as soon as I hang up my boots playing," said Lloyd, who told reporters she consulted with former team mates on how to embrace retirement.

"I can't leave the game altogether. This is a goodbye on the field but this is not a goodbye for me in the soccer world. I want to continue to help grow the game."

The second-most capped player ever with 315 games, behind compatriot Kristine Lilly on 354, Lloyd famously scored a hat-trick in the first half of the 2015 World Cup final, helping her earn the first of two FIFA Player of the Year honours.

In a sport of punishing physicality, Lloyd at times seemed only to improve with age, scoring 98 of her 134 international goals after turning 30.

"I don't think that there's many who understand what it actually takes," said Lloyd. "It's very tiring to continue to prove people wrong and it's nice knowing that for 17 years I've just been on that mission to be the best that I can be."

Lloyd will finish the season with her National Women's Soccer League (NWSL) team Gotham FC before ending a professional club career that has spanned 12 years and six top-tier teams.

U.S. women's national team head coach Vlatko Andonovski, who took over two years ago, described Lloyd as a constant source of inspiration and said it was difficult to overstate her impact.

"If she was a male soccer player in Europe, we would have statues of Carli Lloyd," said Andonovski. "Streets would be named after her, complexes, stadiums, everything.