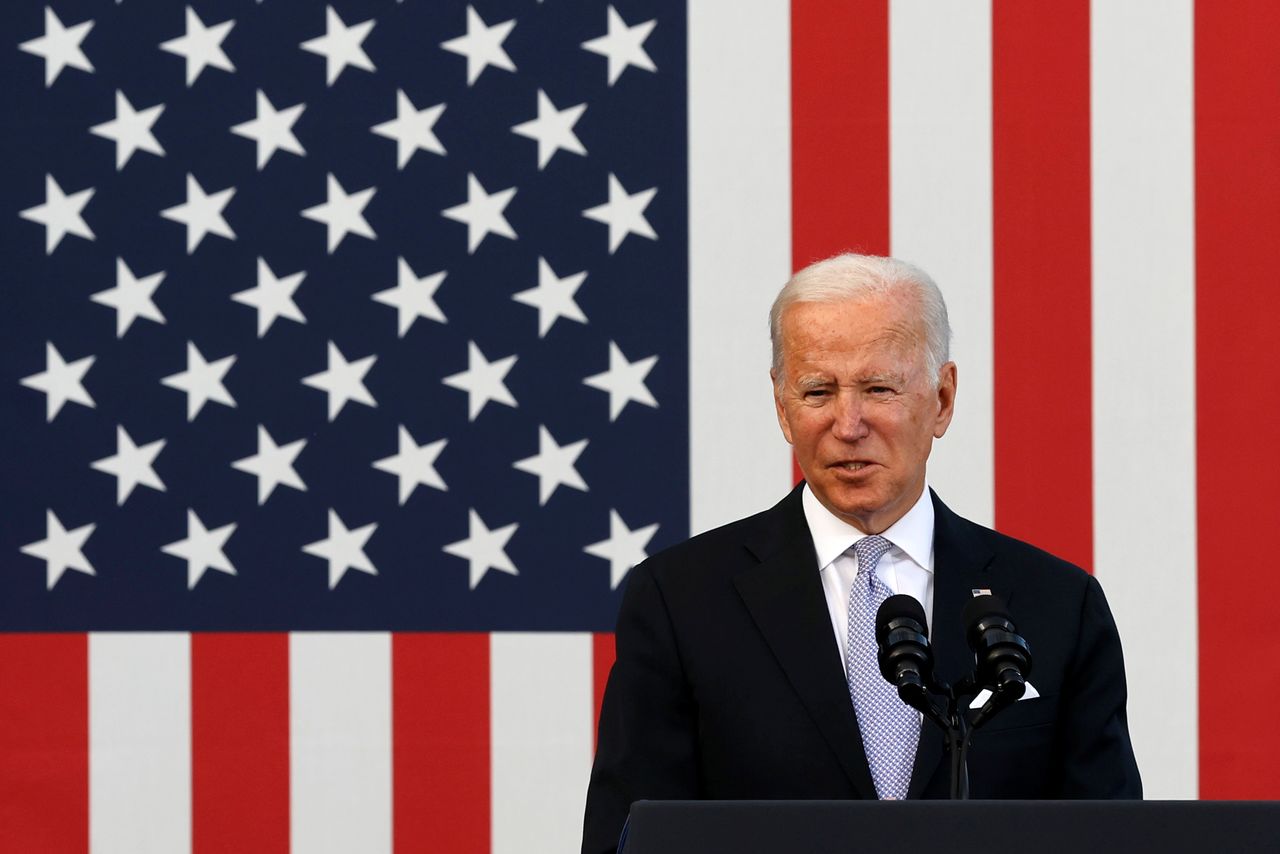 By David Brunnstrom and Ain Bandial

WASHINGTON/BANDAR SERI BEGAWAN (Reuters) - U.S. President Joe Biden will take part in a virtual summit with the Association of Southeast Asian Nations (ASEAN) on Tuesday, the first time in four years Washington will engage at the top level with a bloc it sees as key to its strategy of pushing back against China.

The U.S. embassy in Brunei told Reuters Biden will lead the U.S. delegation for the ASEAN-United States summit, part of a series of ASEAN leaders' meetings this week.

The White House said Biden would discuss the "enduring" U.S. commitment to ASEAN's central role in regional affairs and new initiatives to strengthen the U.S. strategic partnership with the bloc, "as we work together to end the COVID-19 pandemic, address the climate crisis, promote economic growth, and address a range of other regional challenges and opportunities."

The United States has not joined the meetings at the presidential level since Biden's predecessor, Donald Trump, attended an ASEAN-U.S. meeting in Manila in 2017.

U.S. officials, however, have not made specific mention of China in the run-up to the meeting as they work to set up a virtual summit between Biden and Chinese leader Xi Jinping later this year.

They expect Biden to focus on collaboration on COVID-19 vaccine distribution, climate, supply chains and infrastructure.

He is also expected to assure ASEAN that a recent U.S. focus on engagement with India, Japan and Australia in the so-called Quad grouping and a deal to supply Australia with nuclear-powered submarines are not intended to supplant ASEAN's central regional role.

Edgard Kagan, senior director for East Asia at the White House National Security Council, stressed https://www.reuters.com/world/asia-pacific/us-says-delivering-vaccine-pledge-asia-key-quad-credibility-2021-10-20 last week that Washington does not see the Quad as "an Asian NATO" and that it was not intended to compete with ASEAN.

"This will be Biden's first meeting with the leaders of ASEAN as president, so he will want to assure them that Southeast Asia matters to his administration," said Murray Hiebert, a Southeast Asia expert with Washington's Center for Strategic and International Studies think tank.

Hiebert said ASEAN leaders would be anxious to hear of any U.S. plans to step up provision of COVID-19 vaccines to the region, which has been hard hit by the pandemic, and how Washington plans to engage on trade, investment and infrastructure.

Biden has given no sign of any plan to return to a regional trade framework Trump withdrew from in 2017, and an Asian diplomat, speaking on condition of anonymity, said the lack of an economic element in U.S. regional engagement was a major gap.

"The piece that is most important for the region, is the economic piece," the diplomat said. "We’re kind of stuck in that the region says: ‘You’ve put in place a strategic sort of competitive structure with China, but this doesn't benefit the region at all. And, meanwhile, all of us have got economic relationships growing with China.’"

The ASEAN meetings will take place without Myanmar military leader Min Aung Hlaing, who overthrew a civilian government on Feb. 1 - a rare exclusion for a grouping usually known for non-interference.

Kagan called this a significant step https://www.reuters.com/world/asia-pacific/asean-summit-without-myanmar-leader-significant-not-enough-us-2021-10-20 but said more needed to be done to address the challenges Myanmar is facing.

(Reporting by Ain Bandial in Bandar Seri Begawan and David Brunnstrom in Washington; editing by Jonathan Oatis and Lincoln Feast.)