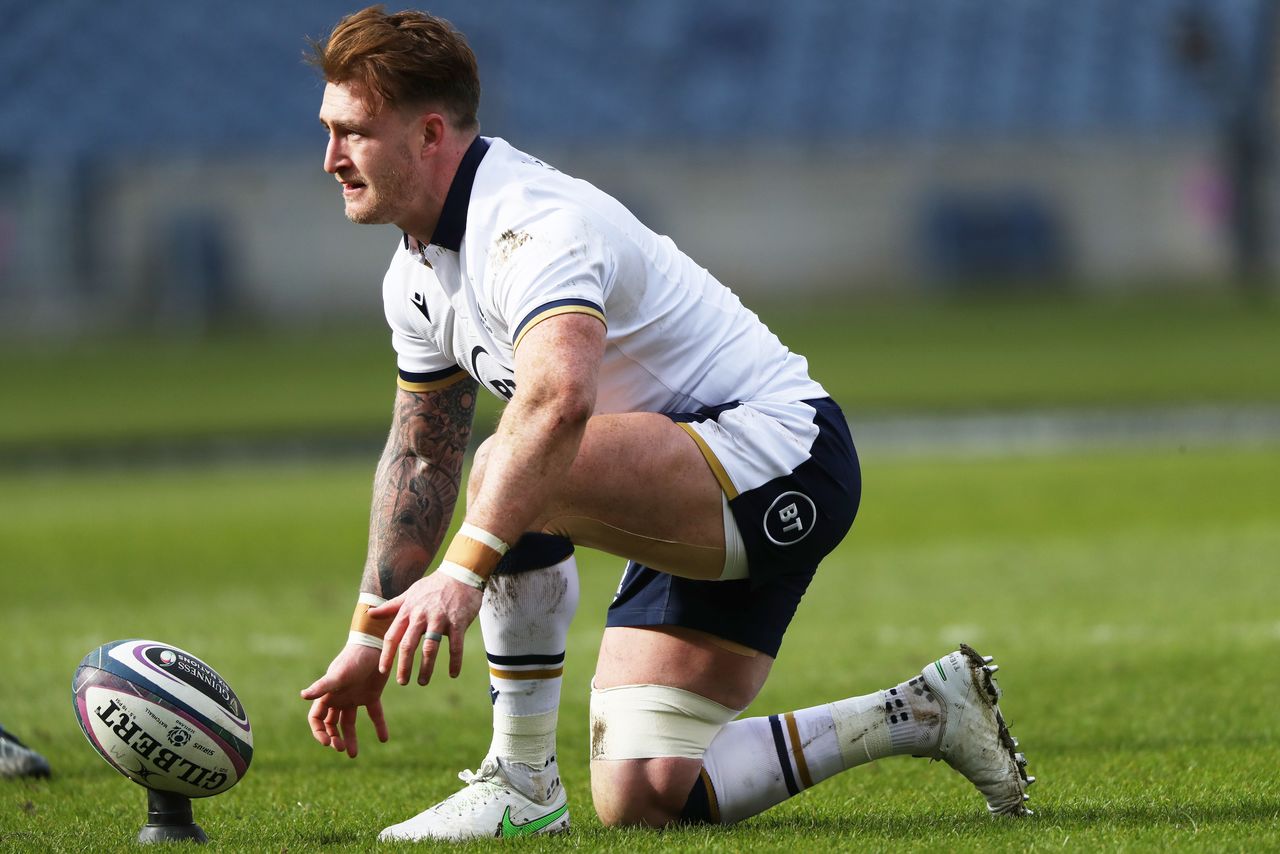 (Reuters) - Scotland captain Stuart Hogg plans on having fewer post-match beers and has lost five kilograms in a bid to improve his physical and mental health after feeling "drained" following the British & Irish Lions series defeat in South Africa.

Hogg will not feature in Saturday’s opening test of the autumn series against Tonga as it falls outside of the international window and he has club commitments with Exeter, but will be a key figure in the clashes against Australia, South Africa and Japan that follow.

He concedes it was a tough few months after he was dropped by Exeter for the English Premiership semi-final and final, and from the final Lions test against the Springboks.

"I was physically and mentally drained after a season-and-a-half of rugby was played in one year. After the Lions I felt I needed an extended break," Hogg told reporters on Tuesday.

"I lost five kilograms and looked after my body a lot better over the last few months. I’m trying to get myself in the best place physically and mentally to go out there and perform.

"I’ve given up a lot of alcohol. Over the summer it’s nice to unwind, but it affects how I feel as a sportsman and a person."

Hogg says his new focus on the mental side of the game has made a big difference already.

"We've seen some examples in the Olympics, where people have not been able to be themselves in these huge occasions because their mental side is not where it needs to be," he said.

"More and more of the boys are tapping into this. For me this has been a massive difference since the Lions tour, to get to where I am now."

Hogg said the upcoming four games will be important for Scotland in building towards the 2023 Rugby World Cup in France, especially with a number of new faces in the squad.

"The long-term goal is to be in the best place possible for the World Cup. The reality is we have to take game by game, and over the next four weeks we have four very different challenges," he added.

"We are here to win, let’s not beat around the bush. But whether we win or lose, we will learn and grow."