TOKYO (Reuters) - A Japanese startup backed by soccer player Keisuke Honda hopes to persuade wealthy consumers to swap their supercar for a 77.7 million yen ($680,000) hoverbike which went on sale on Tuesday.

The "XTurismo Limited Edition" from Tokyo-based drone startup A.L.I. Technologies is equipped with a conventional engine and four battery-powered motors and promises to fly for 40 minutes at up to 100 kph (62 mph).

"Until now the choice has been to move on the ground or at scale in the sky. We hope to offer a new method of movement," Chief Executive Daisuke Katano told Reuters.

The black and red hoverbike consists of a motorcycle-like body on top of propellers. The machine rests on landing skids when stationary.

The startup, whose backers include industrial heavyweights Mitsubishi Electric and Kyocera, demonstrated the bike with a short flight a few metres off the ground at a race track near Mount Fuji.

Katano said that in the near term its uses will be limited to such sites - and will not be allowed to fly over Japan's packed roads. But the bike could be used by rescue teams to reach difficult to access locations, he said.

Funding is flowing to startups from California-based Joby Aviation to Israel's AIR who promise to usher in an era of personal air transportation from jetpacks to flying taxis.

Commercial success for A.L.I. Technologies, whose suppliers include engine maker Kawasaki Heavy, would help reinforce Japan's industrial edge amid a generational shift towards new technology such as autonomous and electric vehicles. 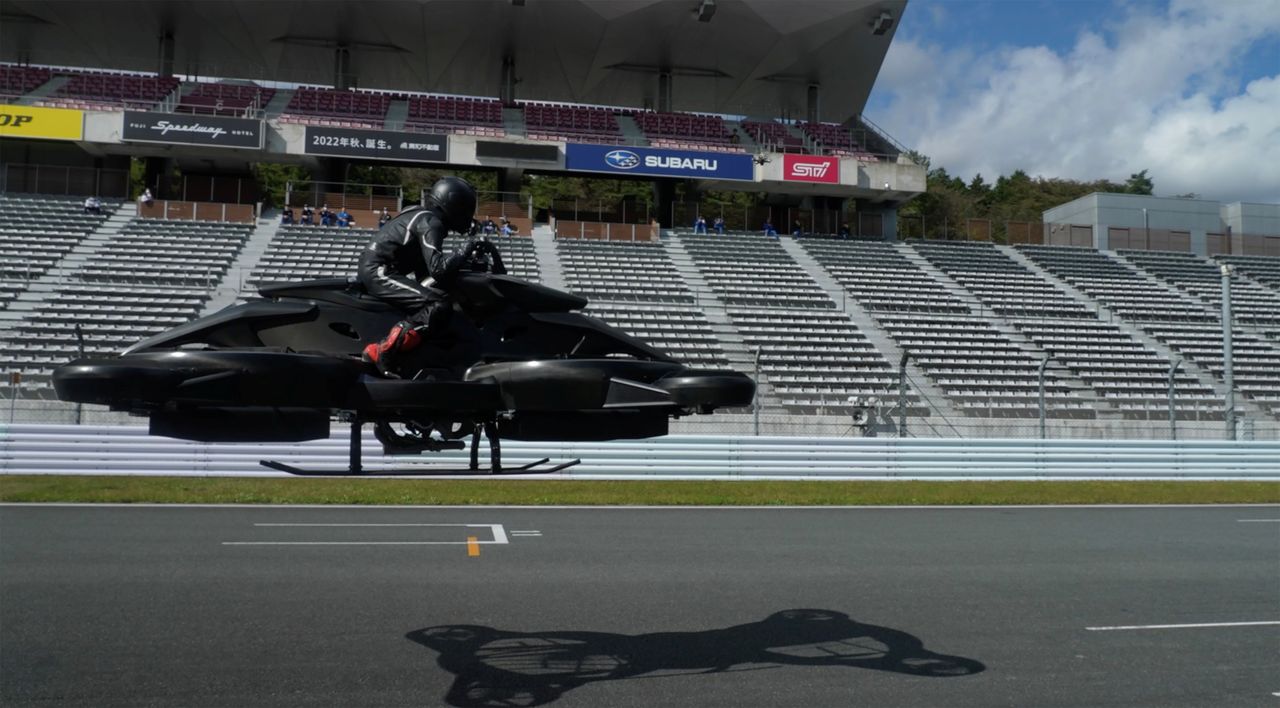 In a video grab from Japanese startup A.L.I. Technologies, the "XTurismo Limited Edition" hoverbike is pictured during its demonstration at Fuji Speedway in Oyama, Shizuoka Prefecture, Japan, October 26, 2021. A.L.I. Technologies/Handout via REUTERS 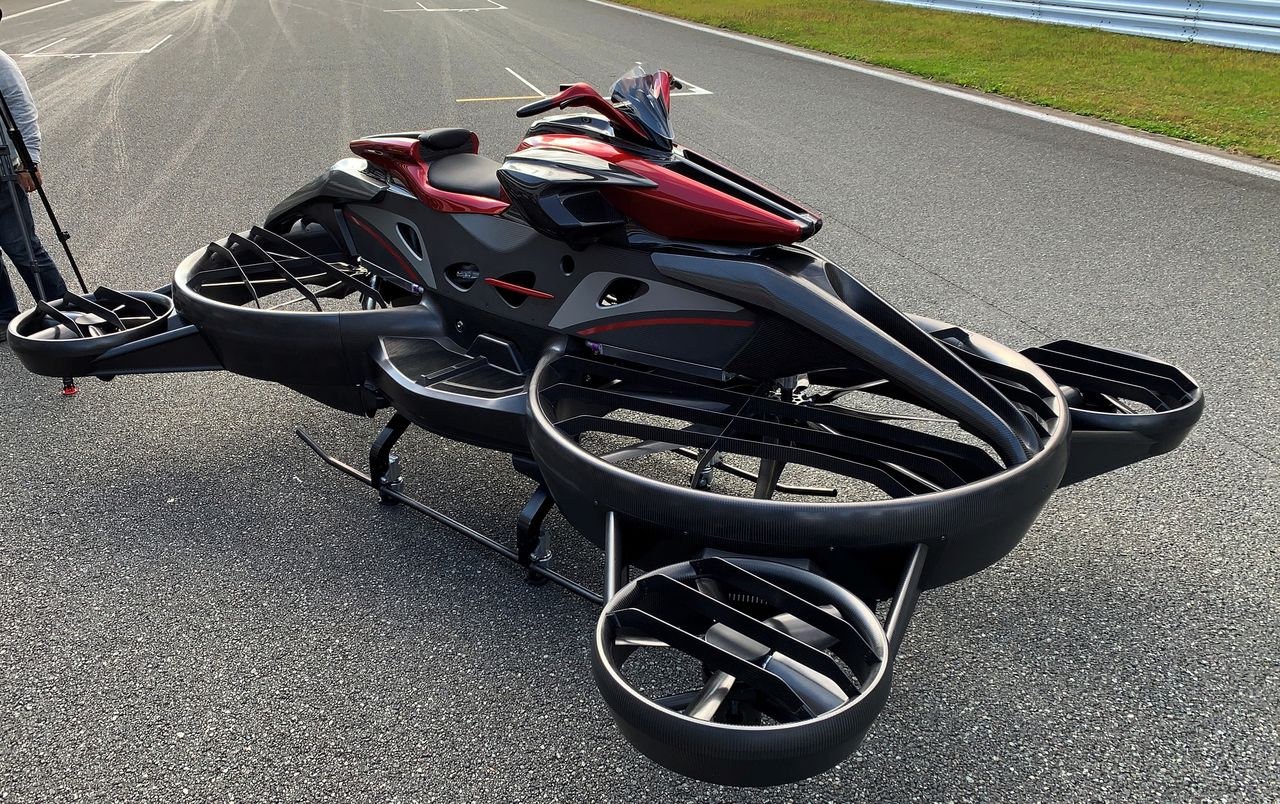 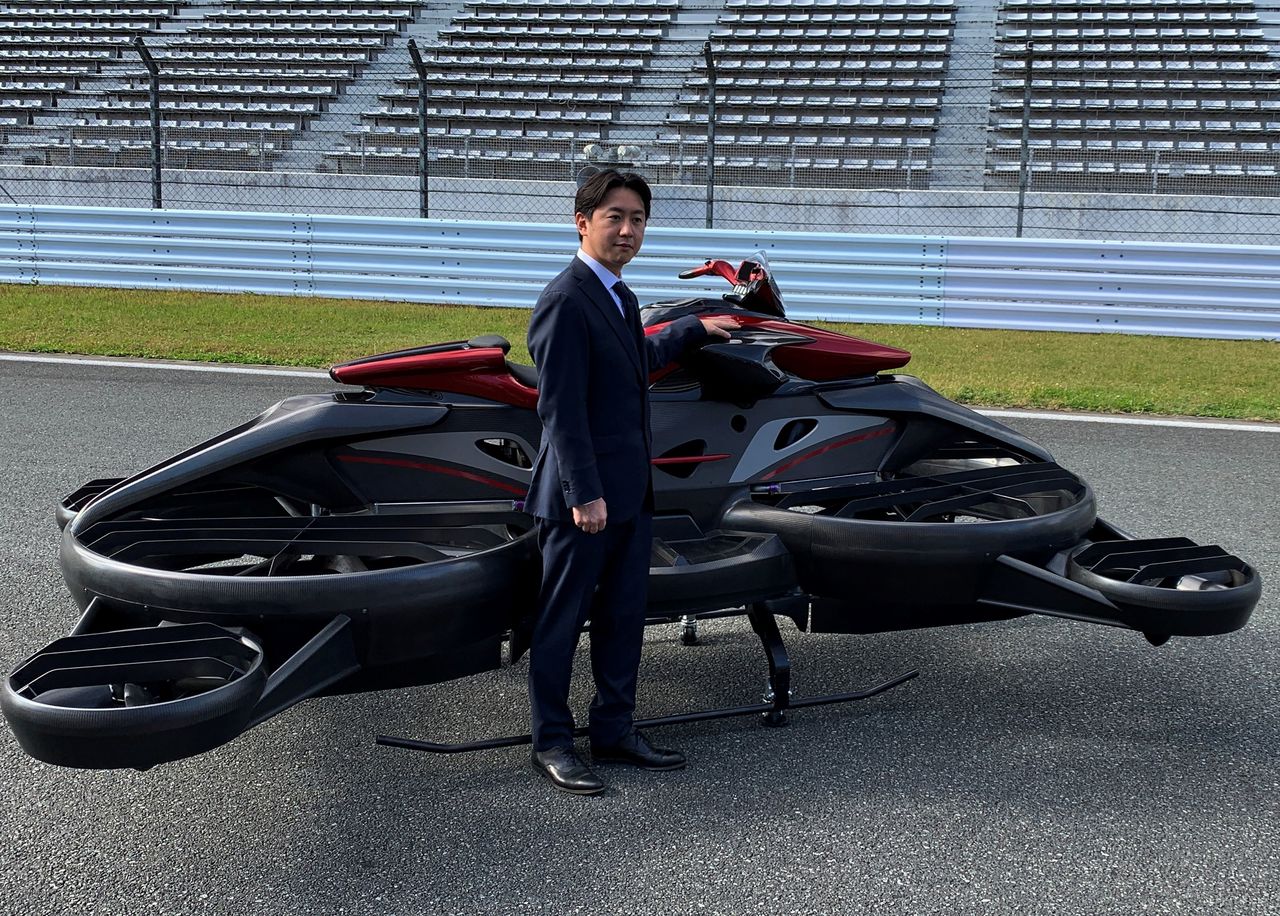