By Tony Munroe and Gabriel Crossley

BEIJING (Reuters) -With 100 days until the start of the Winter Olympics, Beijing is promising a "simple and safe" 2022 Games - although preparations are anything but simple as China readies to host thousands of athletes and personnel as it battles flare-ups of COVID-19.

Beijing will be the first city to stage both the Summer and Winter Games, but the 2022 event is shadowed by the coronavirus pandemic and calls from human rights groups for a boycott over China's treatment of Tibet, Uyghur Muslims and Hong Kong.

The Games will run Feb. 4 to 20, with all participants subject to daily COVID-19 tests and no international spectators. Unlike this year's Tokyo Summer Games local spectators will be allowed at events in and around the Chinese capital.

Athletes and other Games-related personnel will be enveloped in a "closed loop" including three clusters of venues - one in downtown Beijing, one in the outskirts near the Great Wall, and one to the northwest of the city, in Hebei province.

"Keeping the virus under control is the biggest challenge for us as hosts of the Winter Olympics," Zhang Jiandong, Beijing's vice mayor, told a Wednesday briefing.

"If we cannot be COVID-19 secure, then we will not have hosted the Olympics successfully," he said.

Unlike the Tokyo Games, which were delayed by a year and stalked by speculation they would be cancelled, there has been little doubt the Beijing Winter Olympics will take place - no matter what - as an increasingly assertive China seizes the opportunity to demonstrate soft power.

Still, the countdown comes as China, with some of the world's most stringent COVID-19 controls, manages small Delta variant outbreaks. The Beijing and Wuhan marathons were recently postponed, with curbs on travel into the capital announced due to dozens of daily new cases.

Such restrictions have contributed to a lack of the anticipatory buzz that marked the Beijing 2008 Summer Olympics - an extravaganza widely seen as China's global coming-out party.

On Wednesday, China reported 50 new locally-transmitted cases for the previous day - the most since Sept 16 but still tiny by global standards.

Since then, China has risen to superpower status, locked in antagonistic competition with the United States and under the increasingly authoritarian leadership of President Xi Jinping, with tightened censorship and suppression of dissent.

During the torch-lighting ceremony in Athens earlier this month, rights activists unfurled a banner reading "No Genocide Games" and waved a Tibetan flag, although the ceremony itself was not interrupted, as had been the case for the 2008 Beijing Summer Games.

Rights groups and some U.S. lawmakers have called on the International Olympic Committee to postpone the Winter Games and relocate the event unless China ends what the United States deems ongoing genocide against Uyghurs and other Muslim minority groups.

Activists and U.N. rights experts have said that at least 1 million Muslims were detained in camps in Xinjiang since 2017. Beijing denies all allegations of abuse of Uyghurs and describes the camps as vocational training facilities to combat religious extremism.

While no country has said its athletes will boycott the Games, European, British and American lawmakers have all voted for their diplomats to do so.

Some facilities built for 2008 will be re-used, including the Bird's Nest Stadium, which will again be the site of the opening and closing ceremonies. Others have been newly built near the city of Zhangjiakou in Hebei province, connected to Beijing by high speed rail, with the region's cold but dry winters requiring the help of artificial snow to cover slopes.

The Games are also set to feature players from North America's National Hockey League after they skipped the 2018 edition in Pyeongchang, South Korea, with superstars like Canada's Sidney Crosby and Russia's Alexander Ovechkin poised to add star power.

And while Xi has positioned the Games as an opportunity to accelerate development of winter sports, China is not expected to be among the biggest medals winners.

China topped the gold medals table at the 2008 Summer Games and came second at Tokyo, but won just one in the Winter Games in Pyeongchang and finished 14th overall. 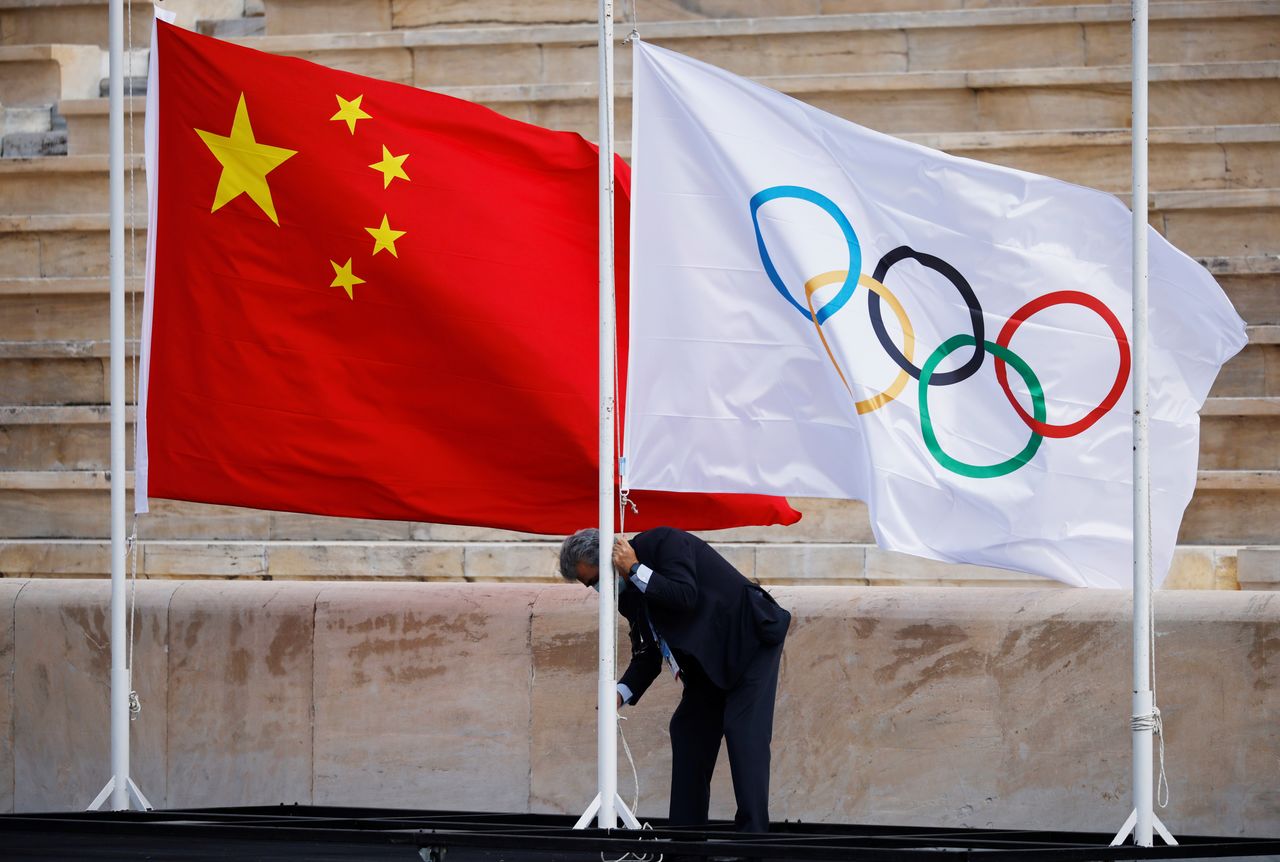 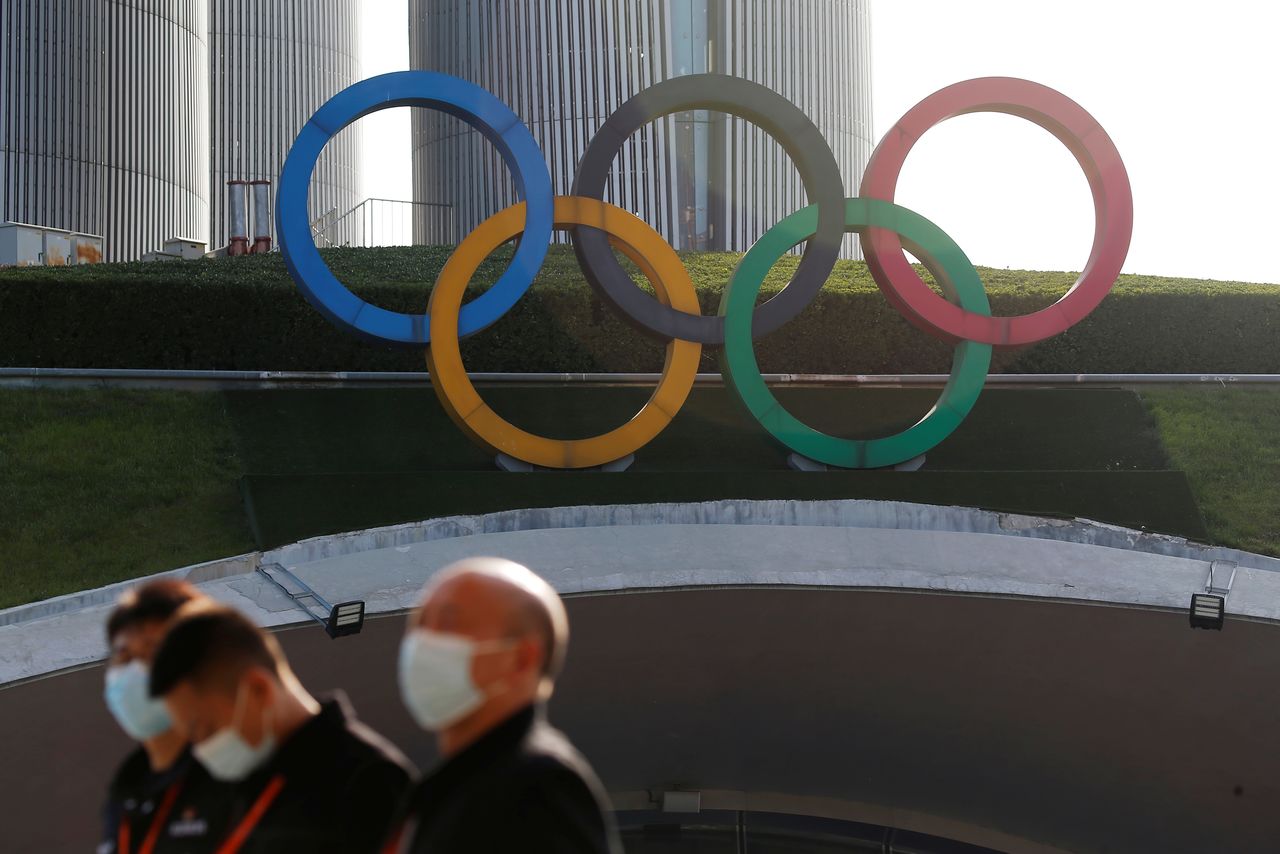 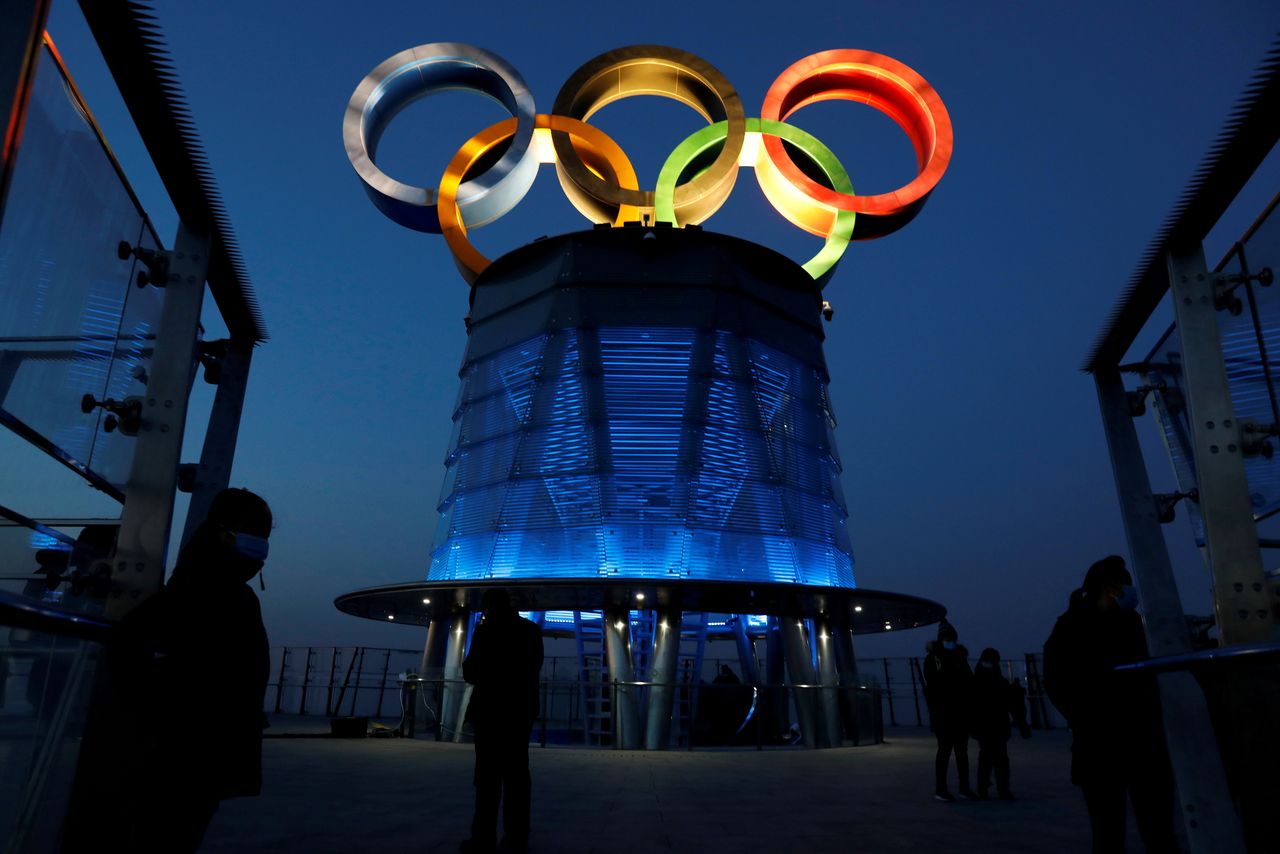 FILE PHOTO: People wearing face masks following the coronavirus disease (COVID-19) outbreak are seen near the lit-up Olympic rings at top of the Olympic Tower, a year ahead of the opening of the 2022 Winter Olympic Games, in Beijing, China February 4, 2021. REUTERS/Tingshu Wang