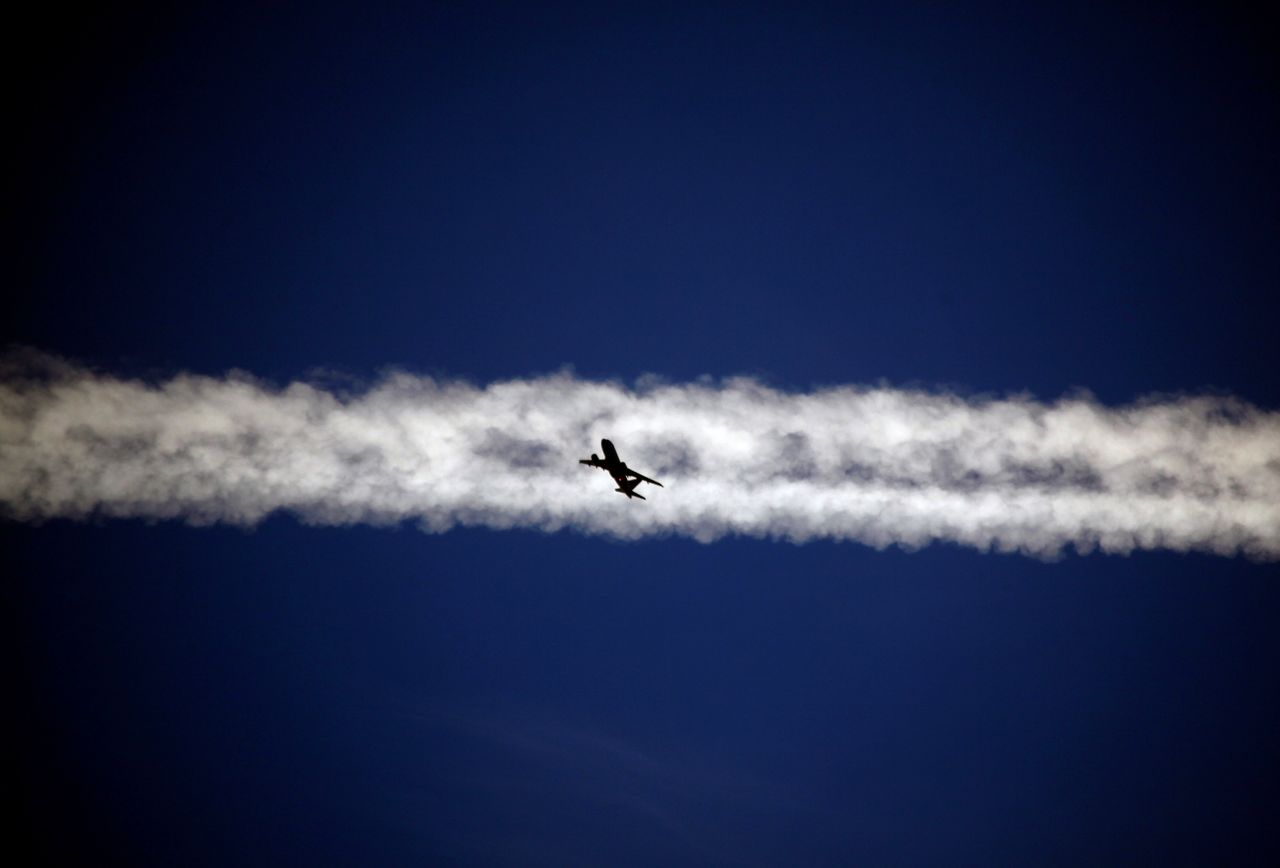 FILE PHOTO: An aeroplane flies underneath the jet stream of another aircraft above the Italian city of Padova September 18, 2013. REUTERS/David Gray

SYDNEY (Reuters) - Some airlines risk failure if they do not cut carbon emissions quicker in the next three to five years due to a mismatch between short-term corporate travel targets and the airline industry's 2050 net zero target, an industry report said.

Airlines are also at a rising risk of shareholder activism at a time when major fund managers such as BlackRock Inc, Vanguard Group Inc and State Street Corp have publicly expressed concerns about climate change, the report from CAPA Centre for Aviation and Envest Global released on Wednesday said.

"The pressure from customers and governments and investors is going to probably demand an acceleration of the journey to net zero, which is clearly going to put pressure on airlines," said David Wills, advisory executive director at Australian carbon reduction strategy firm Envest.

"The conditions are right for airlines who get it wrong to find themselves in a potential failure situation," he added.

"Our view is that smart airlines will pivot to reinforcing not only 2050 but enhancing their definitive views on 2030, because they will be looking to engage with their corporate customers more," said Brett Mitsch, Envest's executive director of investment.

The CAPA/Envest report found the top quartile of 52 global airlines examined emitted an average of 30% less per passenger kilometre flown in 2019 than those in the bottom quartile.

JAL said it was introducing more fuel efficient planes and looking to secure more sustainable aviation fuel to meet a target of lowering absolute emissions by at least 10% from its 2019 levels by 2030.