Factbox: Which countries and blocs are major players at the Glasgow climate summit? 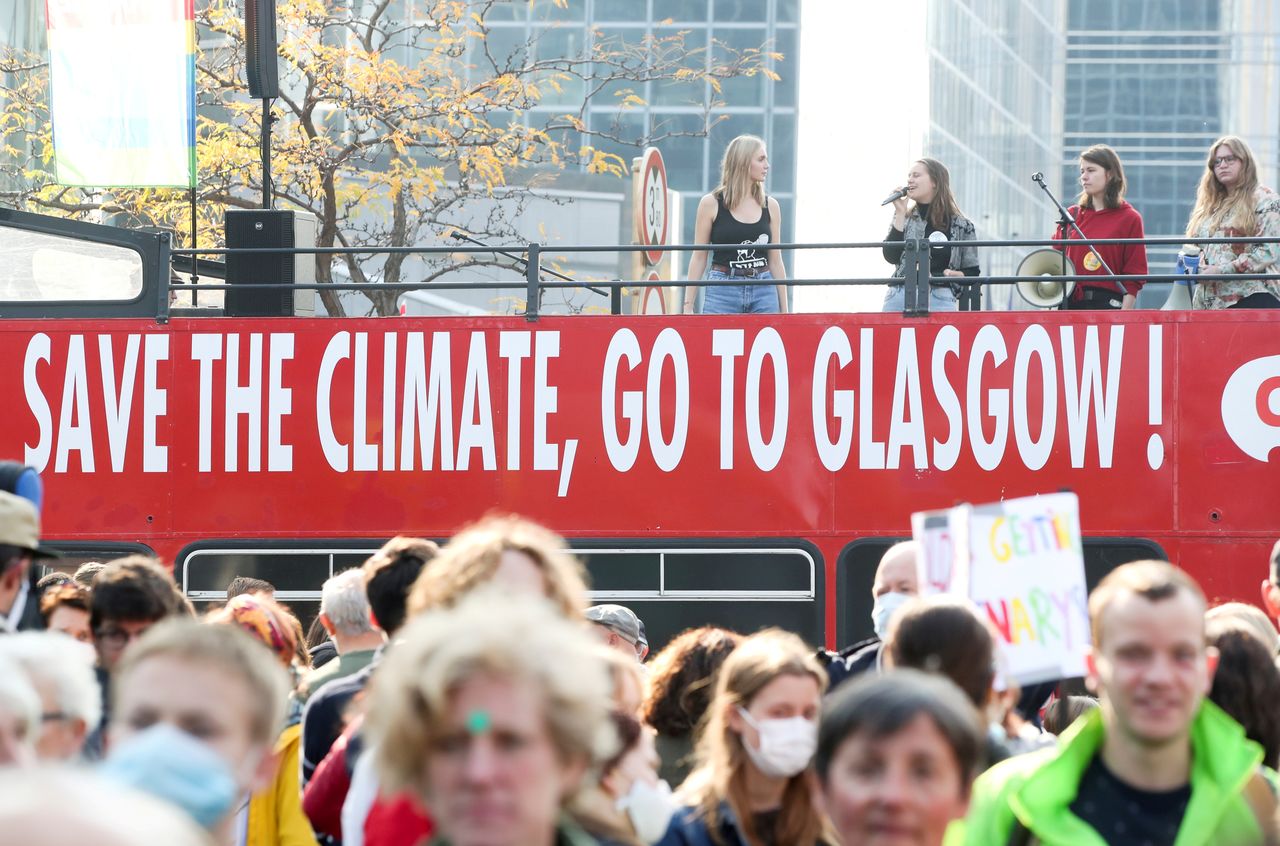 FILE PHOTO: People take part in a Climate March in Brussels, Belgium, ahead of the COP26 climate summit in Glasgow, October 10, 2021. REUTERS/Yves Herman

(Reuters) - The diverse interests among the 197 signatories to the U.N. Framework Convention on Climate Change (UNFCCC) make for a tough challenge reaching consensus on the next steps to stem global warming. Here are some of the main stakeholders in the U.N. climate conference (COP26) starting in Glasgow on Oct. 31.

Currently the world’s top carbon emitter, China’s near-future actions will help determine whether the world can meet its climate goals. It is also facing the impact of climate change, including extreme rainfall that devastated the province of Henan and unleashed flooding that killed more than 300 people in the summer.

President Xi Jinping said last year China planned for an emissions peak in 2030 and carbon neutrality by 2060 – 10 years beyond the target scientists say is needed. China also pledged to halt funding coal projects overseas and to start cutting its own coal consumption in 2026. But an economic slowdown coupled with power shortages in recent weeks have fueled policymakers’ arguments that China is not yet ready to make bolder moves.

Xi is not expected to attend the talks in person, and China will likely send vice-environment minister Zhao Yingmin, but analysts say that without Xi there would be little chance for a bold announcement.

The United States is currently the world’s second-largest carbon emitter but has historically put more carbon dioxide into the atmosphere than any other country since the Industrial Revolution. It returns this year to U.N. climate talks, after former President Donald Trump pulled the United States out of the Paris Agreement and eschewed global efforts to curb emissions.

U.S. public awareness has grown amid a series of climate-fueled disasters, including wildfires and the worst drought in nearly a century in the U.S. West.

President Joe Biden rejoined the Paris Agreement and has pledged that the country will cut its greenhouse gas emissions by 50-52% from 2005 levels by 2030.

But domestic climate legislation is facing headwinds in Congress. A lack of concrete policies will undermine U.S. efforts in Glasgow to push major emitters like China, India and Brazil to do more, diplomats and NGOs have said.

The conference host, along with Italy. British minister Alok Sharma, who is leading the conference, said he hopes the talks “consign coal power to history.”

In 2019, Britain pledged to reach net-zero emissions by 2050, and earlier this year committed to a 78% reduction in greenhouse gases by 2035 compared to 1990 levels. But Prime Minister Boris Johnson's government faces a dilemma: there is increasing public pressure to halt new North Sea oil and gas exploration, but doing so would leave the country more reliant on imported fuel.

The 27-country bloc produces around 8% of global greenhouse gas emissions, and its emissions have been trending downward for years. The EU has fixed into law targets to cut net emissions at least 55% by 2030 from 1990 levels, and reduce them to zero by 2050. Now, its member countries are negotiating a huge legislative package to meet those goals.

Extreme heatwaves and floods killed thousands in Europe over the last two years.

EU countries negotiate as one group at the climate talks, and are expected this year to push for rules requiring stronger climate targets every five years from all countries, a position likely to prove sticky in negotiations.

This group represents the world's 46 poorest nations, whose 1 billion citizens across Africa, Asia-Pacific and the Caribbean are particularly vulnerable to climate change, but least responsible for causing it.

Along with blocs such as the African Group of Negotiators and the Climate Vulnerable Forum, LDCs are expected to push wealthy countries to honour a pledge to provide $100 billion per year in climate finance to the developing world for the 2020-2024 period - a target they are on track to miss.

Brazil, South Africa, India and China make up this bloc of populous, fast-developing countries with high-polluting economies. Each has called on rich countries to provide more climate financing, and have demanded equity through the UNFCCC concept of “common but differentiated responsibilities” – meaning wealthy countries that contributed the most emissions to the atmosphere have a greater responsibility to address it.

New Delhi has said the current $100 billion a year pledge is not enough, and that India is unlikely to commit to a net-zero target by 2050. Brazil also wants financial compensation to halt rampant Amazon deforestation. South Africa wants stronger evidence developed countries will come up with the annual $100 billion they have promised, but also says the figure should be more like $750 billion.

OTHER NEGOTIATING BLOCS INCLUDE:

Representing 48 countries most at risk from climate impacts, including Bangladesh and the Maldives, this group urges the need for a strong global agreement and is also asking for countries to update their climate pledges annually, instead of every five years.

Spearheaded by the UK and Canada, 41 nations and dozens more local governments and private companies have pledged a faster transitions from coal to clean energy.

Formed in 2014 by the Marshall Islands, Costa Rica, the United States and the EU, this group pushes for more progressive emissions targets and climate policies.

A longtime alliance of 77 developing countries and China, this group holds the line on the concept that different countries have differing responsibilities.

Africa’s U.N. members will push for additional climate financing for the developing world.