KASHIWAZAKI, Japan (Reuters) -Prime Minister Fumio Kishida's push to restart Japanese nuclear power plants idled after the Fukushima disaster faces stiff opposition ahead of a general election on Sunday, where his future as leader hangs in the balance if the vote is tight.

A decade after triple meltdowns at Fukushima forced mass evacuations and a shut-down of the nuclear industry, Japan has restarted only a third of its 33 operable reactors.

Debate over whether to fire more of them back up is highly charged, with 40% of the population opposing the move.

It matters most in rural cities hosting the idled plants which had once relied on them for economic activity, such as Kashiwazaki, 265 km (165 miles) northwest of Tokyo - home to the world's largest atomic power complex.

"The reason why we feel so strongly about this is because we feel the danger of the nuclear power plant - it hangs over our heads every day," said Mie Kuwabara, a resident of a town close to Kashiwazaki and anti-nuclear activist.

Voters mostly care about economic recovery from the pandemic. But energy policy came into sharp focus last month, when Kishida beat a popular anti-nuclear candidate in the race for the Liberal Democratic Party (LDP) chief.

Amari says Japan must revert to nuclear power to meet its 2050 carbon neutrality pledge, avoid rapidly rising prices of imported coal and gas and to cut its reliance on other countries for energy needs.

Amari faces a tight race in his home district, where he is struggling to attract support from anti-nuclear junior coalition partner, Komeito.

Opposition to his plan is strong in Kashiwazaki too.

"This prefecture as a whole, even within the LDP, is united behind the idea that the nuclear power plant can't be restarted," said Mineo Ono, who runs the LDP's local chapter where anti-nuclear proponent Taro Kono polled higher than Kishida in the leadership race vote.

The nuclear regulator upended plans for a restart of the Kashiwazaki-Kariwa plant, which can power 24 million households, in April, after identifying operational issues including faulty intruder detection alarms and the misuse of ID cards.

Nation-wide, restarts have been delayed by technical issues, lawsuits and regulatory reviews.

Tepco in an emailed statement apologised and said it would work to regain the trust of locals. It added that while nuclear energy is instrumental in achieving carbon neutrality, the time is not right to discuss restarts.

That poses a problem for the LDP, which polls show is on the brink of losing its simple majority, an outcome that would still let it cling to power thanks to the coalition with Komeito, but that may lead to a push inside the party to oust Kishida.

The government said in its latest energy policy on Friday it would double 2020 levels of renewable energy to 38%, but has maintained nuclear power will provide some 22% of the country's energy by 2030, up from 6% in the 2018 financial year.

Kashiwazaki, a town of 80,000, sits on the coast of the Sea of Japan. In the evening, buses unload workers maintaining the complex around the main train station.

"We host the world's biggest nuclear plant, but that energy goes mostly to Tokyo and its surrounding regions. Locals feel deeply about that," LDP's Ono said. There is a 'divide' between the sentiment of the locals and people in Tokyo, he said.

A restart is critical for Tepco, which needs money to fund the clean-up at its Fukushima plant. Restarting two reactors at Kashiwazaki-Kariwa would save an estimated $880 million per year in fuel costs, it says.

But even the local chamber of commerce, instrumental in wooing the plant which started operations in 1985, says it is tired of what it sees as Tepco's repeated failures.

"It's almost unbearable, seeing how shoddy they are," said chamber of commerce chief Masao Saikawa.

To allay these fears, Kenichi Hosoda, the LDP candidate in the district who serves as the vice minister at the Ministry of Industry overseeing energy policy, has toned down his pro-nuclear message.

"Now is not the time to discuss the issue," he told Reuters after a recent rally held near the plant.

In response to a question on why discussions on the nuclear plant have been toned down before the vote, local LDP leader Ono spoke of "a large group of swing voters who the candidates have to capture."

"When it comes down to it, the issue of nuclear energy will be the dividing factor. It's a fact that the nuclear element has an influence," said Ono. 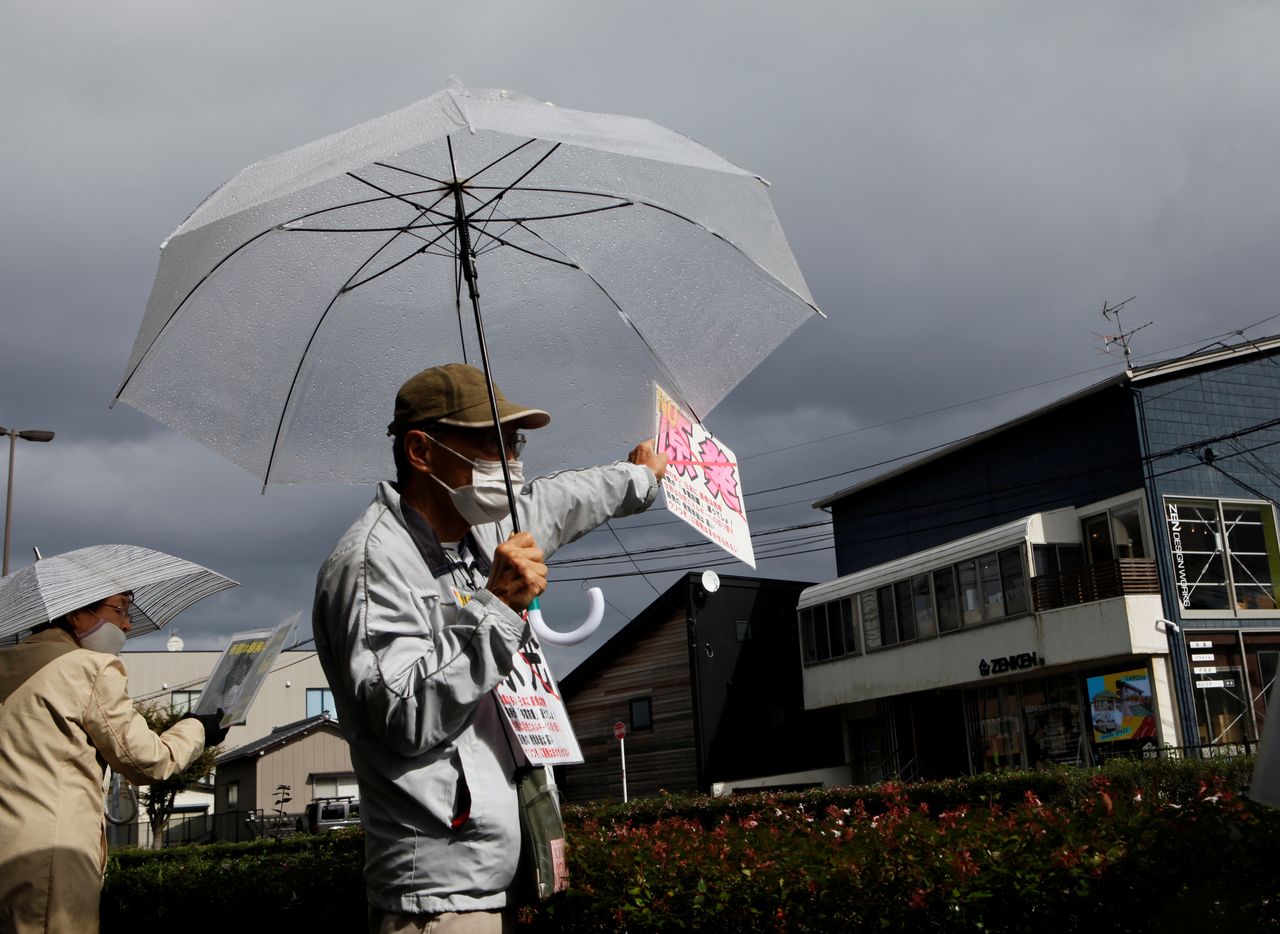 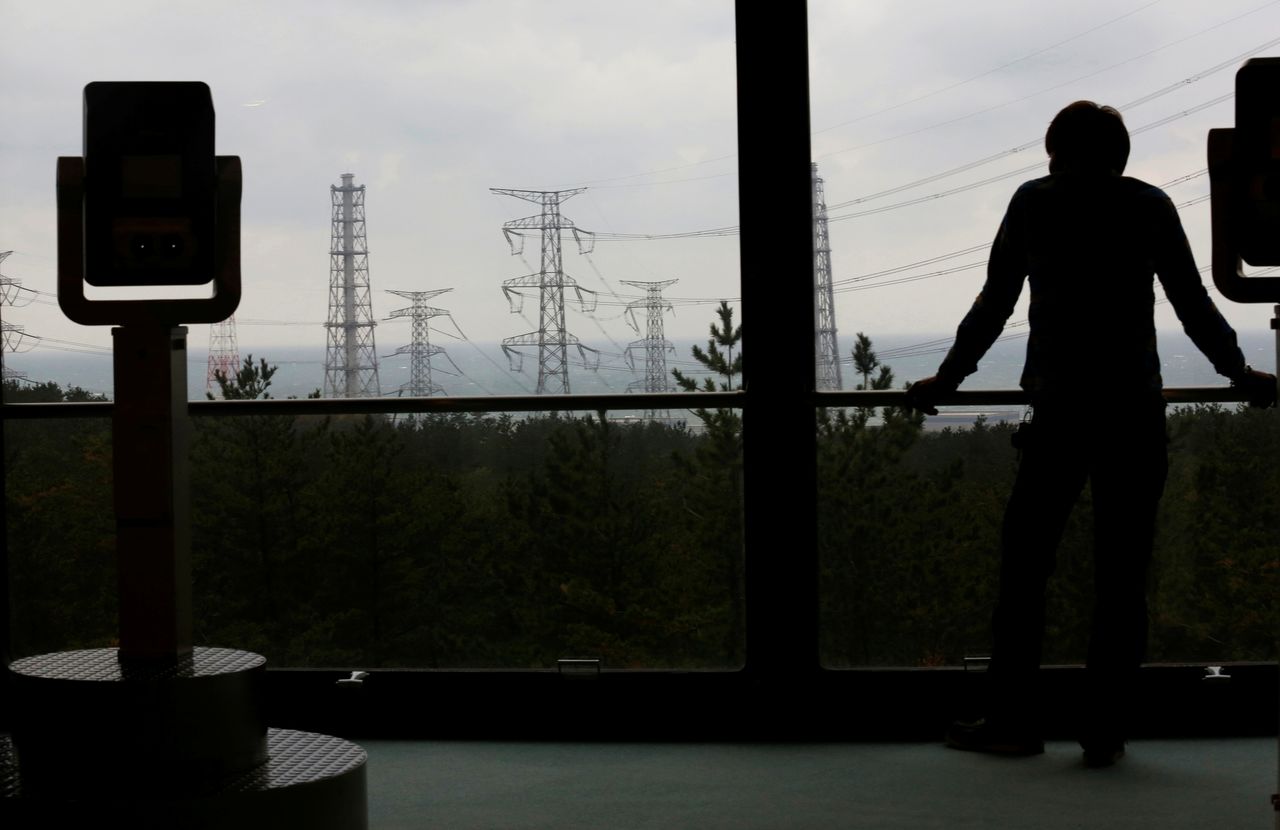 FILE PHOTO: A visitor is silhouetted next to a pair of binoculars as he looks at Tokyo Electric Power Co.'s (TEPCO) Kashiwazaki Kariwa nuclear power plant, which is the world's biggest, at an observatory of its exhibition hall in Kashiwazaki November 12, 2012. REUTERS/Kim Kyung-Hoon