(Reuters) - The Chinese capital will become the first city to stage both the Summer and Winter Olympics when Beijing 2022 begins in 100 days in a "closed-loop" and without international spectators, as China maintains what are among the world's most stringent COVID-19 protocols.

Despite the challenges, there has been little doubt that the Winter Games will take place on schedule, in contrast to Tokyo's 2020 Summer Games, which were delayed by a year and held this past July and August in venues that were largely devoid of fans due to the pandemic.

WHEN ARE THE WINTER OLYMPICS?

The Beijing Games will be held from Feb. 4 to Feb. 20, with the Paralympics following from March 4 to March 13. Nearly 2,900 athletes will take part in 15 disciplines across seven sports. Up to 736 Paralympians will compete in a total of 78 medal events.

WILL SPECTATORS BE IN VENUES?

Spectators from overseas will not be allowed at the Games, but there will be local spectators. Organisers have yet to say how tickets will be sold, or whether venues will operate at full seating capacity.

WHAT ARE THE COVID-19 PROTOCOLS?

All athletes and related personnel will be required to remain in a "closed loop" that includes the venues as well as dedicated transport facilities.

Athletes and others who are not fully vaccinated will be required to undergo 21 days of quarantine upon arrival in China, and all participants will be tested for COVID-19 daily.

Because most international flights into China have been cancelled, special flights from hub cities and exclusively for Games participants will be arranged.

During the Tokyo Games, which operated inside a more porous bubble, organisers reported 430 positive cases, although just 29 were among athletes and 25 among media.

WILL THERE BE PROTESTS OR BOYCOTTS?

Human rights groups and some politicians have called for boycotting the games in protest of China's human rights record. While no country has said its athletes will boycott, European, British and U.S. lawmakers have all voted for their diplomats to do so.

When Beijing hosted the 2008 Summer Games, China set up three "protest parks" for protesters to make their points though they had to apply for permits and none were granted. No such zones have been announced this time.

WHAT ARE LIKELY TO BE AMONG SPORTS HIGHLIGHTS?

The 2022 Games are also set to see the return of players from North America's National Hockey League, which has scheduled a break that will enable the participation of its stars.

WHERE EXACTLY WILL THE GAMES BE HELD?

Some events will take place in the same venues that hosted the 2008 games, including the Bird's Nest stadium, which will again hold the opening and closing ceremonies, and the Water Cube, which has been converted from a pool into a curling arena.

The alpine skiing and sliding events - bobsleigh, luge and skeleton - will take place at Yanqing, which is within the Beijing municipality on the mountainous northwestern outskirts near a section of the Great Wall.

Zhangjiakou, northwest of Beijing in Hebei province, will host cross-country skiing, ski jumping, biathlon, snowboarding and freestyle skiing. Zhangjiakou is nearly 200 km from central Beijing and is connected by a high-speed rail that takes about an hour. 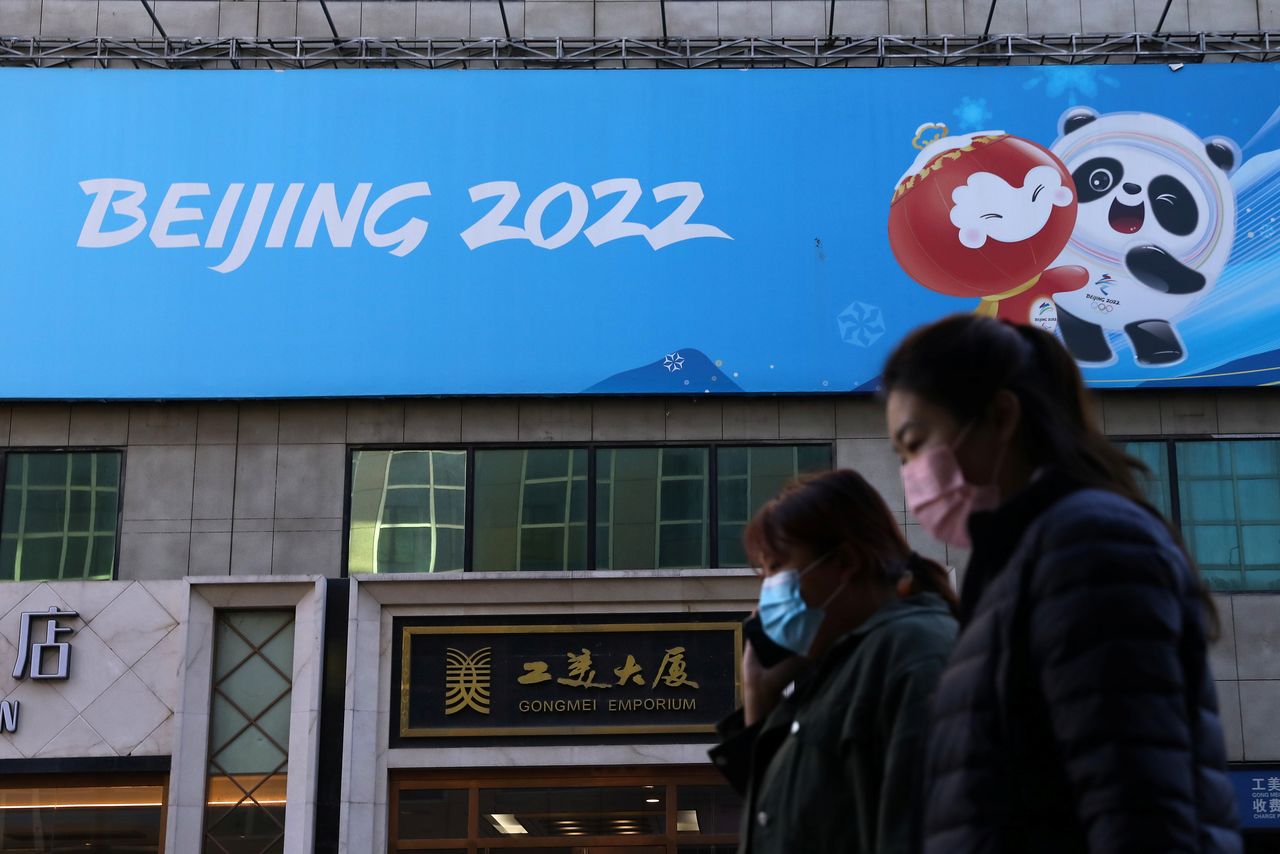 People walk past a banner with a sign of Beijing 2022 Winter Olympic Games, 100 days ahead of the opening of the event, in Beijing, China October 27, 2021. REUTERS/Tingshu Wang 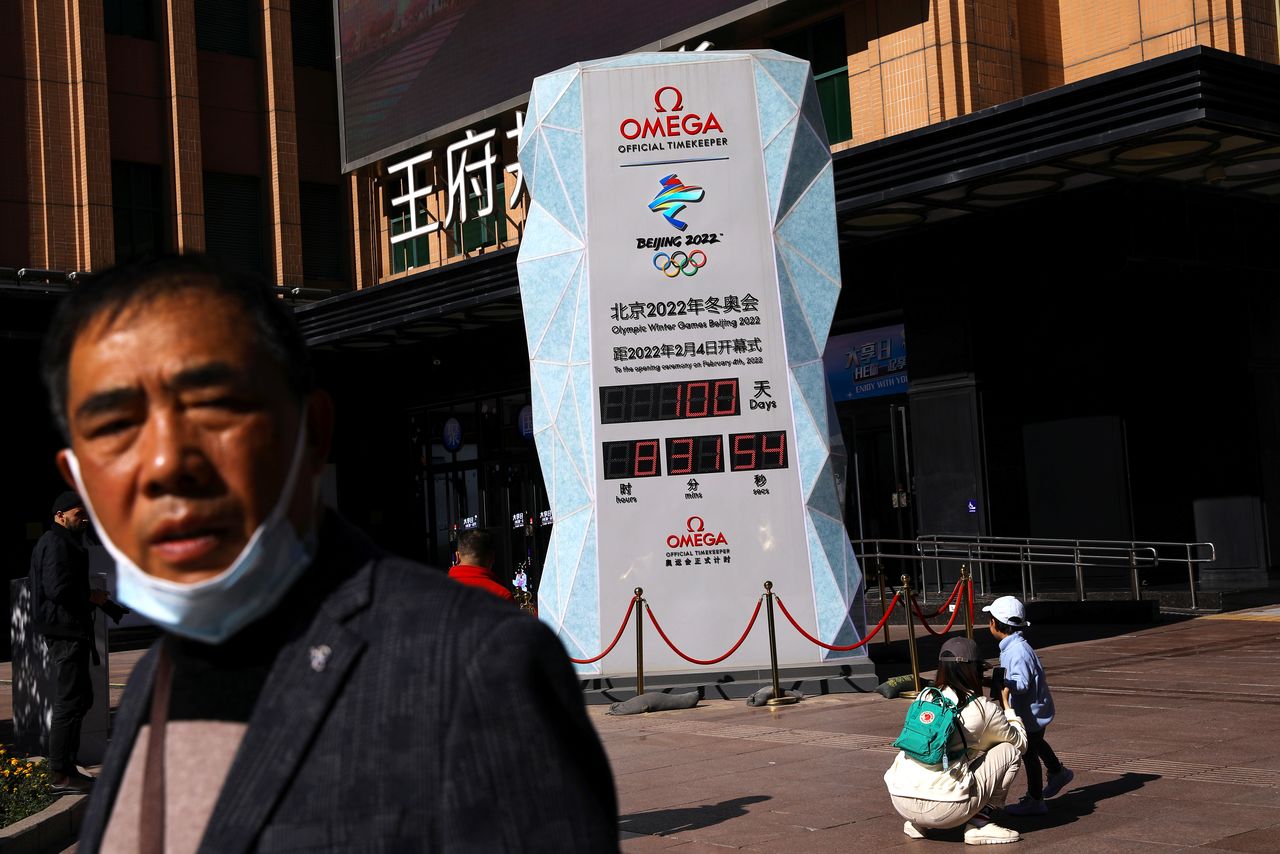 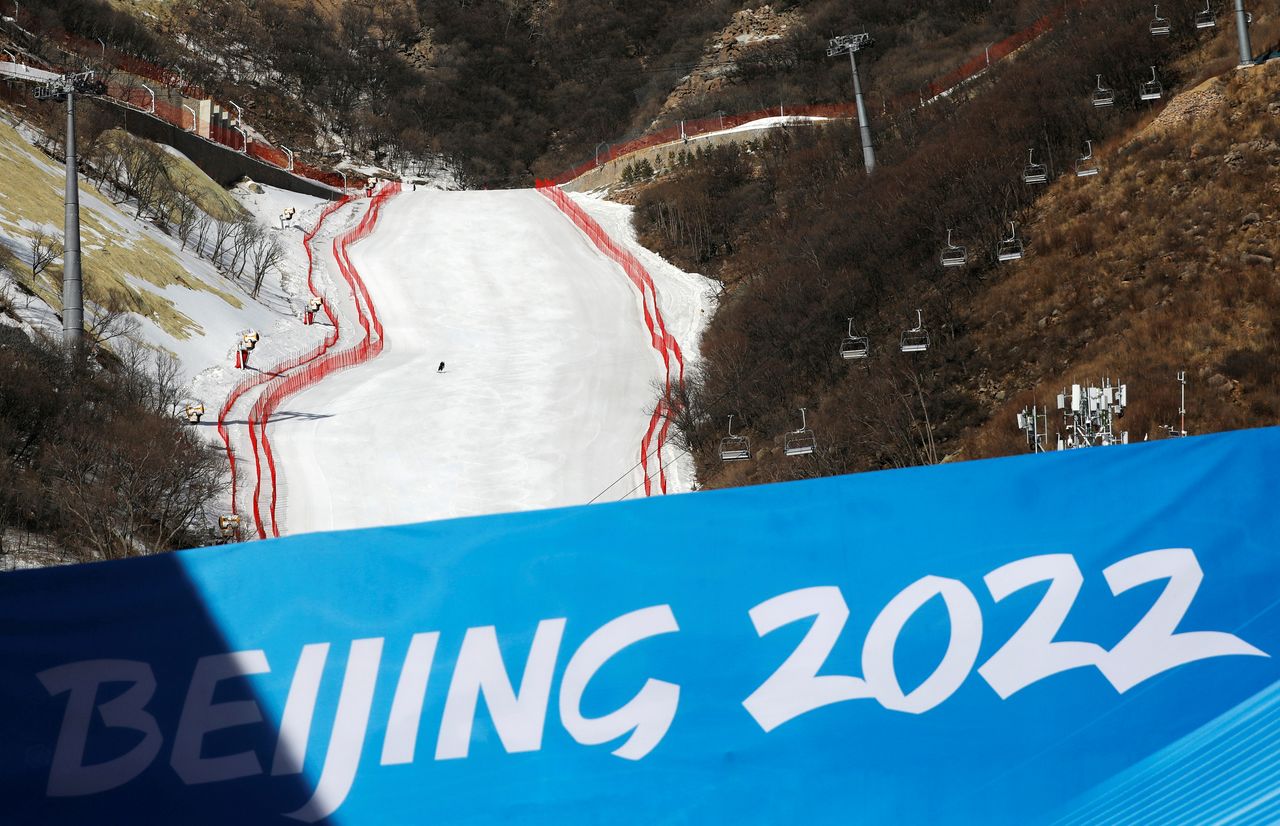 FILE PHOTO: A staff member skis down a slope during an organised media tour to the National Alpine Skiing Centre, a venue of the 2022 Winter Olympic Games, in Beijing's Yanqing district, China February 5, 2021. REUTERS/Tingshu Wang