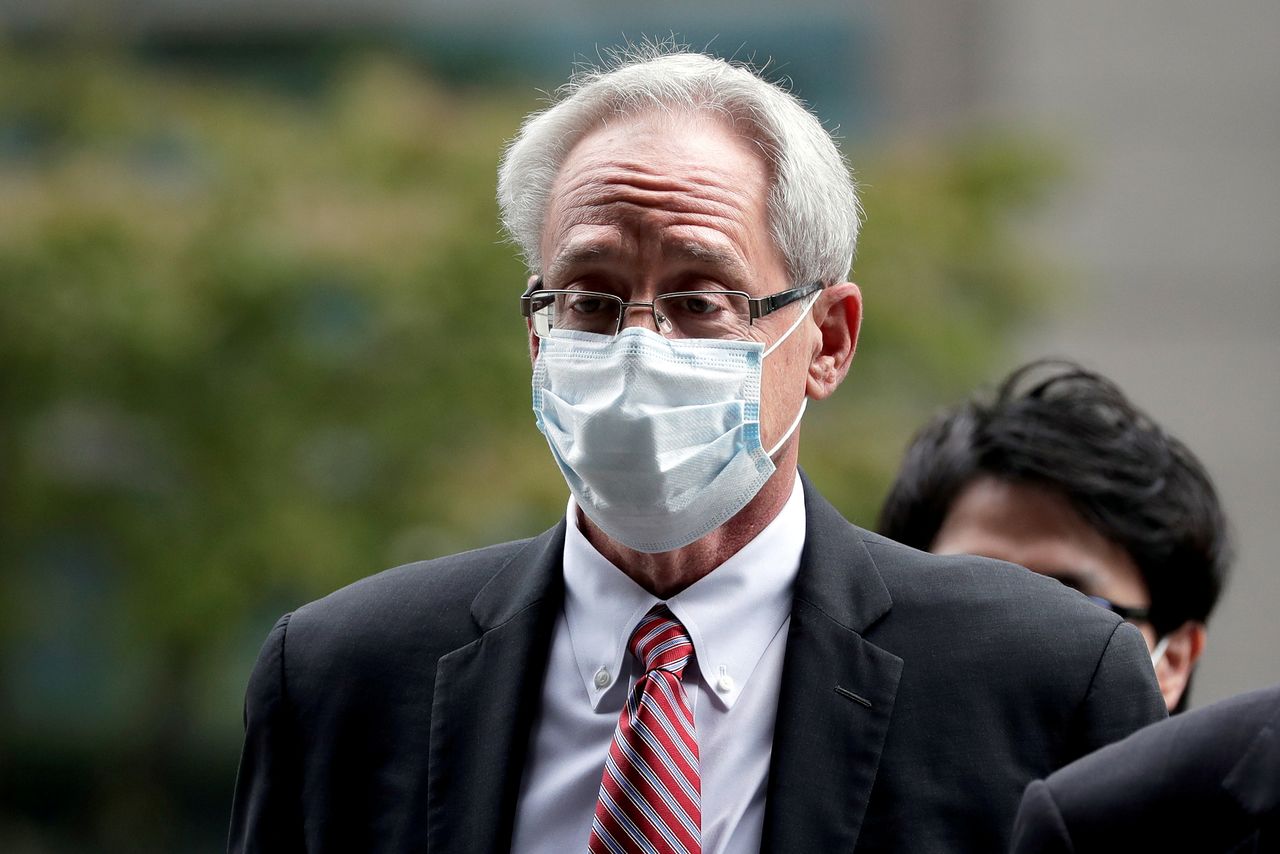 TOKYO (Reuters) - A lawyer for Nissan Motor Co. on Wednesday asked a Tokyo court for leniency when it sentences the company over charges it allowed ousted chairman, Carlos Ghosn, to hide earnings from Japanese authorities.

Nissan, which has already pleaded guilty, is standing trial alongside former executive Greg Kelly, who has denied charges he helped his former boss hide 9.3 billion yen ($81.8 million) of Ghosn's earnings over eight years through deferred payments.

Prosecutors are seeking a 200 million yen fine for the carmaker, and a two-year jail sentence for Kelly, for breaching regulations introduced in 2010 that forced company executives earning more than 1 billion yen a year to disclose their compensation.

In closing statements to the court the Nissan lawyer said the company had already seen its reputation damaged by the charges and had not benefited from Ghosn's alleged actions.

The lawyer added that the carmaker already faced fines from Japan's financial regulators and had strengthened its corporate governance to guard against further breaches.

Kelly's legal team submitted a 497-page document arguing that emails and documents presented as evidence during the year-long trial did not show there was any conspiracy or agreement to defer Ghosn's remuneration.

"There was no crime. Carlos Ghosn never was paid anything. And there was no enforceable agreement," Kelly, who has been in Japan for three years since his arrest and release on bail, told reporters outside the court. "There were many senior executives that were worried that we might not retain him."

A ruling in the case is expected next year. Japan's conviction rate is about 99%.

Ghosn, who fled to Lebanon at the end of 2019 hidden in luggage on a private jet, also denies any wrongdoing.

He also faces separate breach of trust charges that allege he enriched himself at Nissan's expense through $5 million in payments to a Middle East car dealership, and by temporarily transferring personal financial losses to his employer’s books.

Both Ghosn and Kelly say they are victims of a boardroom coup by former colleagues worried that Ghosn would push through a merger between Nissan and Renault SA, its largest shareholder.