Biden vows to stand with Asia on freedom, hits at China on Taiwan

WASHINGTON/BANDAR SERI BEGAWAN (Reuters) -President Joe Biden told Southeast Asian nations on Wednesday the United States would stand with them in defending freedom of the seas and democracy and called China's actions towards Taiwan "coercive" and a threat to peace and stability.

Speaking at a virtual East Asia Summit attended by Chinese Premier Li Keqiang, Biden said Washington would start talks with partners in the Indo-Pacific about developing a regional economic framework, something critics say his regional strategy has lacked.

Southeast Asia has become a strategic battleground between the United States and China, which controls most of the South China Sea, and Beijing has turned up military and political pressure on fiercely democratic Taiwan, a self-ruled island Beijing considers its own.

Biden reiterated that the United States had a "rock-solid" commitment to Taiwan. "We are deeply concerned by China's coercive ... actions," Biden said, charging that they "threaten regional peace and stability."

Li Keqiang told the summit, which brought together leaders of the 10-nation Association of Southeast Asian Nations (ASEAN) with regional partners, that upholding peace, stability, freedom of navigation and overflight in the South China Sea was in everyone's interest. "The South China Sea is our common home," he said.

Biden last week said the United States, which is obliged by a 1979 law to provide Taiwan with the means to defend itself, would come to Taiwan's defense if it was attacked by China. Those comments caused a stir because they appeared to depart from a long-held U.S. policy of "strategic ambiguity" as to how Washington would respond to such a scenario.

The White House said Biden was not signaling a change in U.S. policy toward Taiwan, and some analysts dismissed his comments as a gaffe.

Tensions between Taiwan and China have escalated in recent weeks as Beijing has staged repeated air missions over the Taiwan Strait, the waterway separating the island and the mainland.

China expressed displeasure at Biden's comments last week, urging Washington "not to send the wrong signals to the forces of Taiwan independence, to avoid seriously harming Sino-U.S. ties and peace and stability in the Taiwan Strait."

"In Myanmar, we must address the tragedy caused by the military coup which is increasingly undermining regional stability," he said, calling for the release of political prisoners and a return to democracy.

ASEAN began three days of summits on Tuesday without a representative from Myanmar following its top general's exclusion for ignoring peace proposals.

Biden said Washington would begin discussions with partners in the Indo-Pacific to develop a regional economic framework.

Critics of U.S. strategy for the region point to its lack of an economic component after former President Donald Trump withdrew from the trade deal now known as the Comprehensive and Progressive Agreement for Trans-Pacific Partnership in 2017.

The Biden administration has so far avoided any moves to return to an agreement that critics say could cost U.S. jobs and a senior official of the U.S. administration stressed that the initiative the president referred to “is not a trade deal.”

“What the president said ... was that we will begin discussions with partners to develop an economic framework to position us well for the future – laser-focused on making life better for workers and the middle class - and that will guide our economic engagement in the region,” the official said.

A White House readout said the envisaged network would also "define our shared objectives around trade facilitation" as well as standards for decarbonisation and clean energy.

Australia and ASEAN agreed on Wednesday to establish a "comprehensive strategic partnership," a sign of Canberra's ambition to play a bigger role in the region.

Australian Prime Minister Scott Morrison said the pact would strengthen diplomatic and security ties and promised the country would "back it with substance".

Morrison sought to reassure ASEAN that a trilateral security pact agreed last month between the United States, Britain and Australia, under which Australia will get access to nuclear-powered submarines, would not be a threat to the region. 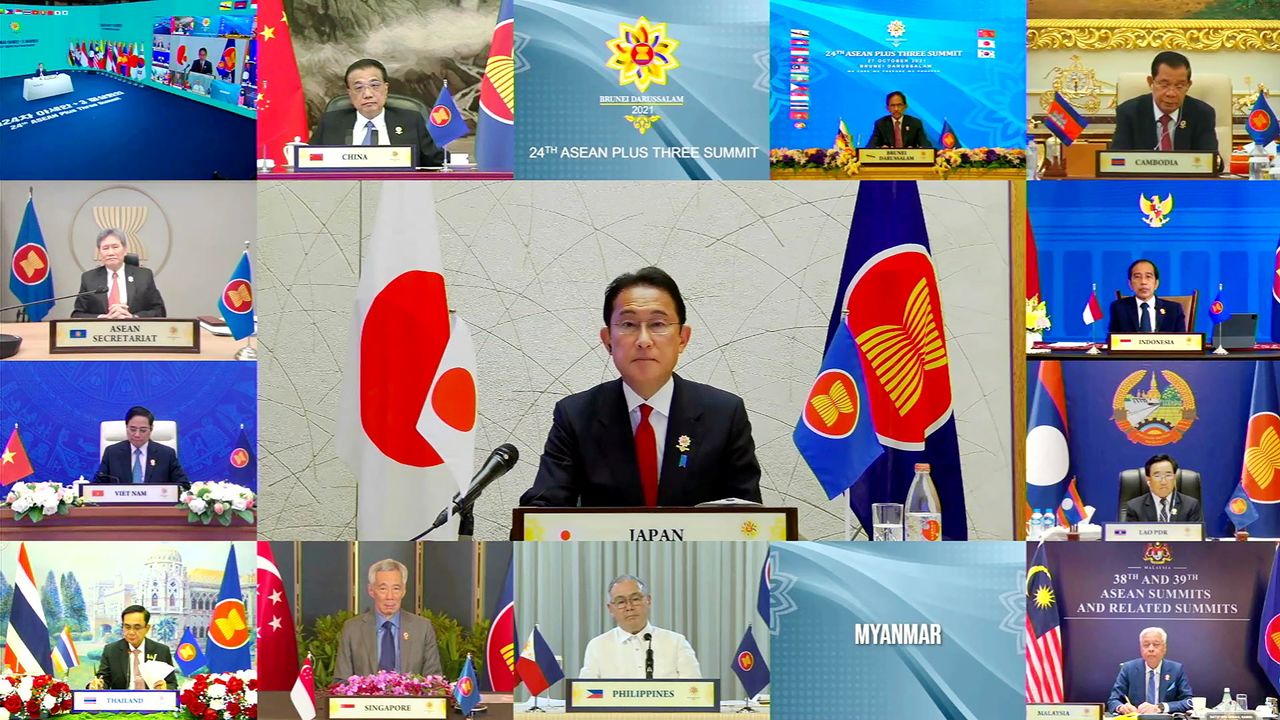 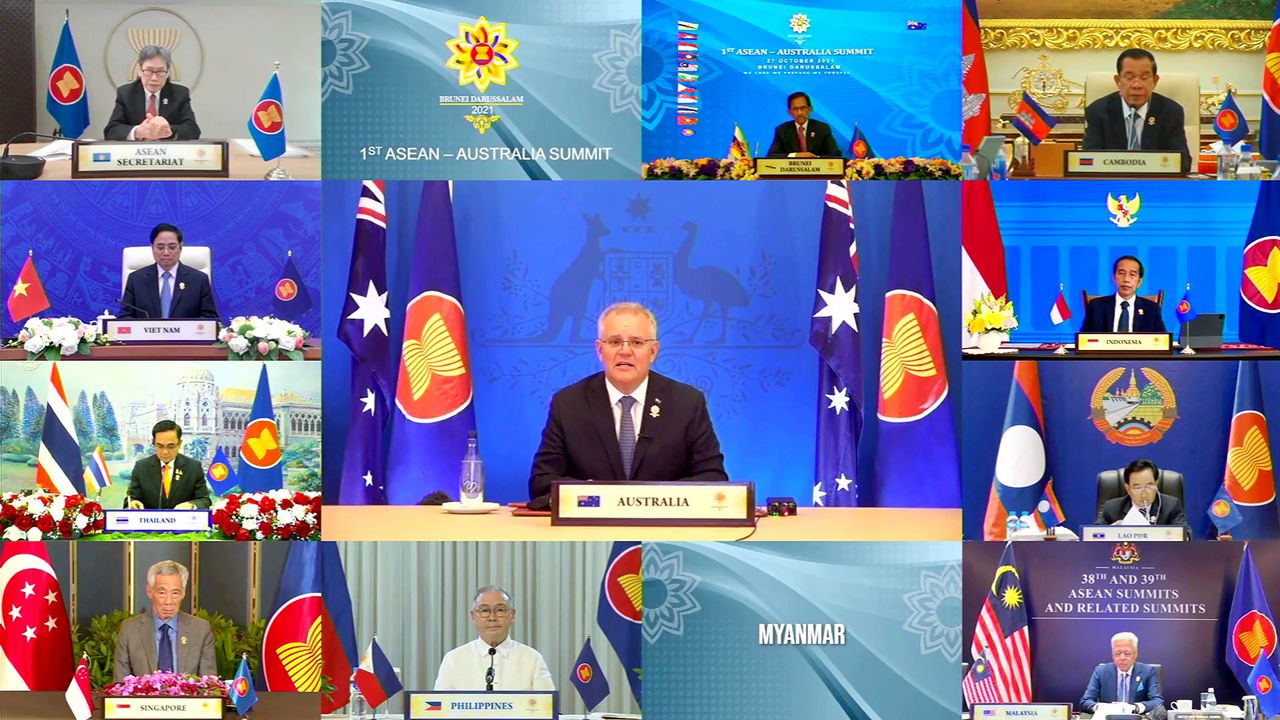 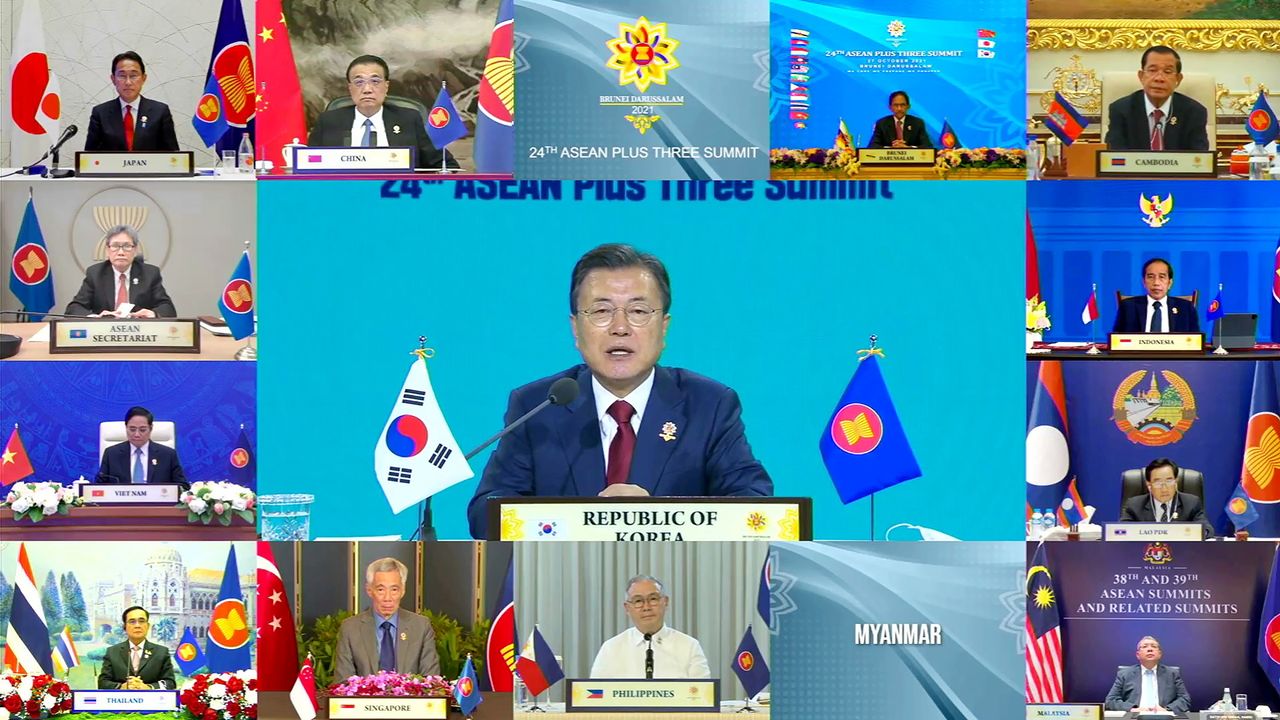 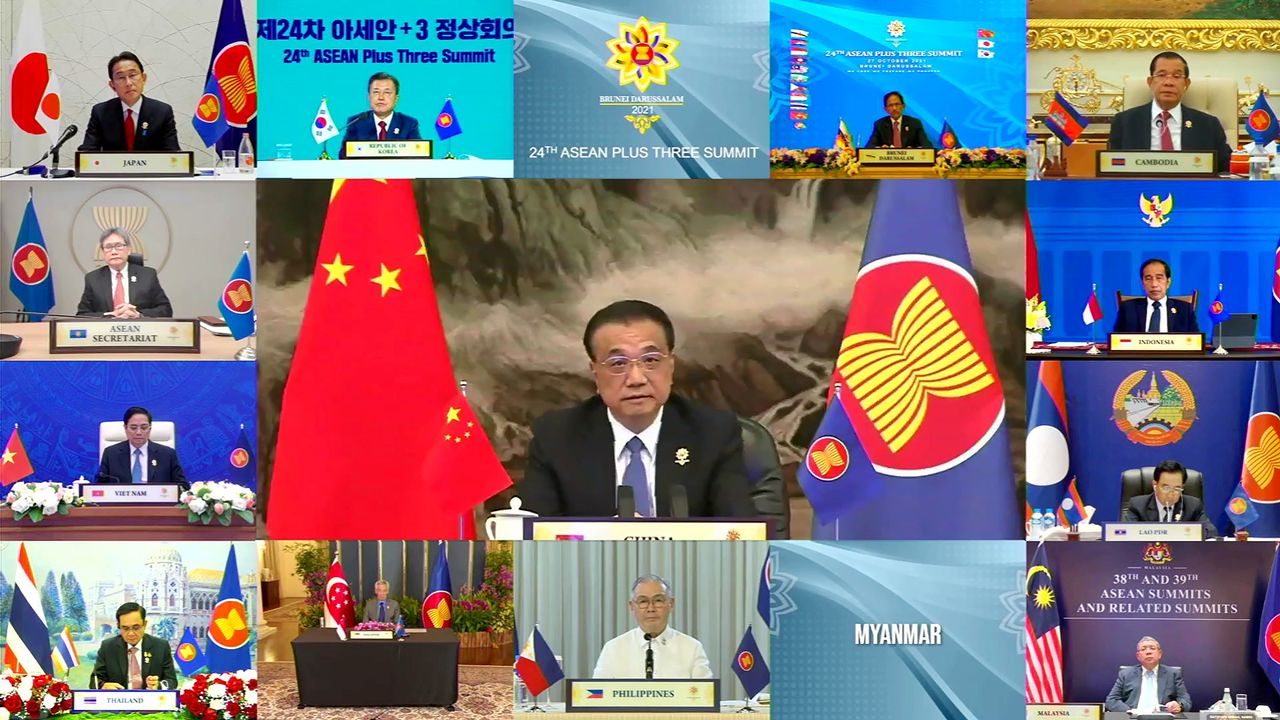