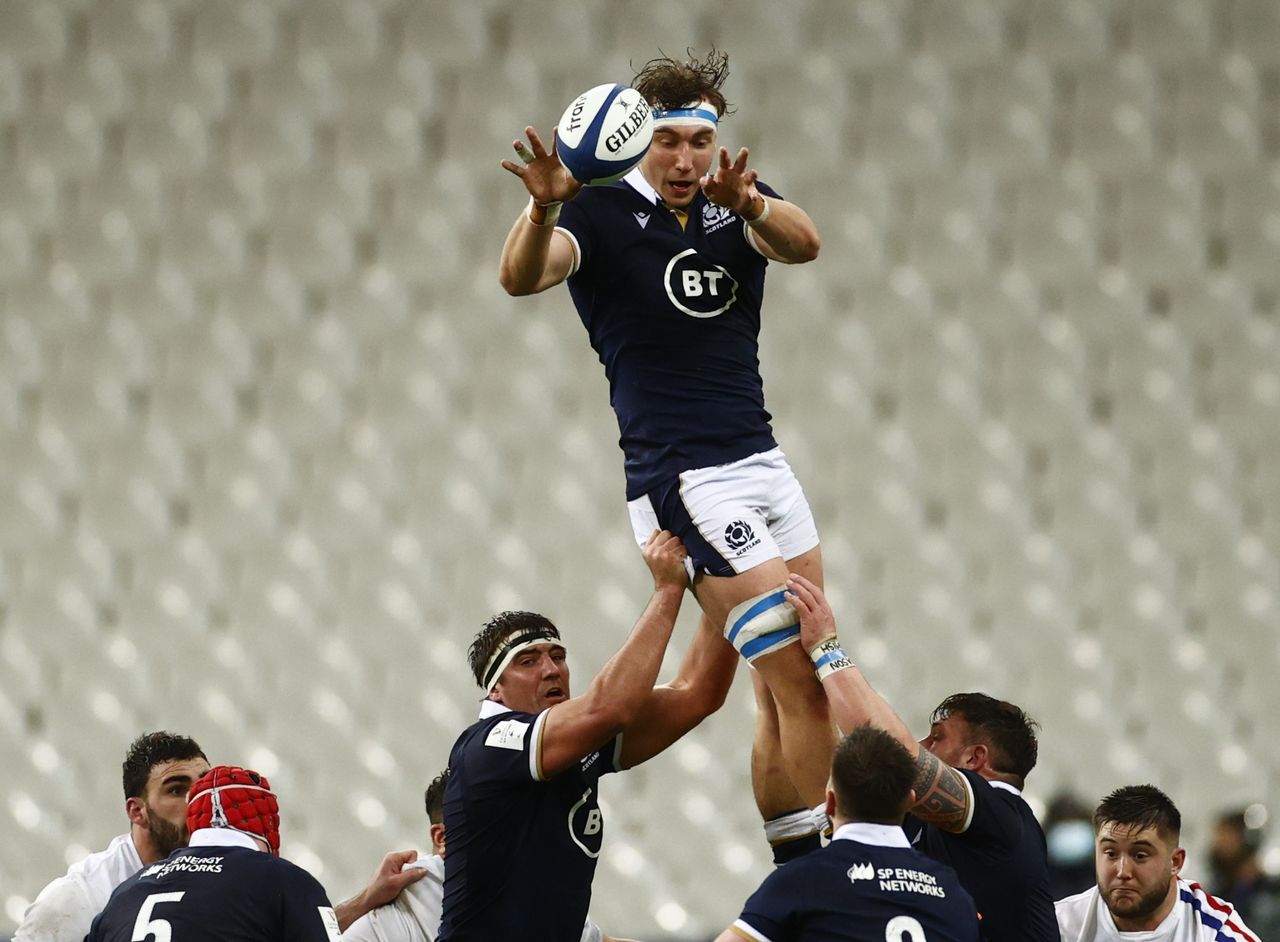 (Reuters) - Scotland will have two captains and four uncapped players on the field when they kick-off their autumn international test against Tonga at Murrayfield on Saturday.

Scrumhalf Ali Price and loose-forward Jamie Ritchie will both captain the team from the start, an experiment from coach Gregor Townsend that is likely to assist the new caps, of which there are also four among the replacements.

As the match falls outside of the international window, Townsend has only been able to call on players based in Scotland, ruling out regular skipper Stuart Hogg, who will play for English side Exeter on Friday.

Those players will return for the meetings with Australia, South Africa and Japan that follow on consecutive weekends.

Wing Rufus McLean, centre Sione Tuipulotu, prop Pierre Schoeman and lock Jamie Hodgson will all make their debuts from the start, while Marshall Sykes, Luke Crosbie, Jamie Dobie and Ross Thompson are on the bench.

"This week has been our first opportunity since the Six Nations to come together as a team, and our goal is to become a better team over the next month," Townsend said in a media release from Scottish Rugby.

"Saturday will also be a huge occasion for a number of players in our squad who have the honour of playing for their country for the first time."

Blair Kinghorn will start at flyhalf to partner Price, while Kyle Steyn will add to his single cap as the opposite wing to Glasgow Warriors teammate McLean.

Tighthead prop Zander Fagerson and flanker Hamish Watson both start after they were part of the British & Irish Lions squad that lost the series in South Africa in August.