The LDP, which has ruled Japan for most of the post-war era, will likely stay in power thanks to its coalition with junior partner Komeito, although it is almost certain to lose seats in parliament's powerful lower house.

A former banker who has failed to invigorate voters with calls for a more equitable "new capitalism", Kishida has set a coalition target for a majority 233 seats in the 465-seat lower chamber, well below the 276 seats held by the LDP alone before the election was called.

The focus remains on whether the LDP can hang onto a majority by itself. A lacklustre result for Kishida, who is just weeks into the job, could lead to a push in the party to oust him ahead of next year's upper house vote.

"A weak showing for the LDP could also give more say for the dovish Komeito, acting as a break on the conservative security policies popular with the LDP's right wing," said Tomoaki Iwai, political science professor at Nihon University.

In a rare move, opposition parties have been successful in coordinating candidates in a large number of districts.

"The opposition collaboration in single seat districts is remarkable. It means that the votes that would previously be split among several candidates are now going to one, giving the opposition a realistic chance against the LDP," said Iwai.

Sunday's election is the most unpredictable since the LDP swept back to power under Shinzo Abe in 2012 - a victory that ushered in the longest premiership in Japan's history and ended years of policy paralysis caused by revolving-door premiers.

Voters are frustrated with the ruling bloc after 20 months of pandemic-induced restrictions and a sluggish economy. After Abe stepped down in ill health last year, he was succeeded by Yoshihide Suga who resigned in September due to widespread disapproval of his handling of the pandemic.

The party may have also hurt itself by choosing Kishida to succeed Suga, rather than popular maverick Taro Kono from its liberal wing.

Unfortunately for the opposition, they too have failed to get traction. Yukio Edano, the leader of the largest opposition Constitutional Democratic Party of Japan, fares even below Kishida suitability ratings.

With about 40% of the electorate still undecided and one of the lowest turnouts in the post-war era expected, the outcome is far from certain.

The LDP resoundingly lost in a special upper house election on Sunday in Shizuoka, southwest of Tokyo, despite two visits by Kishida to woo voters there.

Kishida has struggled to explain how his economic programme - aimed at reducing the wealth gap - differs from the "Abenomics" remedy of Abe and Suga of using massive monetary and fiscal stimulus to revive the moribund economy.

He has taken on many of Abe's conservative security policies, calling for doubling of defence spending with an eye on China.

Key battlegrounds include the third-largest city of Osaka, the manufacturing hub of Nagoya and the capital, Tokyo, where several current and former LDP ministers are vulnerable to opposition challenge.

"With the coalition enjoying all the structural advantages in the election, in the end it all hinges on the turnout," said Koichi Nakano, a political science professor at Sophia University, noting that higher turnout favours the opposition.

"If the turnout goes a level higher and into the sixties, opposition parties may come ahead in many, many single member districts," said Nakano. 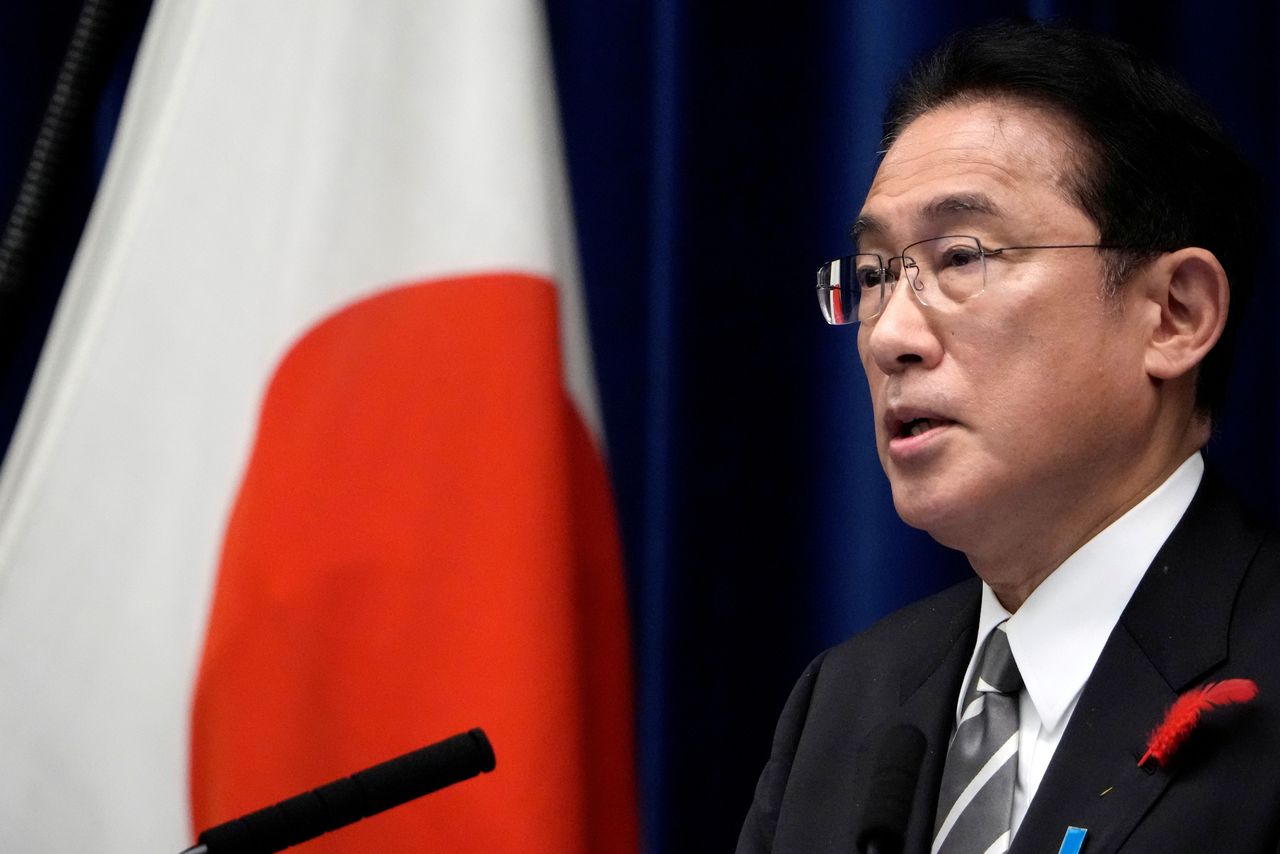 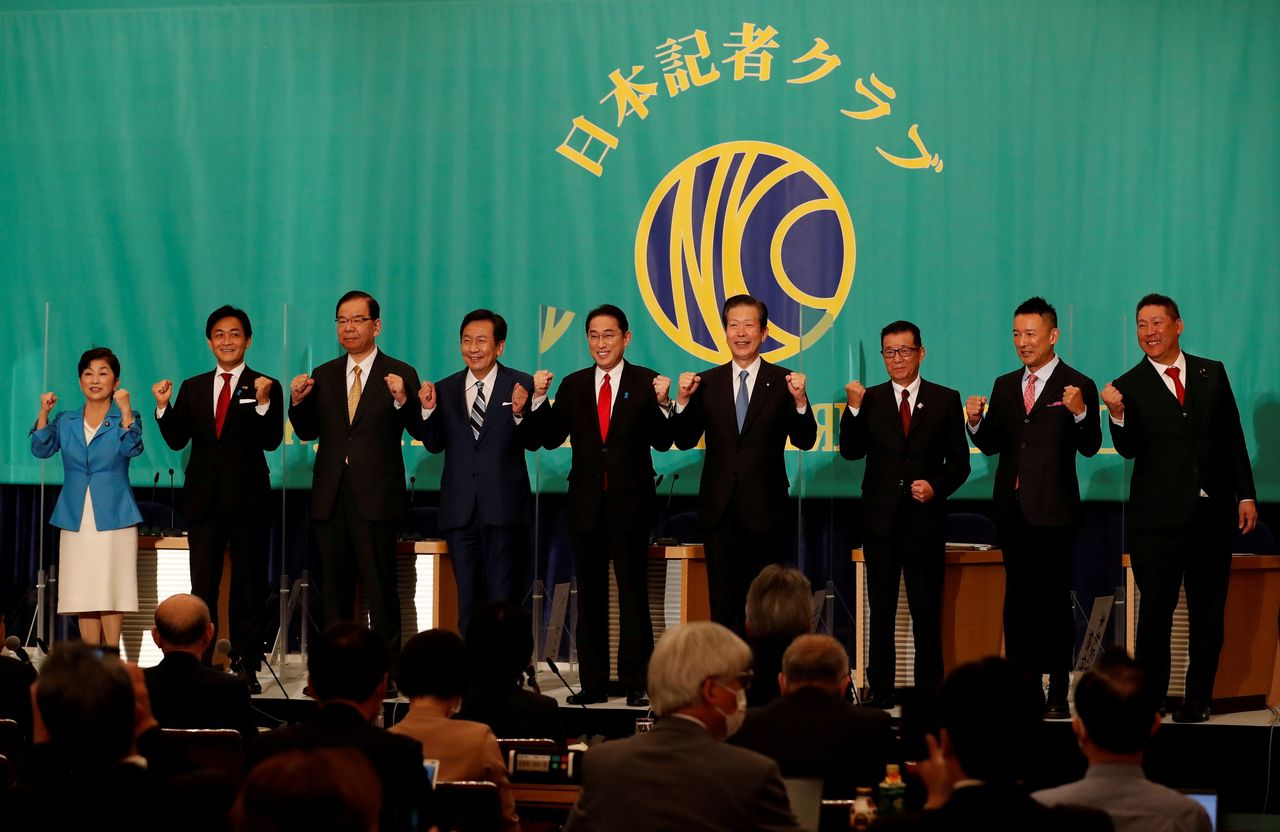 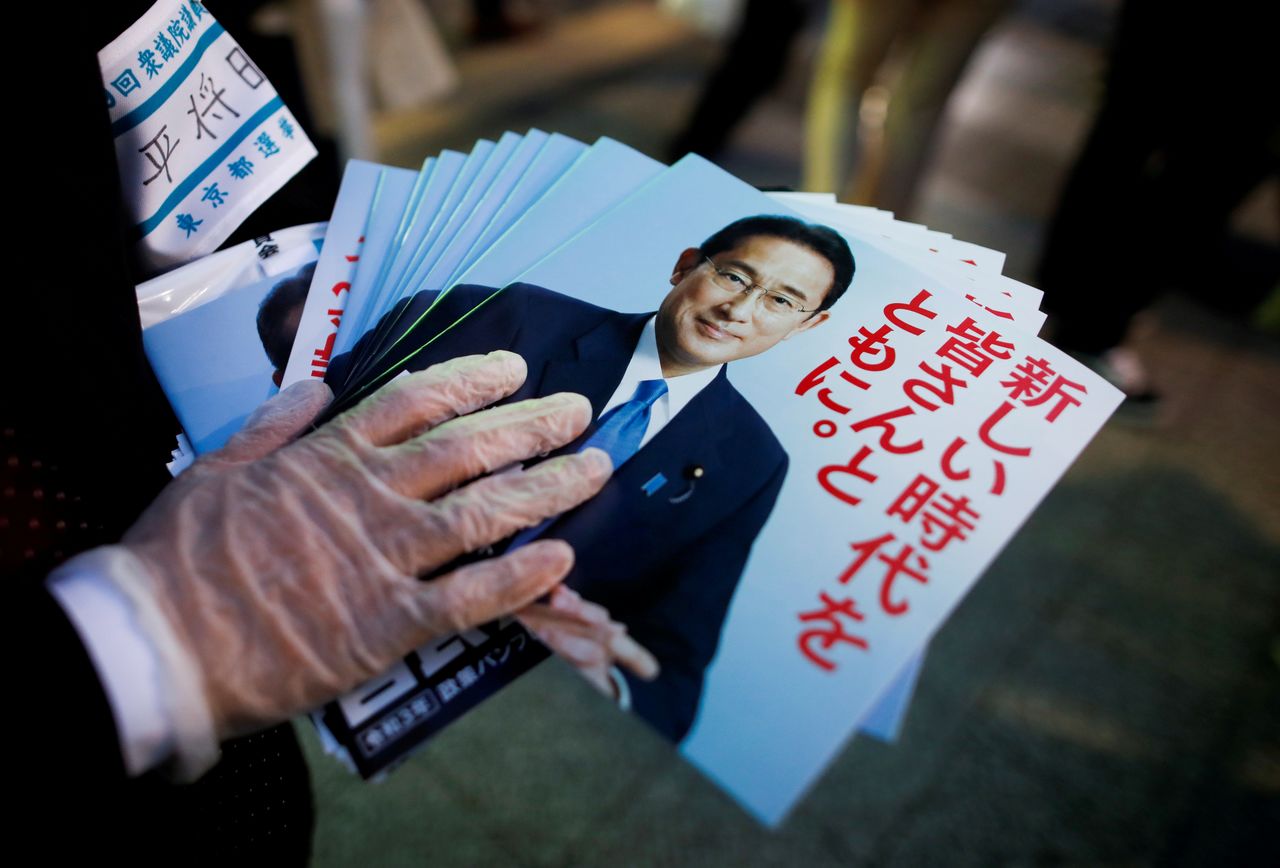 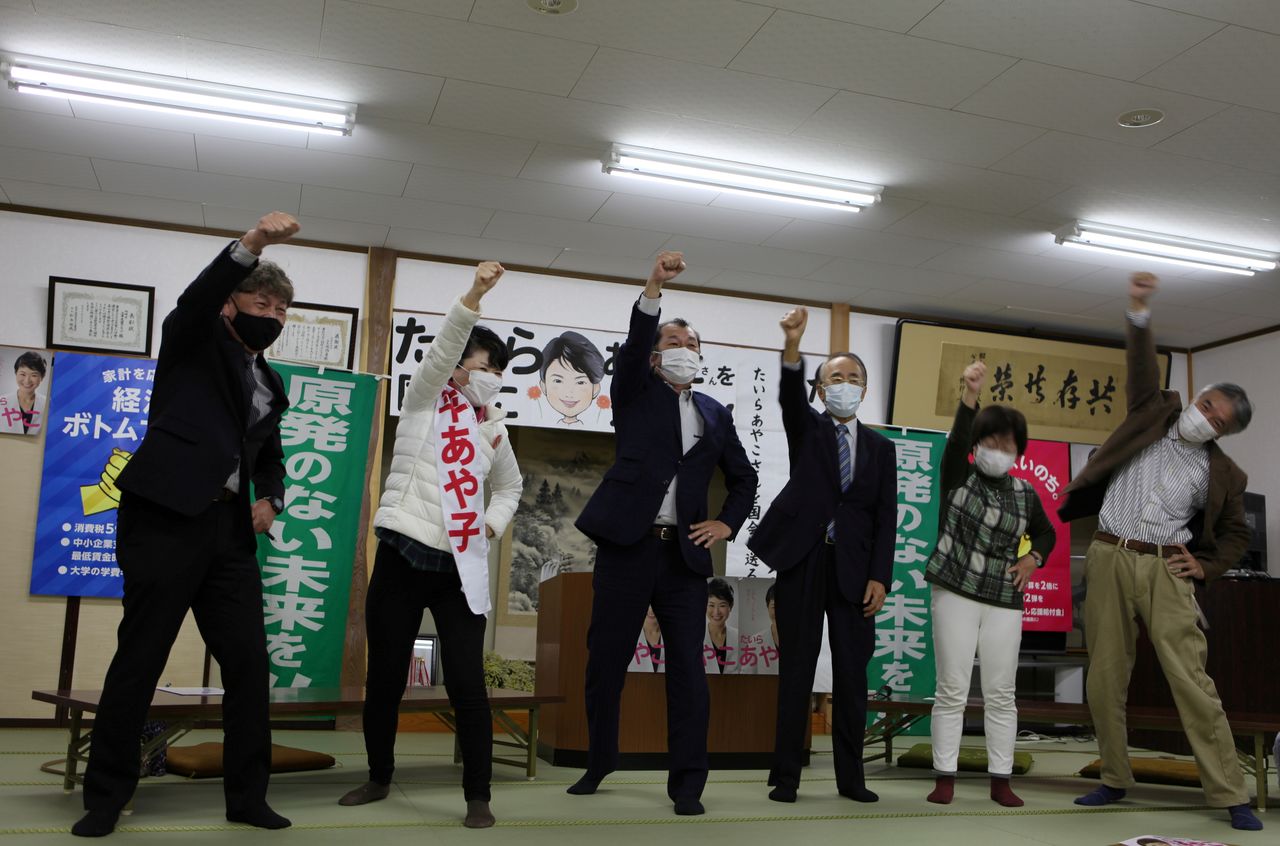