Vietnam Airlines share trades to be limited from Nov. 3 over losses 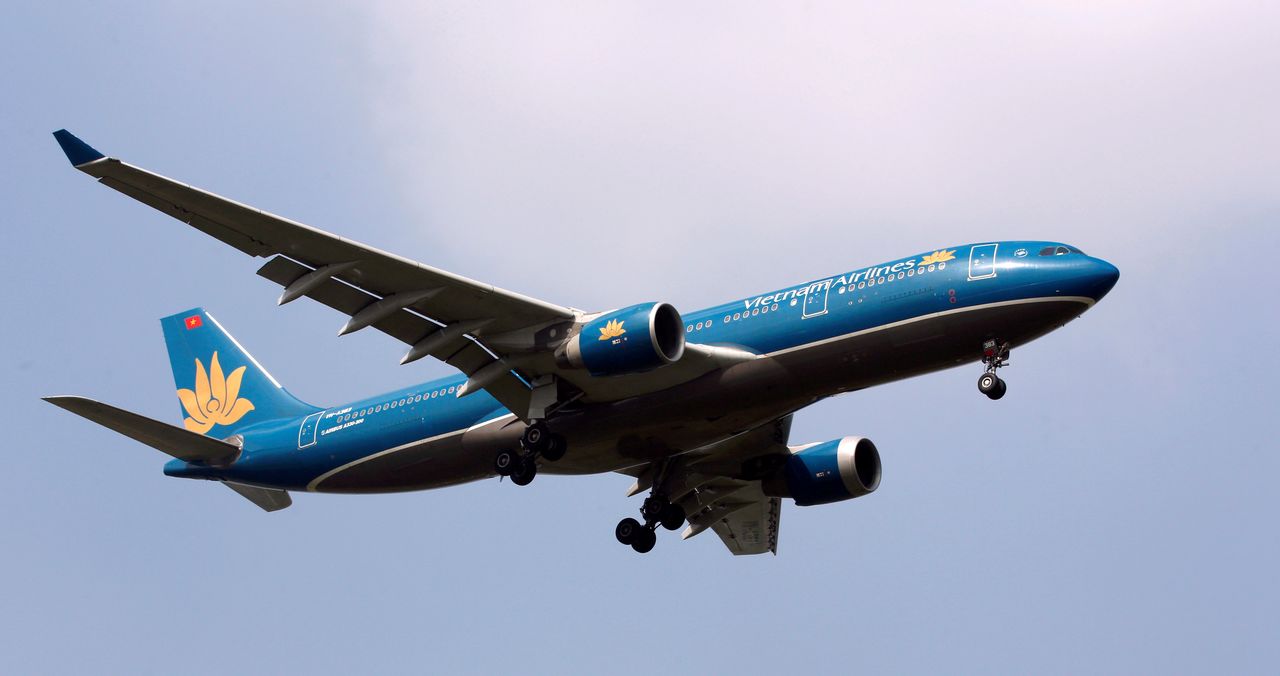 HANOI (Reuters) - Shares of Vietnam Airlines will be limited from trading on the Hochiminh Stock Exchange from Nov. 3, due to the flag-carrier's mounting losses, the bourse said in a filing.

Vietnam Airlines' accumulated loss reach 17.7 trillion dong ($782.25 million) as of end-June, the exchange said, adding that shares of the company will only be allowed to trade in the second half of the trading day.

The company didn't immediately respond to a request for comment.

Vietnam Airlines has been one of the hardest-hit firms in Vietnam during the COVID-19 pandemic. The national flag carrier is 86% owned by the state and plays a crucial role in the Southeast Asian country's business and tourism economy.

The company last month raised $351 million from issuing new shares to its existing shareholders, after signing deals in July for loans worth $173.8 million from three local banks to shore up its liquidity.

Japan's ANA Holdings has an 8.77% stake in Vietnam Airlines, according to Refinitiv data.