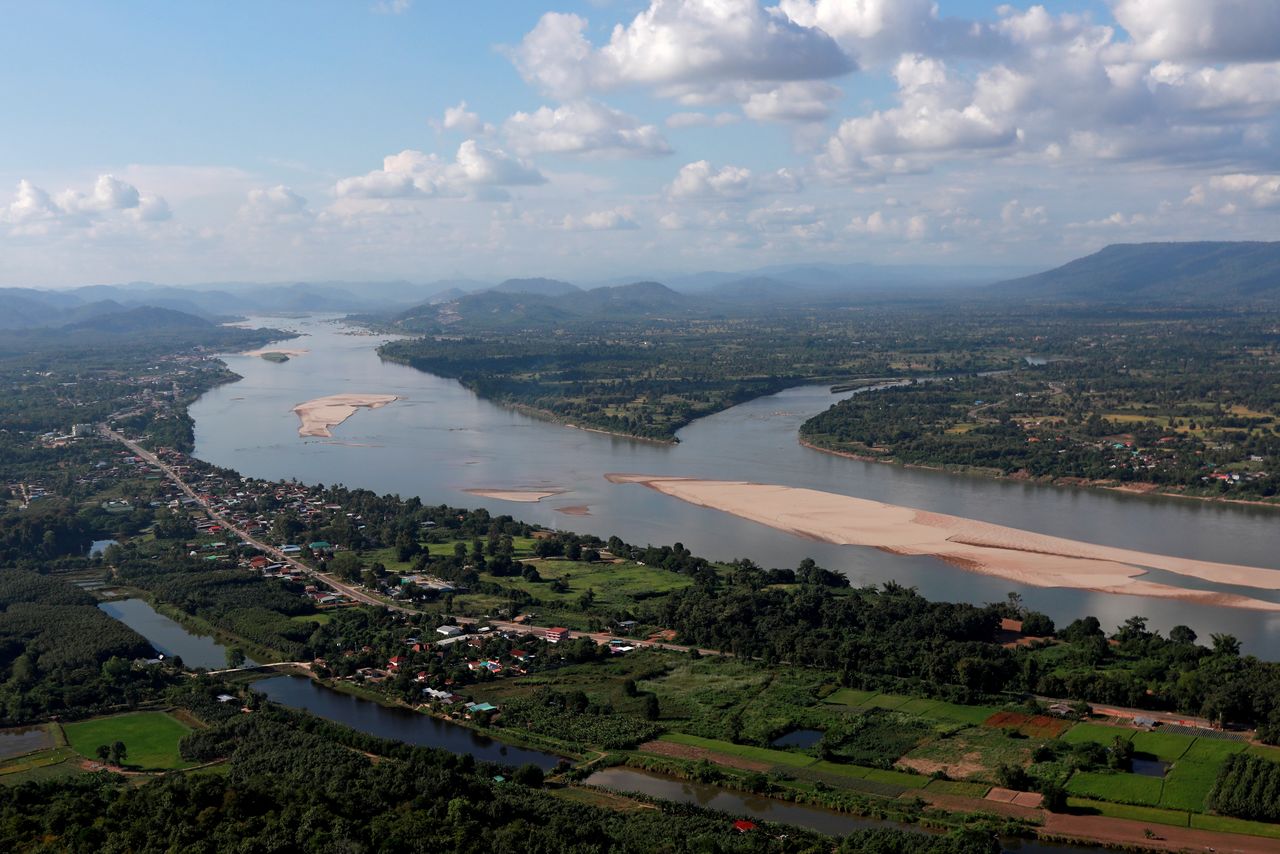 FILE PHOTO: A view of the Mekong river bordering Thailand and Laos is seen from the Thai side in Nong Khai, Thailand, October 29, 2019. REUTERS/Soe Zeya Tun

(Corrects to clarify that seizure was of tablets containing methamphetamine, not amphethamine, in paragraph two)

(Reuters) - Lao police have seized a record haul of illicit drugs in the Golden Triangle region, two security sources in Thailand confirmed on Thursday, in what the United Nations said was Asia's largest single drug bust ever.

More than 55 million methamphetamine tablets and over 1.5 tonnes of crystal methamphetamine were intercepted by Laos police on Wednesday, who stopped a truck carrying beer crates in northern Bokeo, which borders Thailand and Myanmar, the two sources told Reuters.

Jeremy Douglas, Southeast Asia regional representative for the United Nations Office on Drugs and Crime (UNODC) said the discovery was "by far the largest seizure in the history of East and Southeast Asia."

The bust on Wednesday followed the confiscation by Lao police of a combined 16 million amphetamine tablets in two separate busts in the same area over a one week period.

Authorities in Laos did not immediately respond to Reuters request for comment.

The Golden Triangle - an area of northeast Myanmar that meets parts of Thailand and Laos - has a long history of being a major drug-producing area.

It has served as a massive production centre for amphetamine-type stimulants, especially methamphetamine, used by Asian crime syndicates with distribution networks reaching as far as Japan and New Zealand.

Douglas said the spike in volume of drugs seized in Laos was due to a shifting of smuggling routes inside Myanmar, as a result of unrest in border areas since a coup in February.

"This is related to the security and governance breakdown in the Triangle and Shan Myanmar – spillover is hitting the region," Douglas said.

(Reporting by Panu Wongcha-um in Bangkok; Editing by Martin Petty)