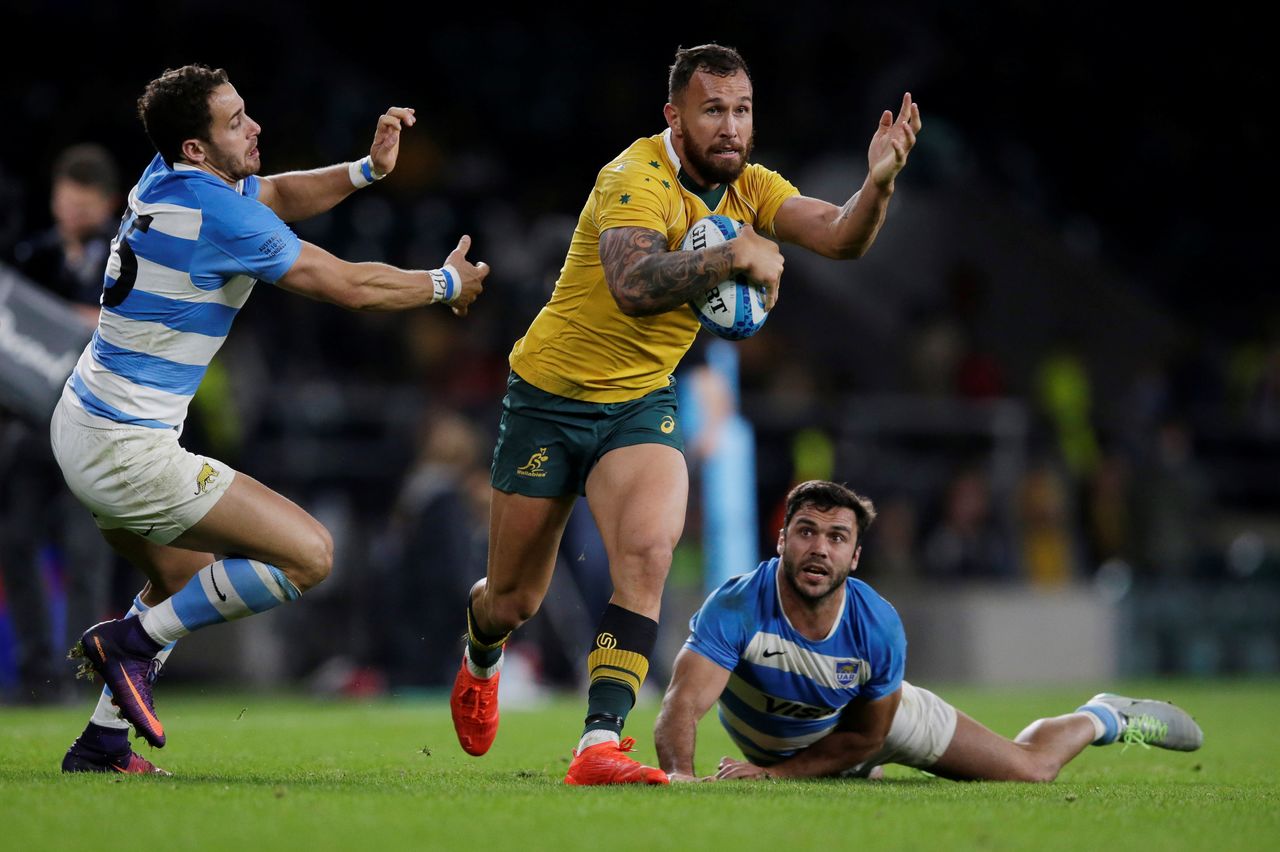 MELBOURNE (Reuters) -Disappointed Wallabies coach Dave Rennie has said Australia will review its selection policy at the end of the year after flyhalf Quade Cooper joined midfielder Samu Kerevi and loose forward Sean McMahon in opting out of the tour of Britain.

Rennie confirmed on Thursday that Cooper had become the third of the Japan-based trio to choose club over country after playing for the Wallabies during the Rugby Championship.

The loss of Cooper and Kerevi, particularly, is a huge blow for the side ahead of November tests against Scotland, England and Wales. The pair were pivotal in helping the Wallabies' string five test wins in succession.

Rennie was given Rugby Australia's blessing to pick overseas-based players in his squad, a departure from the usual policy of limiting selection to those with 60 or more test caps.

But with his best-laid plans having blown up in his face, Rennie declined to confirm that he would pick any of the three Japan-based players again.

"Ideally we want guys who are desperate to be Wallabies," he told reporters on Thursday.

"Obviously this was a bit of a trial based on COVID, based on a few other plans we had, to utilise more players overseas.

"I guess we’ll have a look at the end of the tour and then get a plan around what that looks like beyond this year.

"So, we’ll have discussions with the board, we’ll work out what that looks like going forward.

"I can’t answer other than that."

The three players were free to leave their clubs to join the Wallabies for the international window. The November tests are scheduled during the clubs' offseason.

Rennie was reluctant to criticise the players but said they had told him during the Rugby Championship they were keen to tour Britain.

"All I’ll say is that the players felt that the clubs wanted them to be there in an important period ... heading into their pre-season," he said.

"The players felt compelled to stay."

Rennie will look to James O'Connor to take back the number 10 shirt he wore last season before injury struck this year.

Young flyhalf Noah Lolesio, who was dropped in favour of Cooper for the last four matches of this year's Rugby Championship, will fly over from Australia to join the squad ahead of the Nov. 7 test against Scotland at Murrayfield.

Rennie said he would name more replacements in coming days for Kerevi, McMahon and injured utility back Reece Hodge, confirming France-based centre Duncan Paia'aua was among those under consideration.