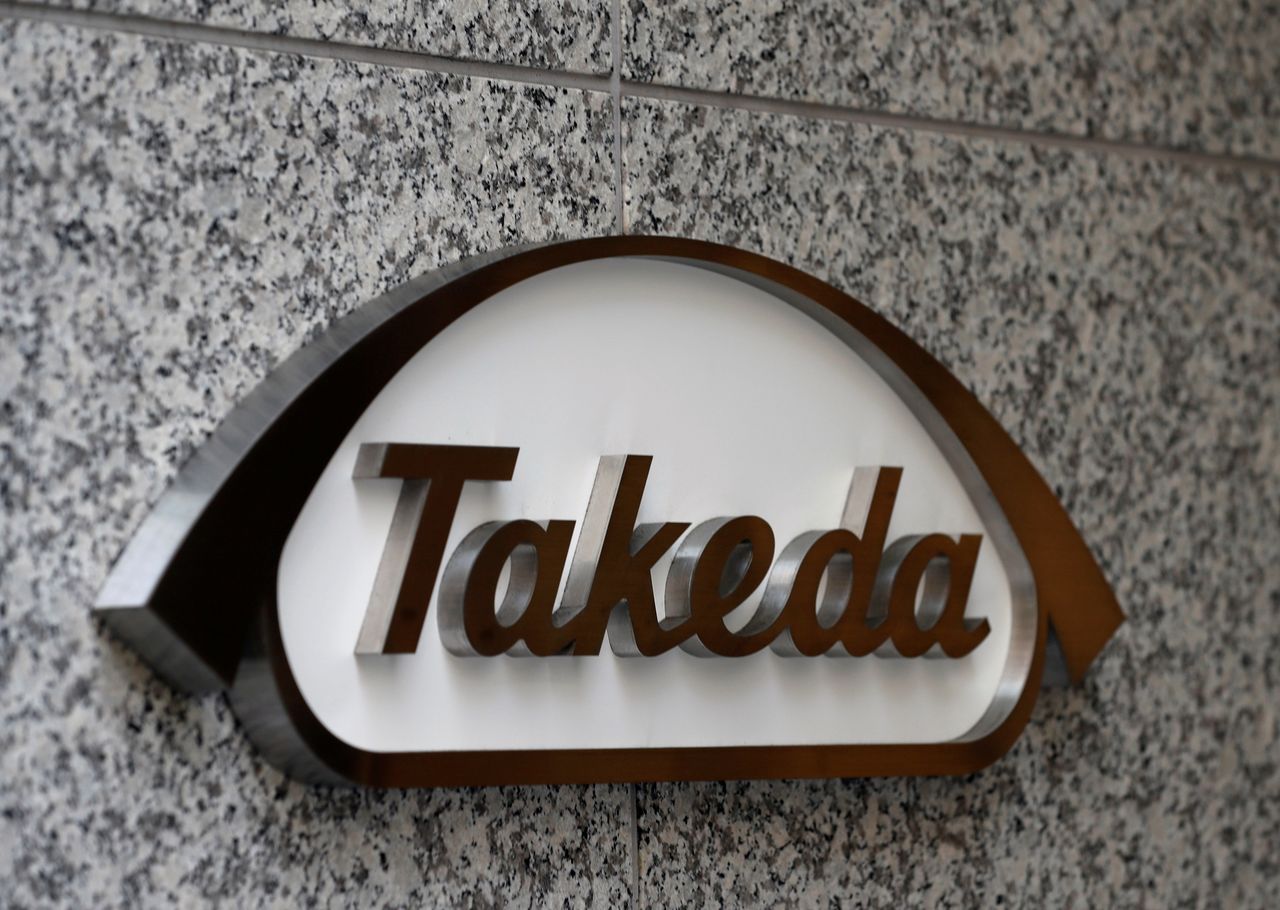 TOKYO (Reuters) - Japan's Takeda Pharmaceutical Co said on Thursday half-year profit jumped and the drugmaker would buy back shares it viewed as undervalued. Operating profit rose 61% to 346 billion yen ($3.05 billion) in the six months through Sept. 30 from a year ago, driven by strong sales of mainstay drugs, the company said. Takeda reiterated its full-year operating profit forecast at 488 billion yen. That compares with a consensus forecast of 509.2 billion yen, according to a Refinitiv poll of 13 analysts.

Takeda, Japan's biggest drugmaker and among the top 10 globally after its 2019 takeover of Shire Plc, has traditionally depended on sales of cancer and gastrointestinal treatments.

But the company is also involved in vaccines, developing an innoculation for dengue fever and helping to bring into Japan the COVID-19 shots developed by Moderna Inc and Novavax Inc.

The Shire purchase increased Takeda's debt load, prompting it to sell off https://www.reuters.com/article/us-takeda-pharma-m-a-blackstone-group/takeda-to-sell-japan-consumer-health-unit-valued-at-2-3-billion-to-blackstone-idUSKBN25K0P3 more than $10 billion in over-the-counter assets to focus on prescription drugs.

With some of its main brands due to lose patent protection in the coming years, Takeda is betting on a pipeline of more than 10 drugs in late-stage development.

It has, however, met obstacles. Takeda said in September a blood cancer treatment known as Pevonedistat failed in its study, while trials of narcolepsy drug TAK-994 were halted this month because of safety concerns. (nFWN2Q30XK)

Takeda's shares have fallen 13% this year, compared with a 5.1% gain in the benchmark Nikkei 225 index. The company said it would purchase up to 2.23% of shares worth 100 billion yen.

The shares trade at a "substantial discount to what we perceive is their underlying value," CFO Costa Saroukos said in a statement.