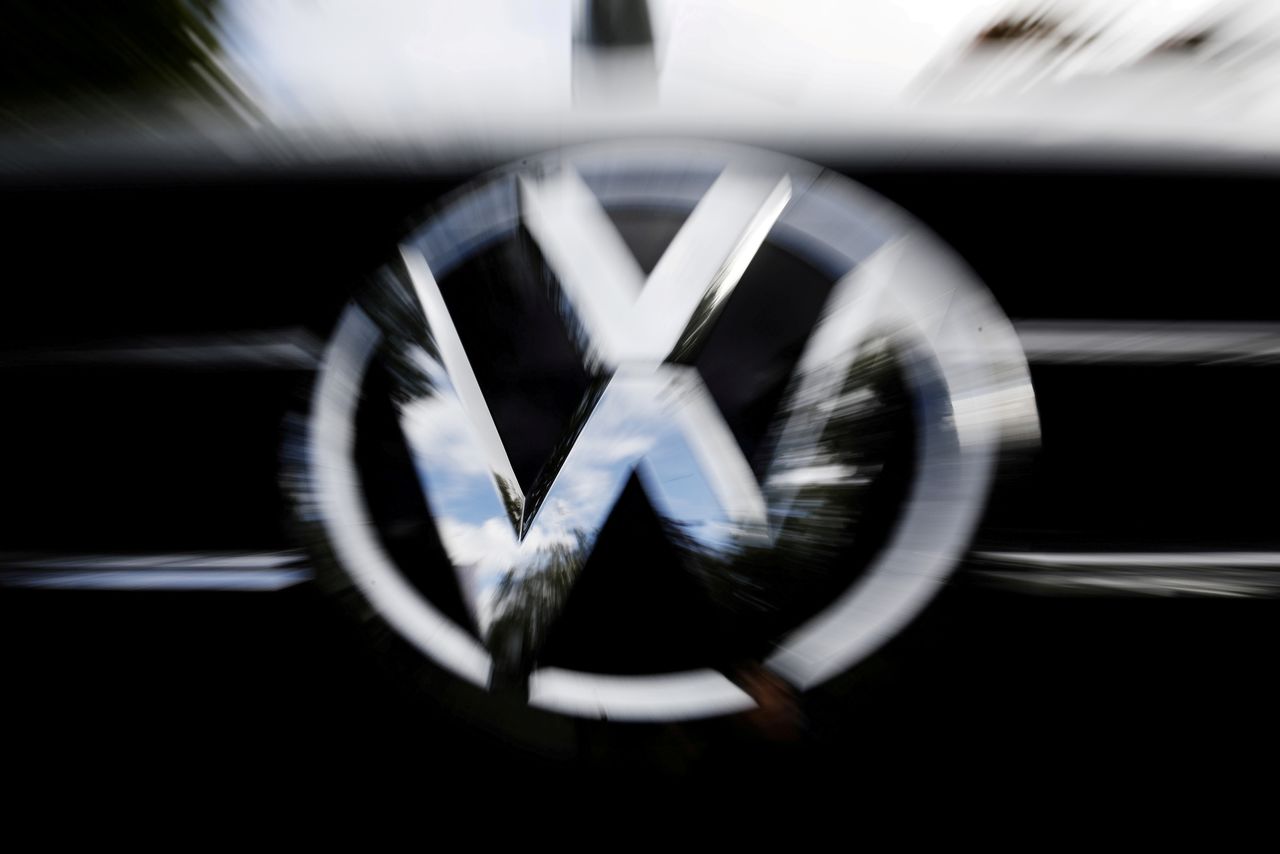 FILE PHOTO: The VW logo is seen at the site of the first hearing of a consumer group's class action suit on behalf of Volkswagen owners against VW over the diesel emissions cheating scandal, at the Higher Regional Court in Braunschweig, Germany, September 30, 2019. REUTERS/Michele Tantussi

Volkswagen AG, Europe's top car company and also the world's No. 2, cut its outlook for deliveries, toned down sales expectations and warned of cost cuts as it reported lower-than-expected quarterly operating profit.

Stellantis finance chief Richard Palmer reported a "moderate" improvement in chip supply in October, and expected that to continue through the fourth quarter.

But he added supply chain problems meant it was hard to make predictions about the scarcity of automotive semiconductors, which has plagued the industry for most of the year.

"Visibility on semiconductors continues to be a difficult subject for the industry," Palmer said.

Carmakers, which shuttered plants as the COVID-19 pandemic took hold last year, have found themselves competing against the sprawling consumer electronics industry for chip supplies.

Supply chain snarls from a fire at a chip-making plant in Japan to coronavirus lockdowns in Malaysia, central to global chip supplies, have only compounded the industry's problems.

The shortage of chips, used in everything from brake sensors to power steering to entertainment systems, has led automakers around the world to cut or suspend production, pushing up both new and used vehicle prices amid robust demand from consumers.

Stellantis' new vehicle inventories were down more than 42% year-on-year at the end of September.

Palmer told analysts that, "given the volatility of the market," Stellantis was not currently expecting large production increases in 2022, but would focus more on maintaining price levels while battling rising raw material costs.

He said lost production could push Stellantis' 2021 revenue "a touch lower" than its previous forecast.

Volkswagen finance chief Arno Antlitz said chip shortages "made it abundantly clear to us that we are not yet resilient enough to fluctuations in capacity utilization."

"Even though the visibility of the situation still remains difficult to forecast, we see the start of stabilisation of the chip supply and expect" key financials to improve in the fourth quarter, Antlitz told journalists.

Volkswagen's made a third-quarter operating profit of 2.8 billion euros ($3.3 billion), down 12% on last year and lower than the 2.99 billion Refinitiv forecast. But the company, aiming to overtake Tesla as the world's largest seller of electric vehicles (EVs) by mid-decade, confirmed its operating profit margin target of 6.0-7.5% for 2021.

"Obviously, the current volatility brutally showcases Volkswagen's exceptionally high fixed costs especially in the performance of the VW brand, which also seems to bear the majority of the semiconductor related shortages," Bernstein analyst Arndt Ellinghorst wrote in a client note.

Stellantis, formed at the beginning of the year from the merger of Fiat Chrysler and France's PSA, confirmed its full-year target for an adjusted operating profit margin of around 10%.

Other major carmakers, including General Motors and Renault, have also quarterly results hurt by the chip crunch.