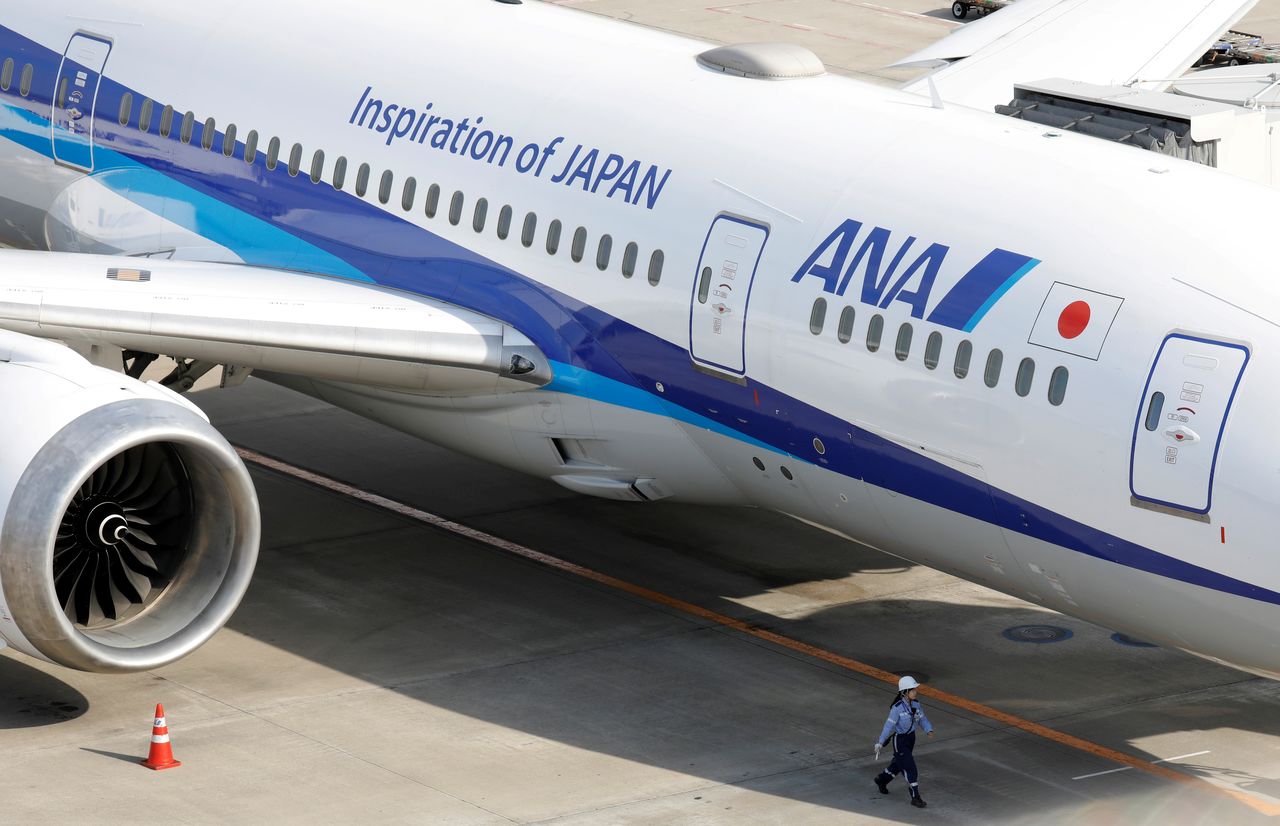 TOKYO (Reuters) - Japan's biggest airline, ANA Holdings Inc, said it expected to report an operating loss in the current financial year, down from an earlier prediction of a profit, and that it would reduce staff numbers by 20% within five years.

The airline on Friday announced the plans to eliminate 9,000 roles through attrition and retirement as it steps up digital interaction with customers in an investor presentation after reporting a weaker-than-expected first half result due to travel curbs.

The operating loss of 116 billion yen ($1.02 billion) for the six months ended Sept. 30, however, was narrower than a 280.95 billion yen loss a year earlier due to cost-cutting.

ANA, which has reported losses for seven consecutive quarters, said it expected to return to a profit in the fourth quarter due to a forecast recovery in passenger numbers.

But for the 12 months ended March 2022, it expects to report an operating loss of 125 billion yen, down from its earlier guidance for an operating profit of 28 billion.

Before the update, analysts had estimated full-year operating profit of 89.7 billion yen, based on the average of eight forecasts, Refinitiv data showed.

"The revised forecast reflects the findings that projected second-half revenue will not be sufficient to cover lack of revenue during the first half of the fiscal year," the airline said in a statement.

Japan lifted a state of emergency at the end of last month that had been in force across much of the country. While domestic tourism is seen slowly recovering, there is no sign that international travel, particularly inbound tourism, will return in a big way anytime soon.

ANA expects domestic passenger numbers to recover to 85% of pre-COVID-19 levels by March but international passengers to reach only 30% of pre-pandemic levels by then.

Companies, notably in tourism and travel, lost out as the Tokyo 2020 Olympics were held after a year's delay this past summer with no spectators or international tourists.

The event had been initially seen as a tourism windfall for Japan, which in recent years had been ramping up efforts to draw more international tourists to help kickstart a moribund domestic economy.

(This story corrects headline and first two paragraphs to show it is eliminating positions, not firing staff.)