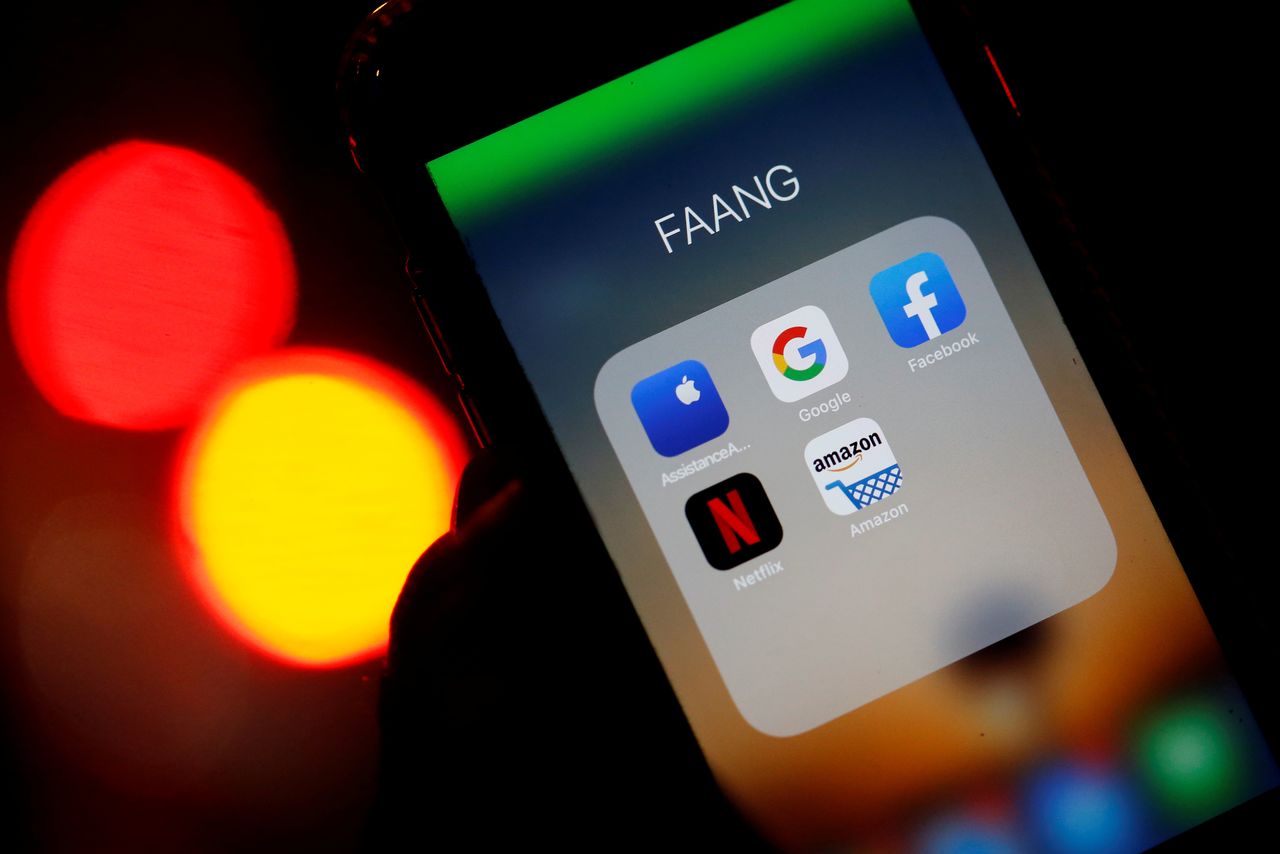 FILE PHOTO: The logos of mobile apps, Google, Amazon, Facebook, Apple and Netflix, are displayed on a screen in this illustration picture taken December 3, 2019. REUTERS/Regis Duvignau

By Medha Singh and Ambar Warrick

Facebook's rebranding to Meta Platforms has launched a search for a new name for the high-flying FAANG group that also includes Apple, Amazon.com, Netflix and Alphabet.

Facebook on Thursday announced it is now called Meta Platforms https://www.reuters.com/technology/facebooks-zuckerberg-kicks-off-its-virtual-reality-event-with-metaverse-vision-2021-10-28 as the social media company shifts to building the ambitious "metaverse", a shared virtual environment. The name change comes after a damaging whistleblower report and criticism from lawmakers and regulators over its market power.

The elite FAANG stocks have a combined market capitalization of about $7.416 trillion so far this year, up from about $5.8 trillion last year.

Several Twitter users also proposed to reshuffle the group to add Microsoft Corp - which is competing with Apple for the most valuable U.S.-listed company - as well as Tesla Inc, which joined the elite trillion-dollar market value club just this week.

With the reshuffle, some users came up with MAMATA https://twitter.com/blitzkreigm/status/1453914779039383553 - that would drop Netflix, which has the smallest market cap compared with the rest of the group at $299 billion, and use an "A" for Alphabet, whose search engine Google gave the FAANGs their "G".

MAMATA - consisting of Microsoft, Apple, Meta, Amazon, Tesla and Alphabet - have a combined market cap of about $10 trillion. They make up a quarter of the S&P 500's weight, compared with the legacy FAANG group's nearly 20%.

"These handful of stocks (FAANG) have reigned for quite some time, and it may be with the beginning of taper, rates slowly rising and inflation... that these tech long duration assets may become less valuable," said Tom Hayes, managing member at Great Hill Capital in New York.

Shares of Meta Platforms rose about 2% in early trading and will get a new ticker, MVRS, on Dec. 1.

(Reporting by Medha Singh and Ambar Warrick in Bengaluru; Editing by Lisa Shumaker)