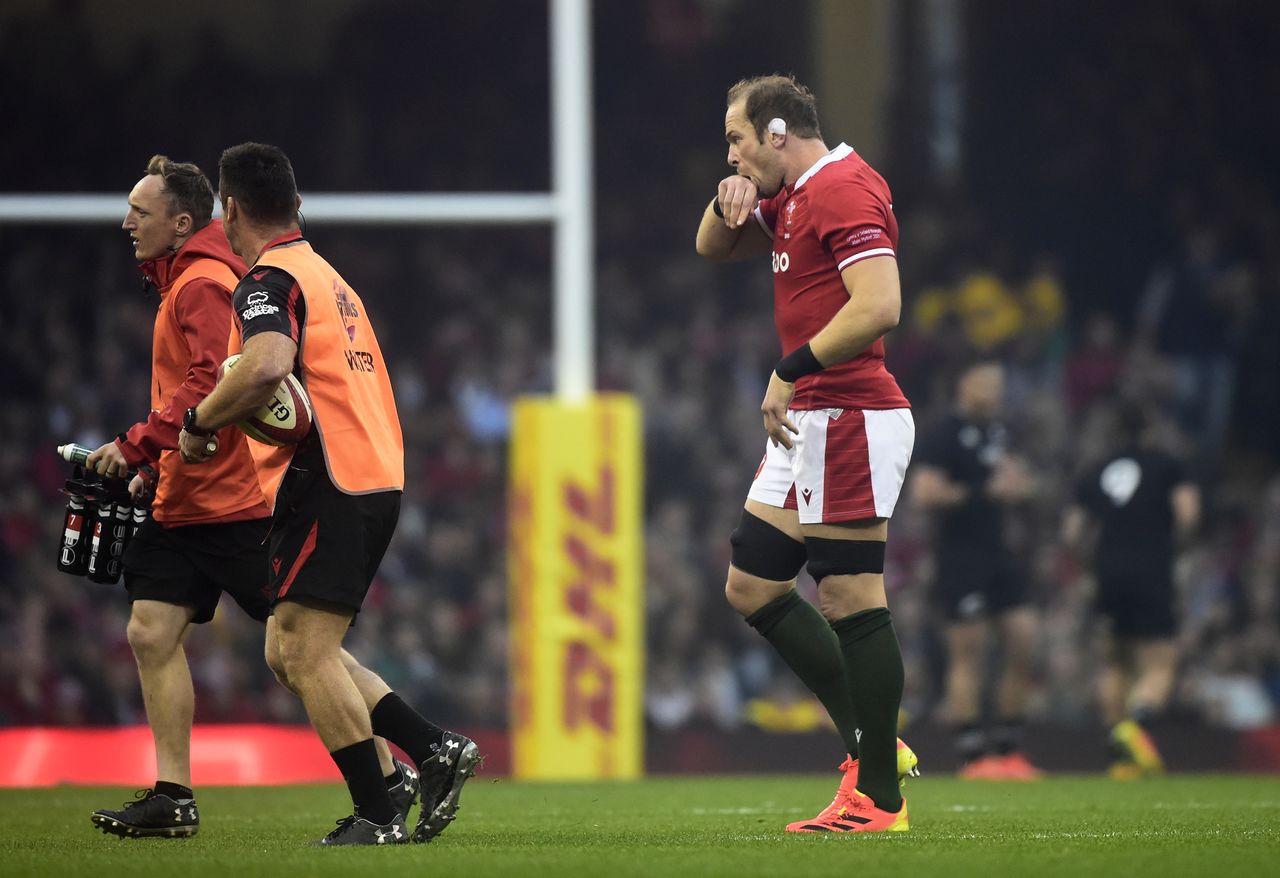 Jones suffered a recurrence of the injury that initially ruled him out of the British & Irish Lions tour to South Africa this year, only for him to recover in time to play in all three tests in Cape Town.

He will go for a scan on Sunday to assess the damage after being forced him off after 19 minutes of Saturday’s 54-16 loss to the All Blacks.

"Talking to him in the changing room, he feels pretty good." Pivac said of his 36-year-old skipper, who was playing in a record breaking 149th test for Wales, surpassing the record for the most appearances for a single country.

"He’ll get a scan as a precaution. He’s not in any discomfort. At the time, with the previous episodes, he couldn’t play on.

"But he’s feeling a lot better so that’s a plus," the coach told a news conference.

Jones first hurt the shoulder in June playing in the Lions warm-up test against Japan at Murrayfield and was ruled out of the tour to South Africa.

He made a speedy recovery, however, and led the Lions in the three-test series against the Springboks.

On Saturday, it was a tackle on Beauden Barrett, who was making his 100th appearance for the All Blacks, that caused the injury.

Asked whether there were fears he had dislocated his shoulder again, Pivac said: "Certainly that wasn’t the discussion and our medical team was in South Africa. I don’t think they’ll write him off after South Africa."

Wales play South Africa next Saturday, Fiji on Nov. 14 and Australia on Nov. 20, all in Cardiff.