Factbox-Five to watch: the big numbers in Japan's general election 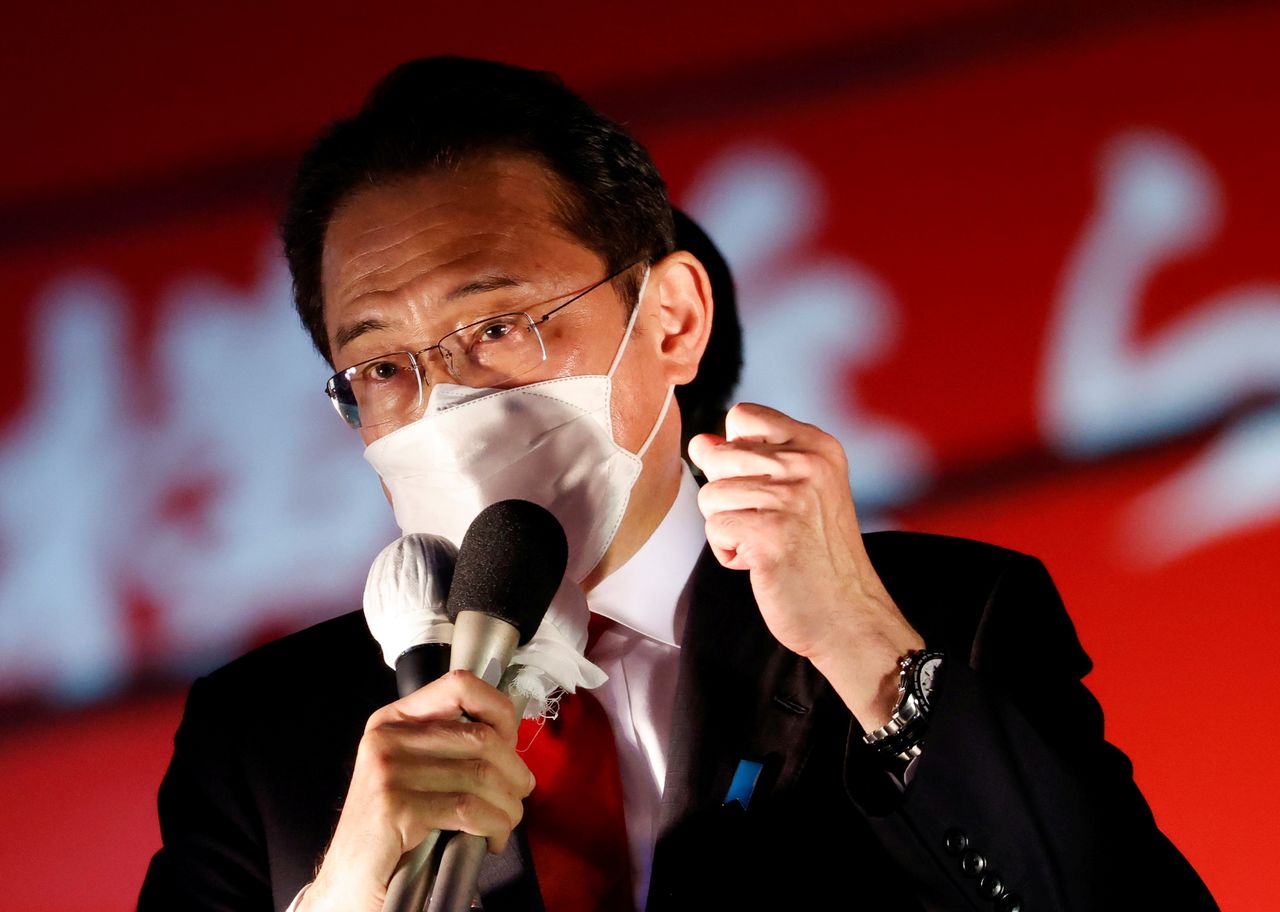 FILE PHOTO: Japan's Prime Minister Fumio Kishida, who is also the President of the ruling Liberal Democratic Party, delivers a speech to voters from atop the campaigning bus on the last day of campaigning for the October 31 lower house election, amid the coronavirus disease (COVID-19) pandemic, in Tokyo, Japan October 30, 2021. REUTERS/Issei Kato/File Photo

233 SEATS FOR A MAJORITY

Kishida has said he wants to maintain a majority - or 233 seats of the 465-member lower chamber - for the ruling coalition, a low-ball target given that the LDP alone held 276 seats before the election was called this month.

The coalition is expected to remain in power, but the focus is on whether the LDP can retain a majority by itself.

It is expected to lose some seats because of disapproval of its handling of the coronavirus pandemic and lacklustre support for Kishida. Some polls show the LDP could lose its majority, a result that would raise questions about Kishida's ability to hang in for the long term and weaken him ahead of next year's upper house election.

Some media polls suggest the ruling coalition could reach the so-called absolute stable majority of 261 seats - enough for it to take all the parliamentary committee chairs and maintain a majority on each committee, making it easy to push through bills.

The reform-minded Japan Innovation Party (JIP) could treble the number of its lawmakers as its support base expands from the western city of Osaka and surrounding areas to the rest of the country, several surveys have shown.

The JIP, which held 11 lower house seats before the election was called, could win up to 36 seats, an outcome that could make it the third-biggest party in the chamber, the Asahi daily said, bolstering its influence in national politics.

Although the JIP is in opposition, like Kishida's LDP it is in favour of revising the U.S.-drafted, post-war constitution and letting the defence budget break away from a narrow range around 1% of GDP to increase Japan's security posture.

A strengthened JIP could also put more national focus on Japan's drive to build casinos. The party is in favour of casinos and Osaka last month picked MGM Resorts International and partner Orix Corp to build what could be Japan's first casino.

Voter turnout came in at 53.7% in the 2017 general election, the second-lowest in post-war Japan, meaning nearly half of the electorate failed to exercise their right to vote.

A higher turnout typically favours the opposition. Polls have suggested turnout will be slightly higher than the post-war record low of 52.7% in 2014.

The youth turnout was particularly low in 2017, with only three out of every 10 people in the 20-24 age bracket casting votes. As a result, lawmakers tend to pay more heed to the needs of the elderly, who are far more likely to vote in ageing Japan.