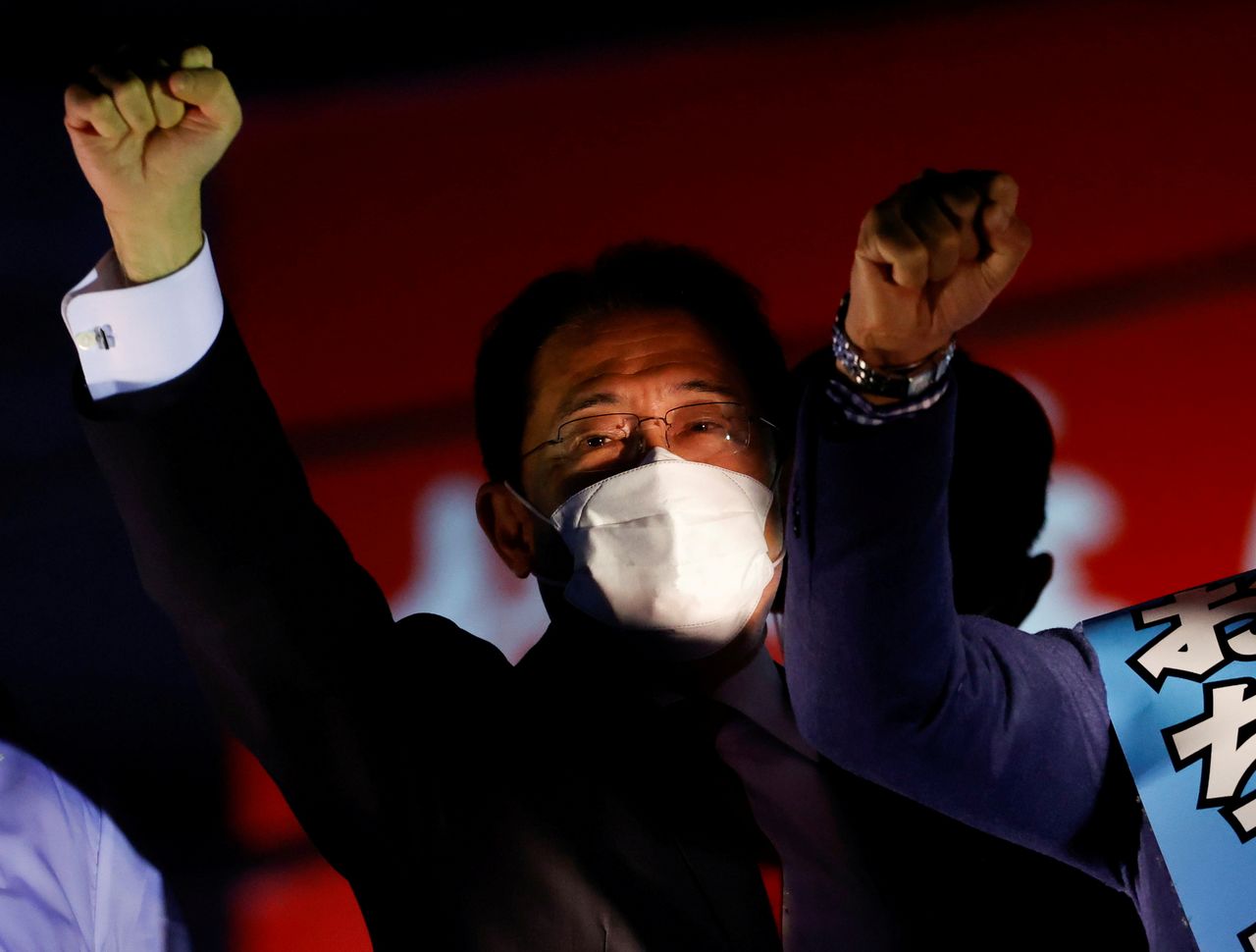 FILE PHOTO: Japan's Prime Minister Fumio Kishida, who is also the President of the ruling Liberal Democratic Party, raises his fist with the party's candidates atop the campaigning bus on the last day of campaigning for the October 31 lower house election, amid the coronavirus disease (COVID-19) pandemic, in Tokyo, Japan October 30, 2021. REUTERS/Issei Kato/File Photo

TOKYO (Reuters) - Japan's ruling coalition is projected to stay in power but the party of Prime Minister Fumio Kishida is forecast to take a drubbing in an election on Sunday, public broadcaster NHK said, a blow that could mean political instability in the world's third-biggest economy.

It was too close to call whether Kishida's Liberal Democratic Party (LDP) would maintain its majority in the lower house of parliament as a single party, according to exit polls, but its coalition with junior partner is forecast to maintain control.