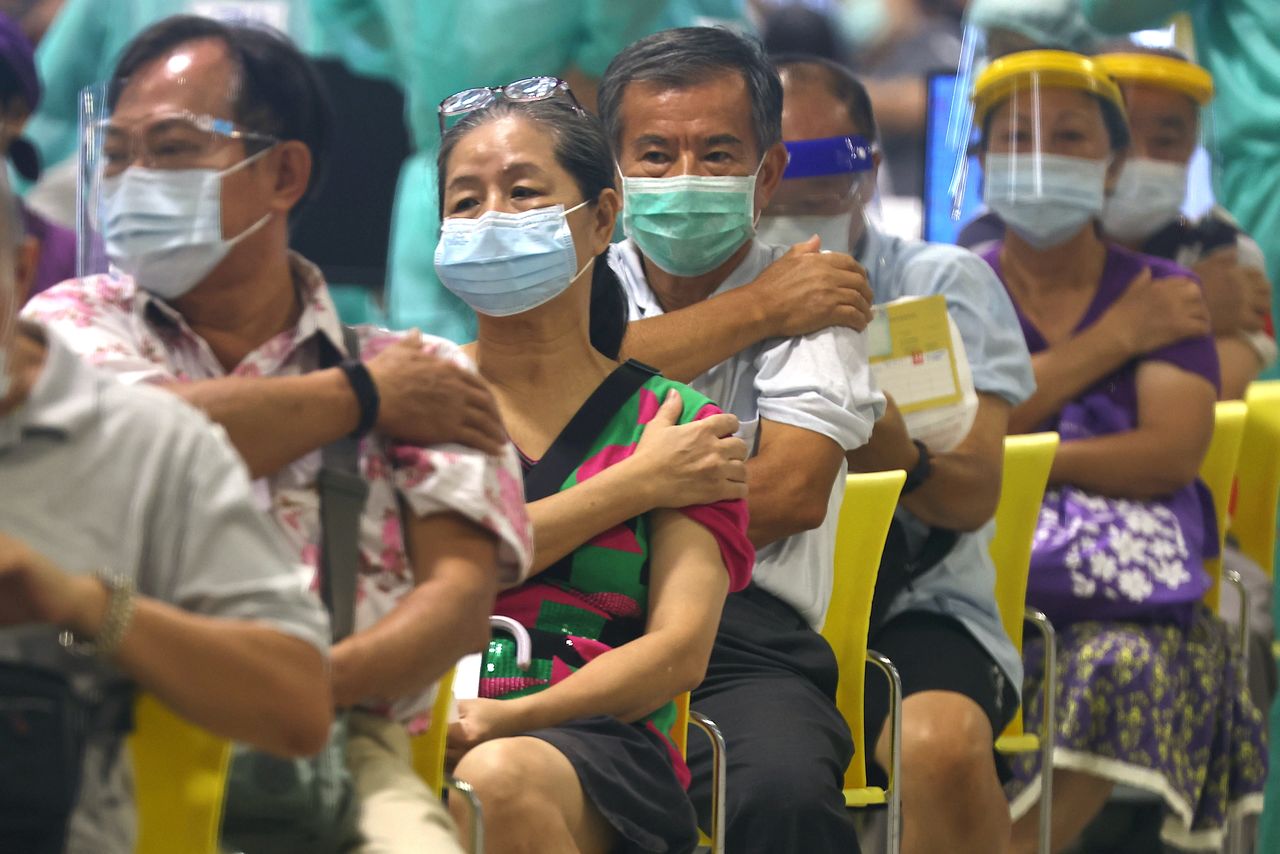 People rest after receiving a dose of the Moderna vaccine against the coronavirus disease (COVID-19) at an exhibition hall in Taipei City, Taiwan, July 14, 2021. REUTERS/Ann Wang

WASHINGTON (Reuters) - The United States is delivering an additional 1.5 million COVID-19 vaccine doses to Taiwan, a senior U.S. administration official told Reuters, increasing to 4 million the total number of shots donated by Washington to the self-ruled island, which is under increasing pressure from China.

The new delivery of Moderna Inc doses will depart from Louisville, Kentucky, on Sunday aboard a flight belonging to Taiwan's China Airlines, the official said.

"Our vaccines do not come with strings attached" and were not donated to "secure favors or extract concessions," the Biden administration official said, in an apparent reference to criticism that Beijing is trying to strengthen its geopolitical clout through so-called vaccine diplomacy.

The official added that Taiwan was a "vital partner" on global health issues.

Taiwan President Tsai Ing-wen thanked the United States and said the donation showed that the U.S. support for Taiwan was "rock-solid."

"Based on the solid foundation of this friendship, Taiwan will continue to deepen partnership with the United States on all fronts," she said in a Facebook post late on Sunday

The United States gave 2.5 million doses to the island claimed by China in June, making it among the first international recipients of U.S. vaccines.

At the time, U.S. officials said China was attempting to block vaccine purchases by Taiwan for political reasons, which Beijing denied.

Japan, the Czech Republic, Slovakia, Poland and Lithuania also have donated COVID-19 vaccines to Taiwan, where about 70% of the population has received at least one dose, according to Taiwan media. Only about 30% of the country's 24 million people have been fully vaccinated.

Under pressure to share its coronavirus vaccine supply with the rest of the world, the United States has donated 200 million doses to more than 100 countries, the White House said earlier in October.

Taiwan, a key hub in the straining global technology supply chain, grew at its slowest pace since the second quarter of 2020 in the July-September period as coronavirus curbs to contain a local outbreak hit consumption.

The United States, which like most countries has no formal diplomatic relations with Taiwan, has watched its rising tensions with Beijing with alarm. President Joe Biden's administration has vowed to boost ties with the island, which under U.S. law Washington is required to supply with the means of defense.