'Time to do the right thing,' negotiators told as COP26 climate talks open

GLASGOW (Thomson Reuters Foundation) - With the UK hosts warning that "lights are flashing red on the climate change dashboard", the COP26 U.N. climate summit kicked off on Sunday in Glasgow, marked by pointed warnings of growing threats as emissions-cutting pledges still fail to add up.

"I do not underestimate the challenge" of reaching an effective deal to adequately slash emissions, Alok Sharma, Britain's COP26 president, told delegates at the talks' opening.

But, he added, "I believe that we can resolve the outstanding issues."

Heavy rain poured down in Glasgow on the first day of COP26, and a fallen tree blocked train lines from London, forcing some red-faced delegates into last-minute flights or rental cars.

Others struggled to master the phone apps governing a daily coronavirus testing regime for attendees, some of whom showed up to the venue of one of the first major international gatherings since the start of the pandemic with negative tests in hand.

"This is not a normal COP," Sharma admitted.

But the biggest hurdle facing COP26 may be the outcome of the G20 meeting of major economies in Rome this weekend, where leaders backed a 1.5-degree Celsius limit on global temperature rise but offered few new concrete commitments to achieve it.

As world leaders arrive at the talks in Glasgow on Monday, more ambitious emissions-cutting pledges will be crucial for the COP26 hosts to meet their overarching goal to "keep 1.5 alive".

"If the G20 was a dress rehearsal for COP26, then world leaders fluffed their lines," Jennifer Morgan, executive director of Greenpeace International, said in a statement, describing the G20 outcome as "weak".

Alden Meyer, a senior associate at climate think-tank E3G, noted that "much hard work – especially on issues of climate finance – remains ahead, if COP26 is to reach agreement" on keeping the 1.5C goal in sight.

"The transition we need is beyond the scope, scale and speed of anything humanity has accomplished in the past. It is a daunting task. But humanity is a species defined by its ingenuity," she said.

She encouraged negotiators to "keep the big picture in mind" as they haggled over details on things like finance and carbon markets, reminding them to think of "what we are trying to achieve together... and the trust invested in you by billions".

Abdulla Shahid, president of the U.N. General Assembly, urged negotiators to "be honest with each other and with the rest of the world" about past failures to act fast enough on climate threats and to "choose the hard but necessary actions".

"We have run out of excuses. It is time to do the right thing," said Shahid, also foreign minister of the Maldives, a nation of low-lying Indian Ocean islands.

As the talks got underway, the World Meteorological Organization said that the last seven years had been the hottest on record and sea level rise reached a new high in 2021.

In a report released on Sunday, it called the changes "uncharted territory, with far-reaching repercussions for current and future generations".

Mayor Frank Cownie of the U.S. city of Des Moines said changes were not just being seen in the poorer countries considered most vulnerable to climate change threats.

His Midwestern city, in the U.S. state of Iowa, has seen much more extreme weather in recent years, including 10 inches (250 mm) of rain falling in just three hours and hurricane-like 130 mph winds.

"This is a global catastrophe that we all need to jump on, (with) all hands on deck," said Cownie, president of ICLEI, an association of sustainable local governments. "We have to prepare for the worst. That’s sort of the new normal."

But cities and other local governments are often leading the way on low-carbon changes, and offer examples national governments can scale up, Ryuzo Sugimoto of Japan's Ministry of Environment, told a press conference with city officials.

Now, with the need to speed up large-scale emissions cuts by 2030 - on the way to net-zero by 2050 - the world requires a "decarbonisation domino effect", with local governments often good testing grounds for what is possible, Sugimoto said.

Susan Aitken, the leader of Glasgow's city council, said such changes also had to happen in a fair way, focused on "taking our citizens with us".

The decline of Glasgow's industrial might, starting 30 or 40 years ago, left the city with enduring mental and physical scars, she said, including a legacy of unemployment.

Now a rapid switch to a greener economy, based on clean power, needs to be far more just and inclusive, as governments invest "unprecedented sums" to tackle climate change, she said.

"Climate justice and social justice are indivisible," she added. 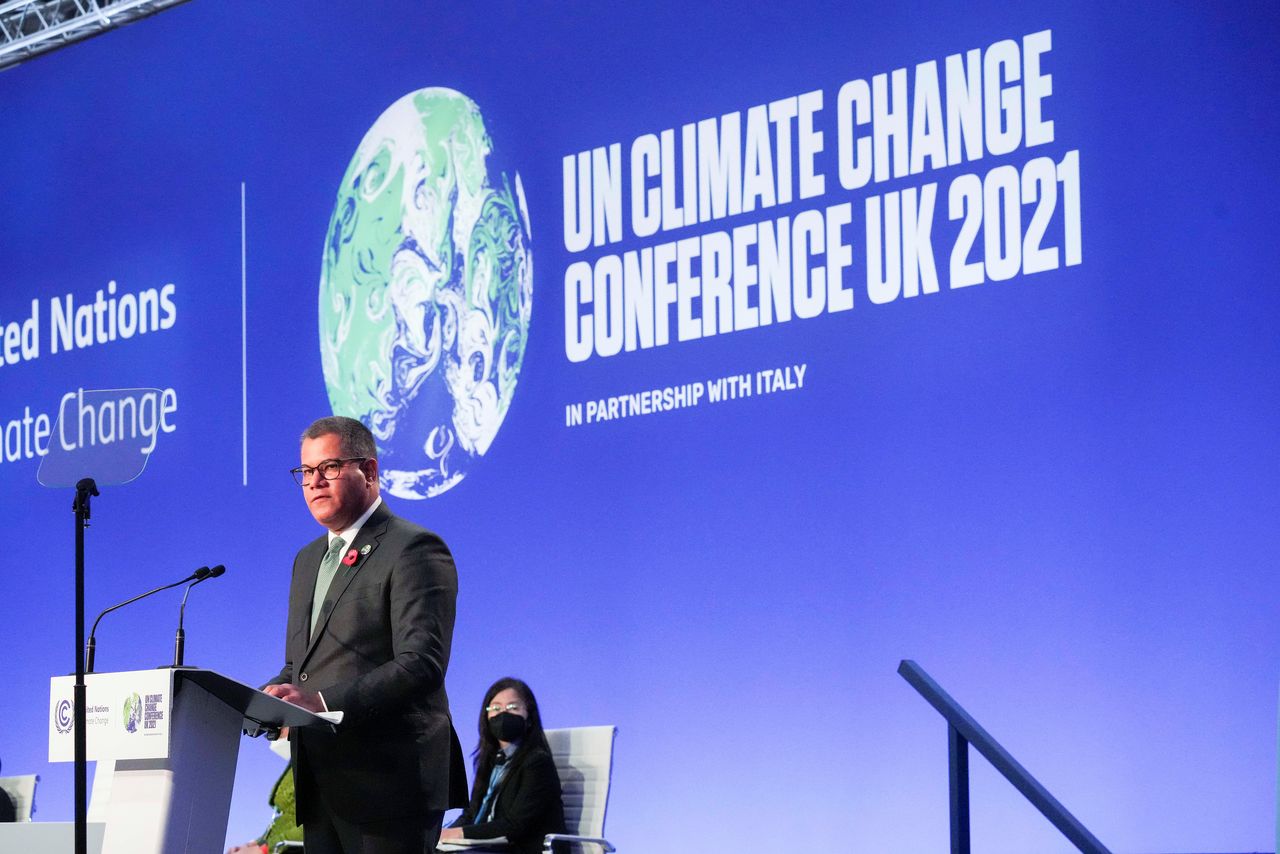 President for COP26, Alok Sharma speaks on stage as he attends the opening ceremony of the UN Climate Change Conference (COP26) at SECC in Glasgow, Scotland, Britain October 31, 2021. Christopher Furlong/Pool via REUTERS 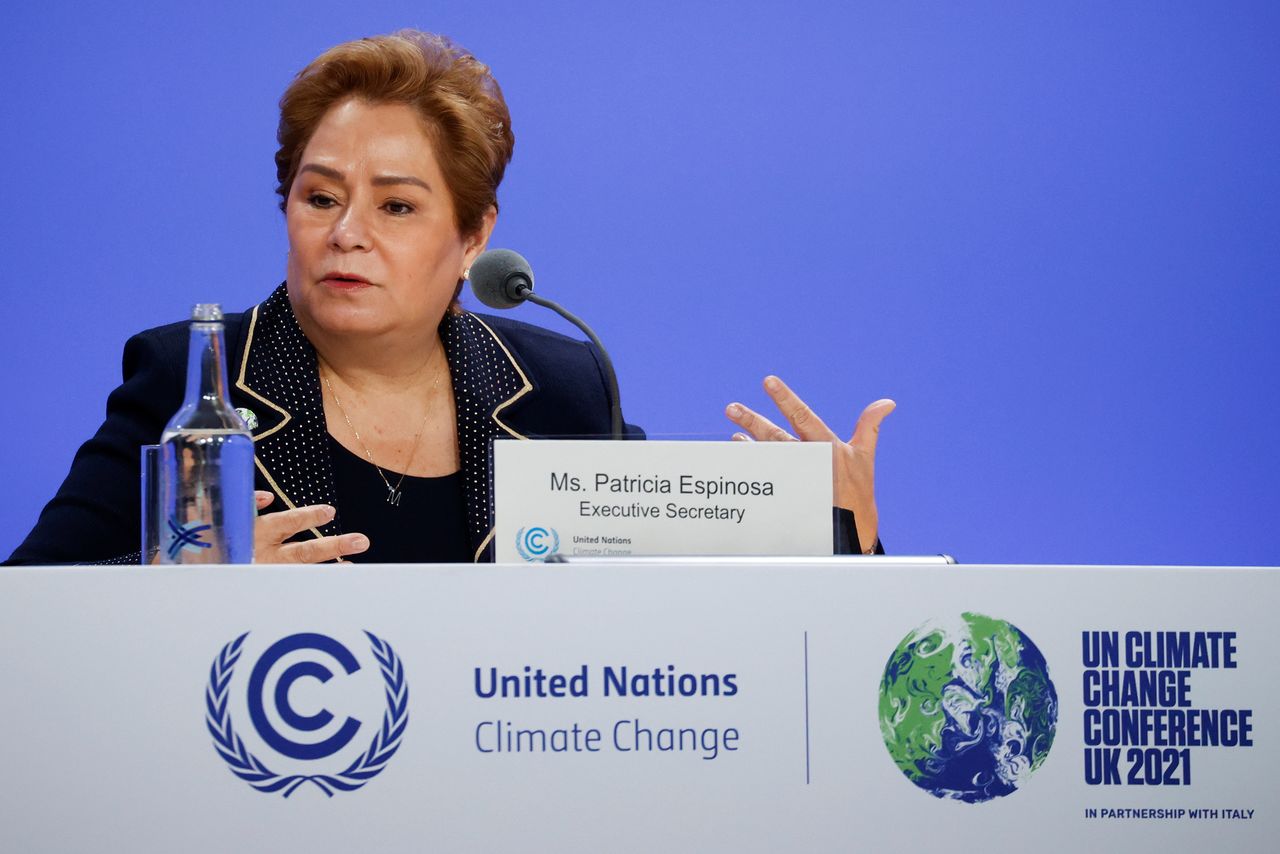 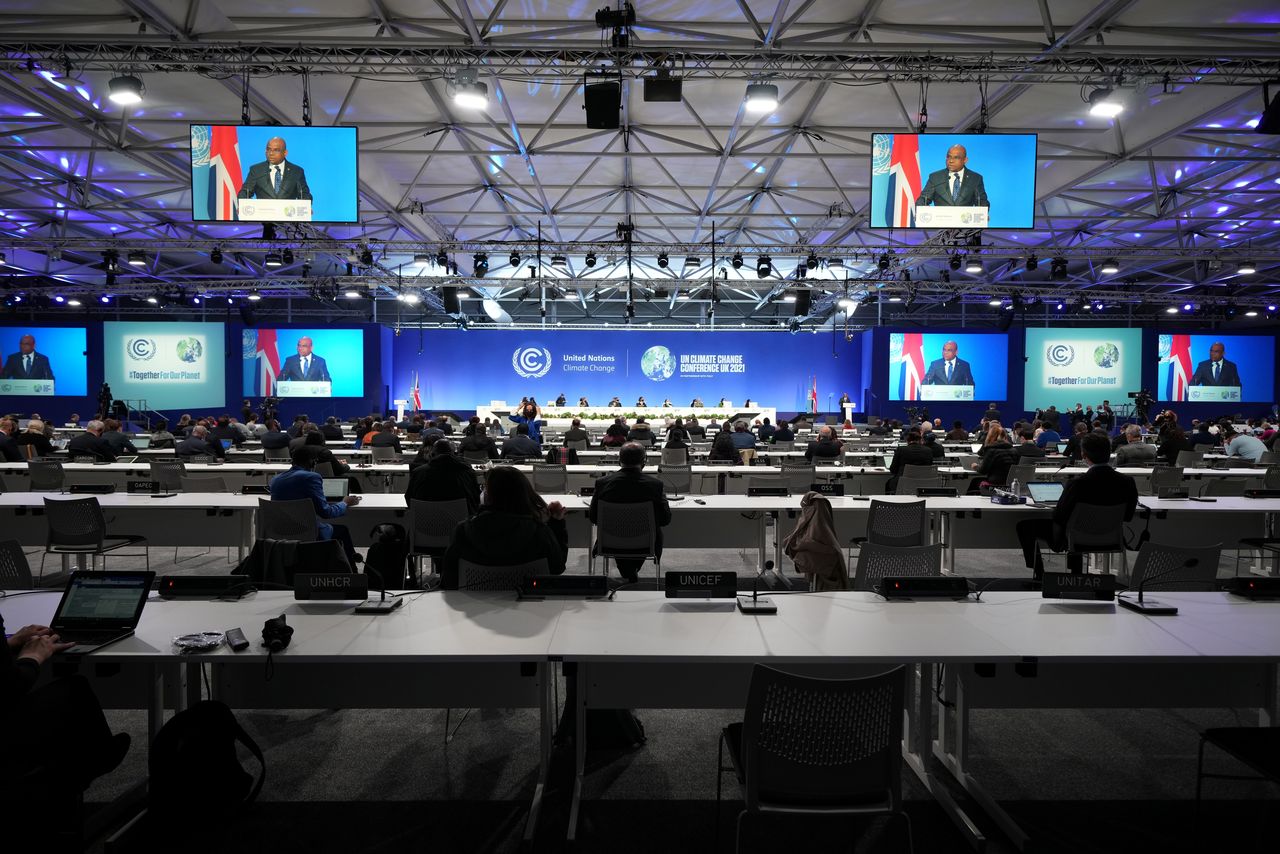 President of the United Nations General Assembly Abdulla Shahid is seen on screen as he speaks at the start of UN Climate Change Conference (COP26) in Glasgow, Scotland October 31, 2021. Christopher Furlong/Pool via REUTERS