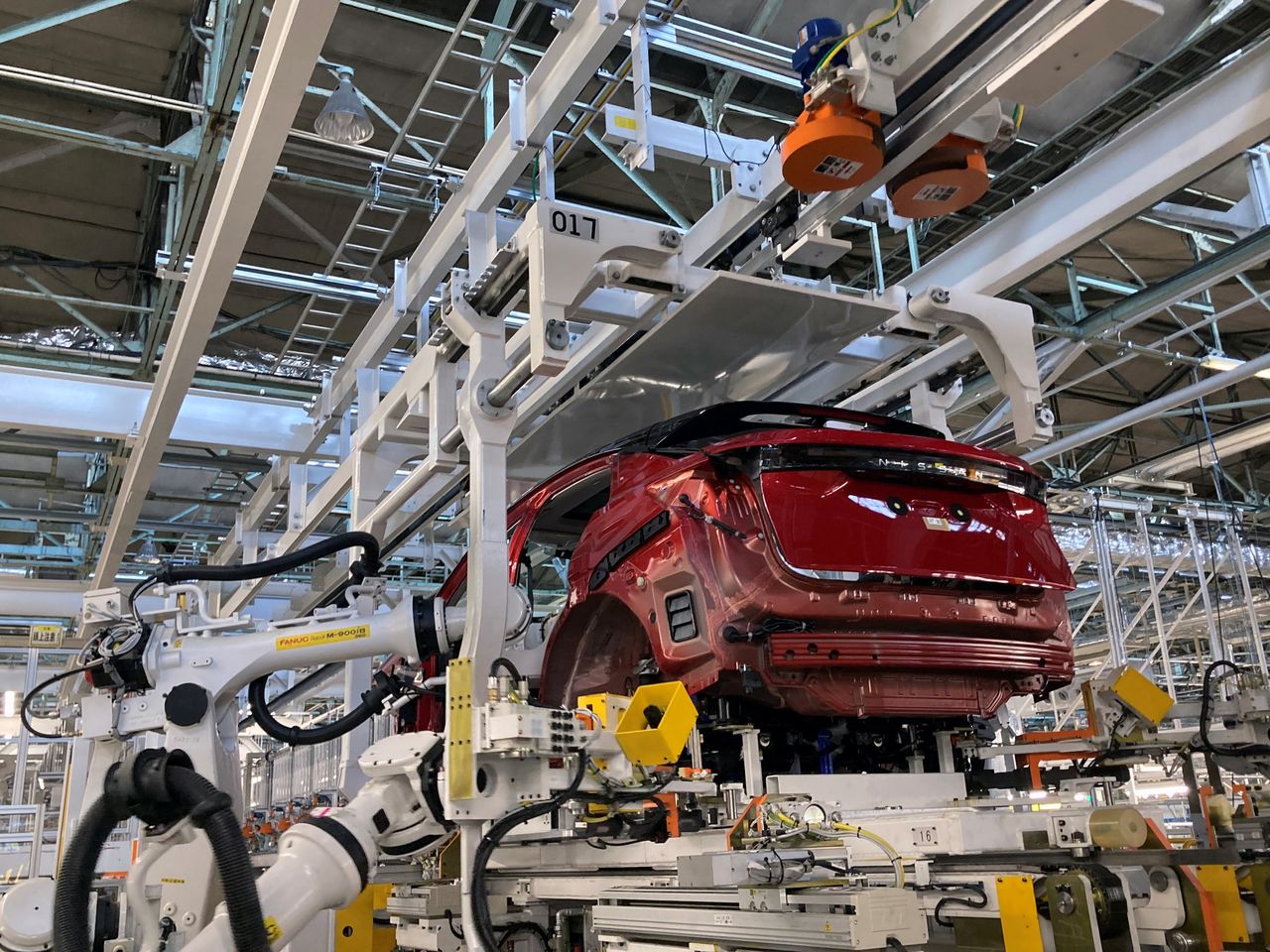 TOKYO (Reuters) - Japan's factory activity expanded at the fastest pace in six months in October, an encouraging sign for the world's third-largest economy as it navigates the challenges posed by persistent global raw material and chips shortages.

Manufacturers said the material shortages and delivery disruptions continued to affect their operations, resulting in the sharpest jump of input prices in more than 13 years, a private-sector survey showed.

The final au Jibun Bank Japan Manufacturing Purchasing Managers' Index (PMI) in October rose to 53.2 on a seasonally adjusted basis from 51.5 in the previous month, expanding for the ninth consecutive month.

The headline figure, which was slightly better than a 53.0 flash reading, was helped by a return to growth in output and overall orders, though their rate of expansion was modest and supply problems remained a drag.

"Material shortages and delivery delays induced sharp rises in input prices... This contributed to higher charges for clients in attempts to cover margins, with factory gate inflation quickening to a 13-year high."

On the brighter side for consumption, the PMI survey's the headline figure for consumer goods rose to its highest since May 2019, HIS Markit said, as firms were helped by the waning impact of the coronavirus pandemic at home.

Manufacturers also remained optimistic regarding the outlook for production for the 12 months ahead, suggesting firms had high hopes of better conditions.

The overall level of positive sentiment came in at its highest since the data was first collected in July 2012.