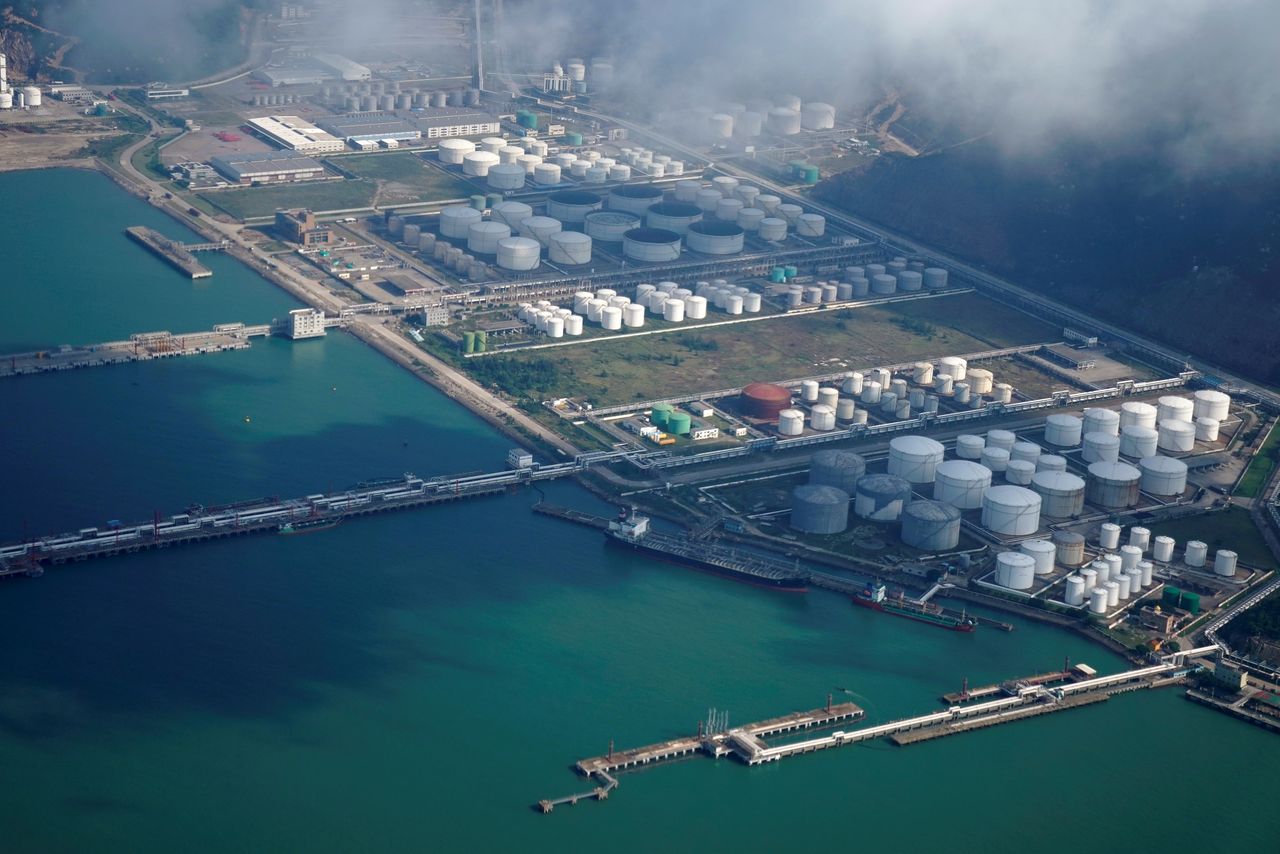 FILE PHOTO: Oil and gas tanks are seen at an oil warehouse at a port in Zhuhai, China October 22, 2018. REUTERS/Aly Song

(Reuters) -Oil prices settled higher on Monday as expectations of strong demand and a belief that a key producer group will not turn on the spigots too fast helped reverse initial losses caused by the release of fuel reserves by No. 1 world energy consumer China.

A Reuters poll showed that oil prices are expected to hold near $80 as the year ends, as tight supplies and higher gas bills encourage a switch to crude for use as a power generation fuel.

Oil rallied to multi-year highs last week, helped by a post-pandemic demand rebound and the Organization of the Petroleum Exporting Countries and allies led by Russia, or OPEC+, sticking to gradual, monthly production increases of 400,000 barrels per day (bpd), despite calls for more oil from major consumers.

The increase in OPEC's oil output in October fell short of the rise planned under a deal with allies, a Reuters survey found on Monday, as involuntary outages in some smaller producers offset higher supplies from Saudi Arabia and Iraq.

OPEC+ is expected by analysts to stick to the 400,000 figure at its Nov. 4 meeting, with members Kuwait and Iraq in recent days voicing their support for it, saying those volumes were adequate.

"We feel that their position will be one where the status quo will be maintained while a 'wink and a nod' will be provided in accepting violation of quotas should Brent values gravitate back up into new 7-year high territory," said Jim Ritterbusch, president of Ritterbusch and Associates LLC in Galena, Illinois.

Prices rose despite China saying in a rare official statement that it had released gasoline and diesel reserves to increase market supply and support price stability in some regions.

Exxon and Chevron are looking to add drilling rigs in the Permian shale basin after sharply cutting crews and output in the region last year, the companies said on Friday.