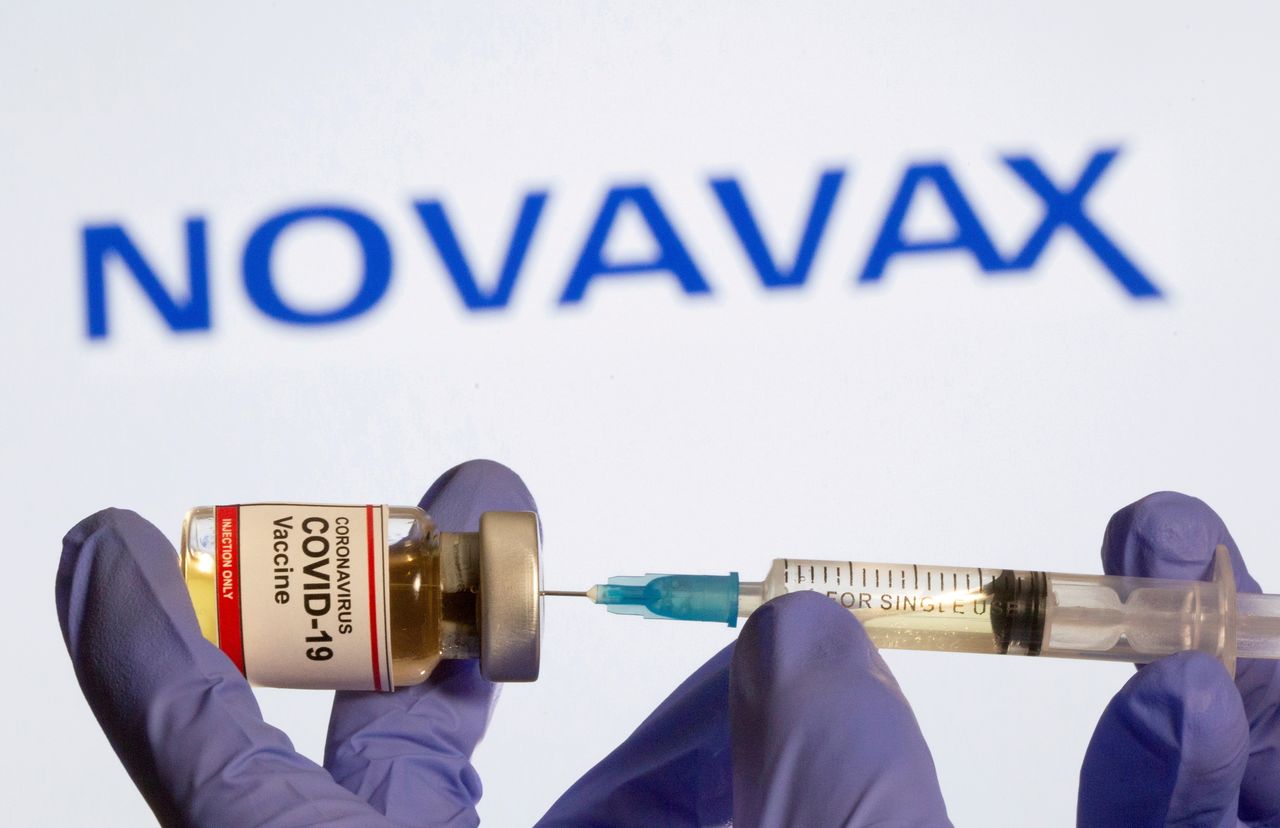 FILE PHOTO: A woman holds a small bottle labeled with a "Coronavirus COVID-19 Vaccine" sticker and a medical syringe in front of displayed Novavax logo in this illustration taken, October 30, 2020. REUTERS/Dado Ruvic

By Carl O'Donnell and Dania Nadeem

(Reuters) -Novavax Inc expects regulators in India, the Philippines and elsewhere to make a decision on its COVID-19 vaccine within "weeks," its chief executive told Reuters, after the shot on Monday received its first emergency use authorization (EUA) from Indonesia.

Novavax shares were up about 13% after the company also said it had filed an application for emergency use of the vaccine to Canada and the European Medicines Agency.

For Indonesia, the shot will be manufactured by the world's largest vaccine manufacturer, Serum Institute in India (SII), and sold under the Indian company's brand name, Covovax. Novavax said initial shipments into Indonesia are expected to begin imminently.

The World Health Organization (WHO) is also reviewing Novavax's regulatory filing and the U.S. drugmaker expects that review to be resolved in the coming weeks, Chief Executive Stanley Erck told Reuters in a phone interview on Monday.

A green light from the WHO would set the stage for Novavax to begin shipping doses to the COVAX program that supplies shots to low-income countries. Novavax and SII have together committed to provide more than 1.1 billion doses to COVAX, which is co-led by the WHO.

“I think we'll get some doses to COVAX this year," Erck said. "But I think (Novavax is) going to really start being able to ship large quantity to COVAX in the first quarter" of 2022.

Erck said Novavax has resolved all of its manufacturing challenges and does not expect regulators to have any further concerns about its production processes.

He said Novavax is “in dialogue with the U.S. FDA and ... we expect a full submission within the next several weeks.”

Novavax had delayed filing for U.S. approval, and Politico reported last month that the company faced production and quality problems.

SII is authorized to make the Novavax vaccine and the U.S. company said it will apply for regulatory authorization for other facilities, such as its plant in the Czech republic, in the coming weeks.

Indonesia is slated to receive 20 million doses of the protein-based vaccine this year, according to the government.

Penny Lukito, chief of the National Agency for Drug and Food Control of Indonesia, did not immediately respond to a Reuters request for comment.

Novavax has so far applied for EUA in various countries, including the UK, Australia, India and the Philippines.

“It will be weeks, not months, for them to review” Novavax’s regulatory submissions and potentially clear the shot for use, Erck said.

The company, along with Japanese partner Takeda Pharmaceutical Co, said on Friday it was preparing to seek regulatory approval for a rollout in Japan early next year.

The Novavax shot was shown to be more than 90% effective, including against a variety of concerning variants of the coronavirus in a large, late-stage U.S.-based trial.