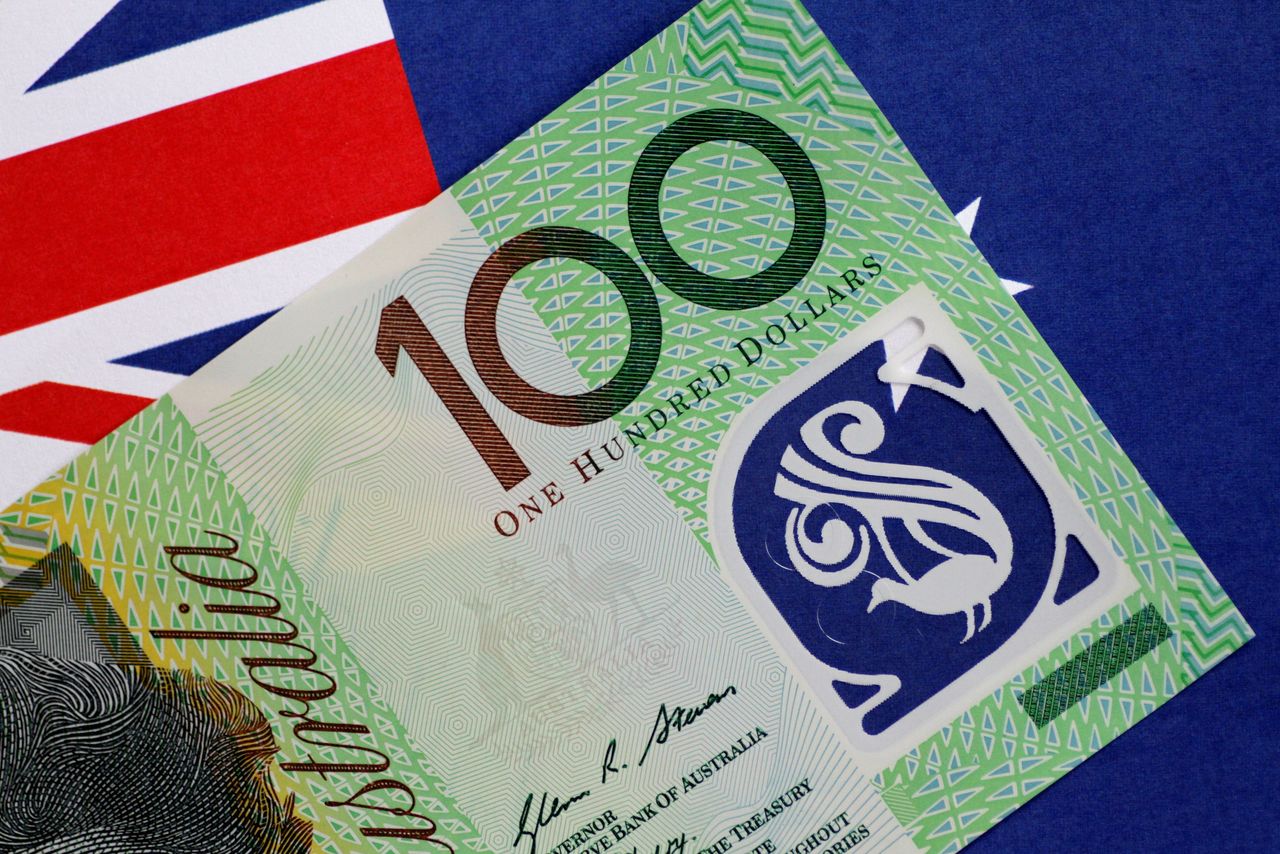 NEW YORK (Reuters) -The dollar firmed slightly on Tuesday as the U.S. Federal Reserve kicked off its two-day policy meeting where it was expected to announce it will begin tapering its massive asset purchases put in place at the start of the COVID-19 pandemic.

Investors in recent weeks have priced in a wave of tightening from central banks as they bet policymakers are sufficiently concerned about rising inflation to end pandemic-era levels of easing.

The Reserve Bank of Australia (RBA) on Tuesday sounded a more dovish tone than investors had anticipated, in the first of several central bank meetings this week, sending the Aussie to it's biggest one-day loss since Sept. 29.

The Fed will announce its policy decision on Wednesday, and the Bank of England will do so on Thursday.

"The theme of inflation getting out of control and forcing central banks into action is unfolding," said Edward Moya, a senior market analyst at Oanda.

The dollar index, which measures the greenback against a basket of peer currencies, was up 0.19% at 94.106.

The market has fully priced in the Fed's expected tapering announcement, and will be looking for any clues as to when the central bank will begin raising rates.

"It's going to be interesting because we'll have to see if we get any pushback from the Fed, given how the market pricing has become a bit aggressive in anticipating multiple rate increases next year," said Joe Manimbo, senior market analyst at Western Union Business Solutions.

"The rate debate is not all about inflation, it's also about the job market and I think the Fed wants to see the job market really turn the corner before acknowledging that policymakers are considering higher rates," he said.

Australia's central bank did not display the hawkish pivot markets were expecting, sending the Aussie dollar down 1.23% to $0.74265, its weakest since Oct. 19.

The RBA stressed that inflation was still too low, although it also omitted its previous projection that rates were unlikely to rise until 2024 and dropped a key target for the April 2024 government bond.

"Unlike other central banks (like the ECB recently), the RBA's message was successful in at least marginally scaling down hawkish bets, although markets are still pricing in 76bp (basis points) of tightening in the next 12 months," ING analysts said in a note.

Sterling was on the back foot, slipping 0.32% to $1.36175, ahead of Thursday's Bank of England meeting, where the market is pricing in an interest rate hike.

Marshall Gittler, head of investment research at BDSwiss Holding, noted that sight deposits data suggested the Swiss National Bank - which worries about a stronger franc hurting the Swiss economy - was not intervening as actively to arrest the franc strength as it had during previous moves higher.

"This could be the way the SNB goes along with the global trend toward tighter monetary policy, only doing it through the exchange rate rather than through its policy rate," he said.