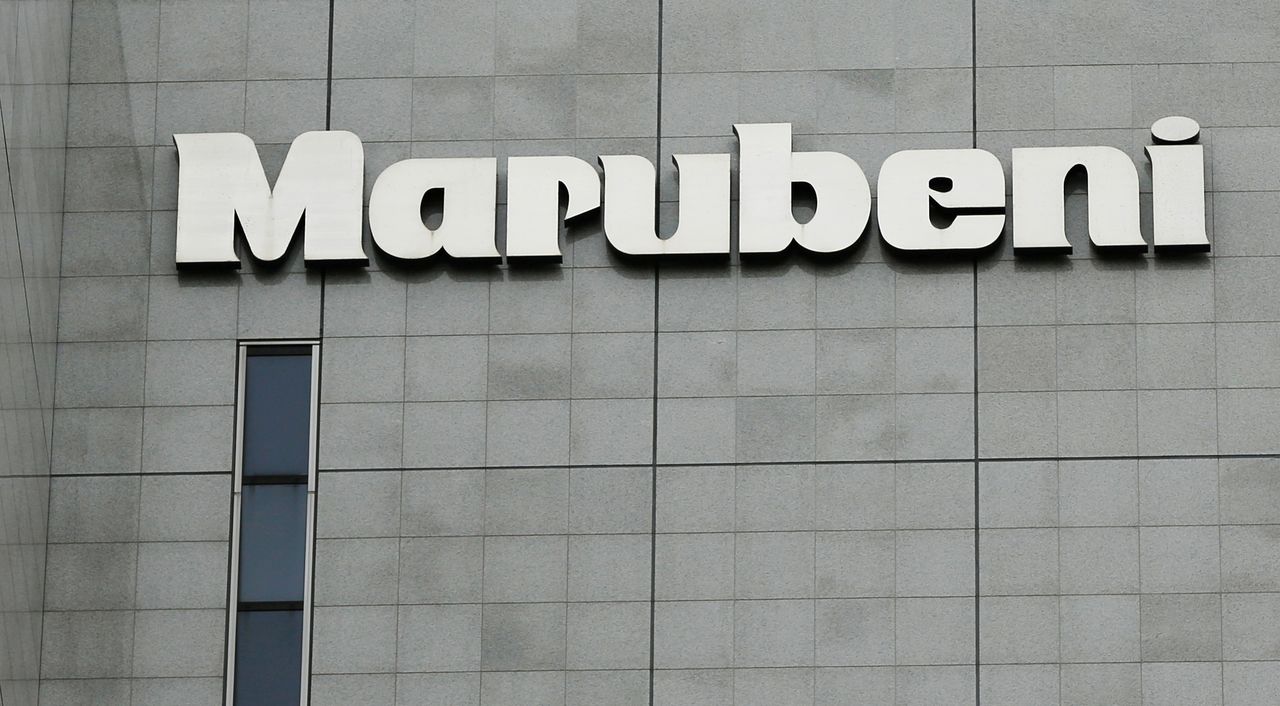 FILE PHOTO: The logo of Marubeni Corp is seen at the company headquarters in Tokyo, Japan, May 10, 2016. REUTERS/Toru Hanai

"Both natural resource and non-resource segments showed strong performance as the economy picked up from the pandemic-induced slump," Furuya said, pointing to solid growth in energy, agriculture and food processing operations.

For the six months to Sept. 30, net profit doubled from a year earlier as the contribution from its metals business jumped to 87.1 billion yen from 18.5 billion yen.

Marubeni raised its profit outlook for the year to March to a record 350 billion yen from 230 billion yen, beating the 325 billion yen mean of 11 analyst estimates compiled by Refinitiv.

The trading company also raised its annual dividend forecast to 51 yen per share from its earlier estimate of 34 yen.

Marubeni will consider buying back its shares as its financial base has improved on robust earnings, Furuya said, potentially changing its current policy of skipping share buybacks to focus on reinforcing its financial health.

Marubeni also said it would exit North Sea oil and gas operations by selling its assets, with details to be announced after a contract is signed.

"We'll continue to pursue the possibility of divesting our upstream stake in oil and gas, given the impact of climate change," Furuya said.