TOKYO (Reuters) - A drifter who admired the Joker from Batman and dressed as him to carry out a Halloween attack on a Tokyo train "wanted to kill lots of people" and planned his moves over months, buying a knife to use in the internet, police and media said on Tuesday.

The stabbing and arson attack, which briefly sent fire flaring in a train carriage, was carried out on Sunday night as many party-goers headed into Tokyo for Halloween celebrations and sent passengers screaming down the aisles of train carriages and scrambling out of windows to escape.

One man in his 70s remains in a serious condition with stab wounds to his torso and 16 others were treated for minor injuries, mostly smoke inhalation, a police spokesman said.

Kyota Hattori, 24 and dressed in multi-coloured clothing as the Joker, was arrested on the spot and later told investigators "I wanted to kill lots of people, I wanted the death penalty," the police spokesman added.

Shown in video footage sitting on a seat in the train carriage calmly smoking a cigarette prior to the attack, Hattori purchased the knife he used over the Internet and was carrying some 4 litres of lighter fluid in plastic bottles when he headed into Tokyo, which was filling with costumed partiers for Halloween, media reports said.

Hattori, who told investigators "things weren't going well with work and friends," may have started planning the attack as early as June when he quit his job in the southwestern city of Fukuoka and began moving east, staying for periods in major cities along the way until he reached Tokyo a month ago, the reports added.

Apparently choosing Halloween because he knew Tokyo would be crowded, Hattori left his hotel in the afternoon and took a train to the Shibuya district, popular with young people and famous for its Halloween street party, where costumed revellers gather to walk around and drink.

After that he took a train away from the city but then changed to another heading back in and filled with people, where he carried out the attack, said the reports, which police declined to confirm.

"Trains are essential to the life of society, and it's extremely important to be able to feel safe as you ride them," he added. 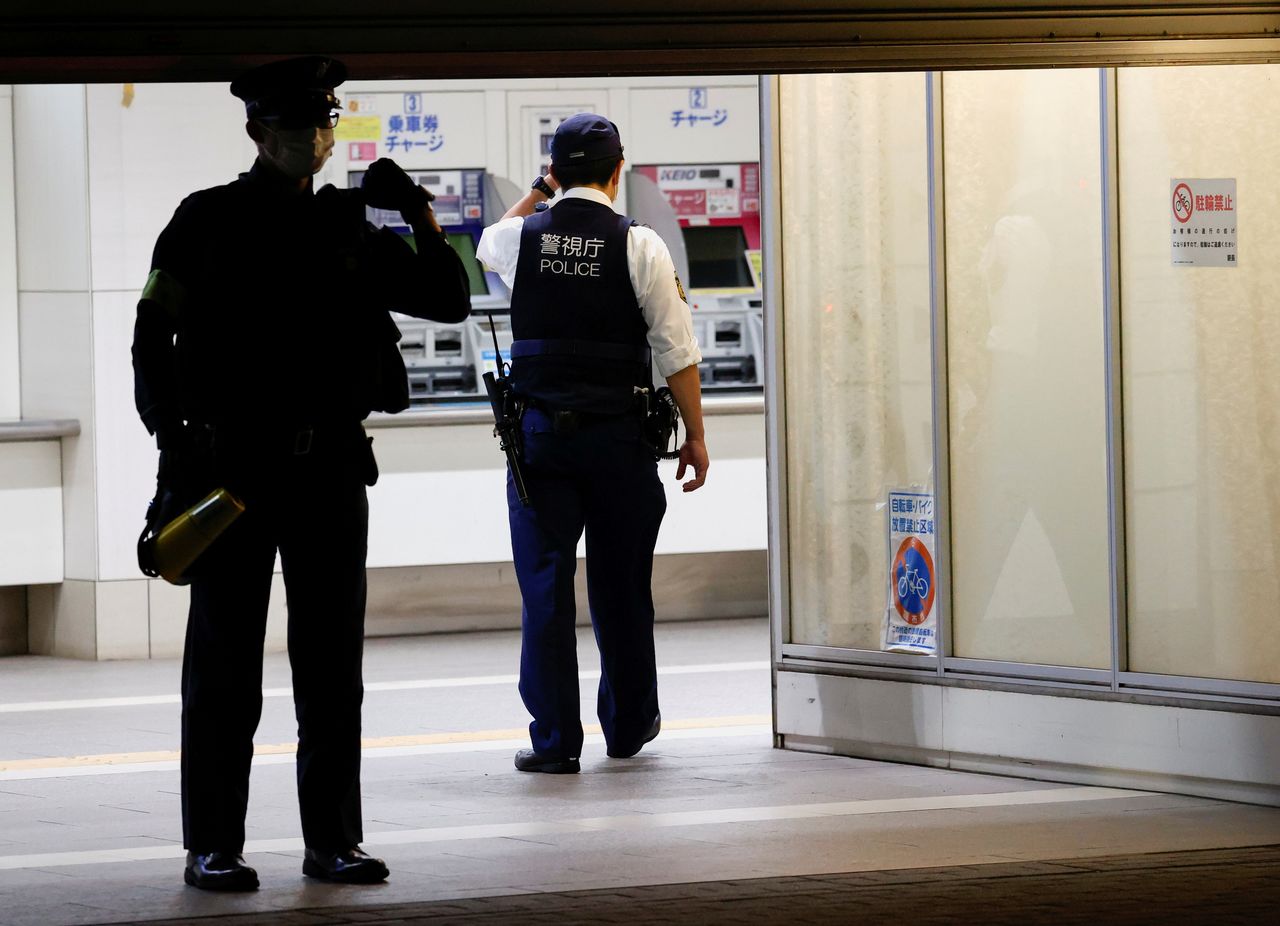 A police officer walks into Kokuryo station of the Keio Line train where a knife and arson attack incident occurred on a train, in Tokyo, Japan November 1, 2021. REUTERS/Issei Kato 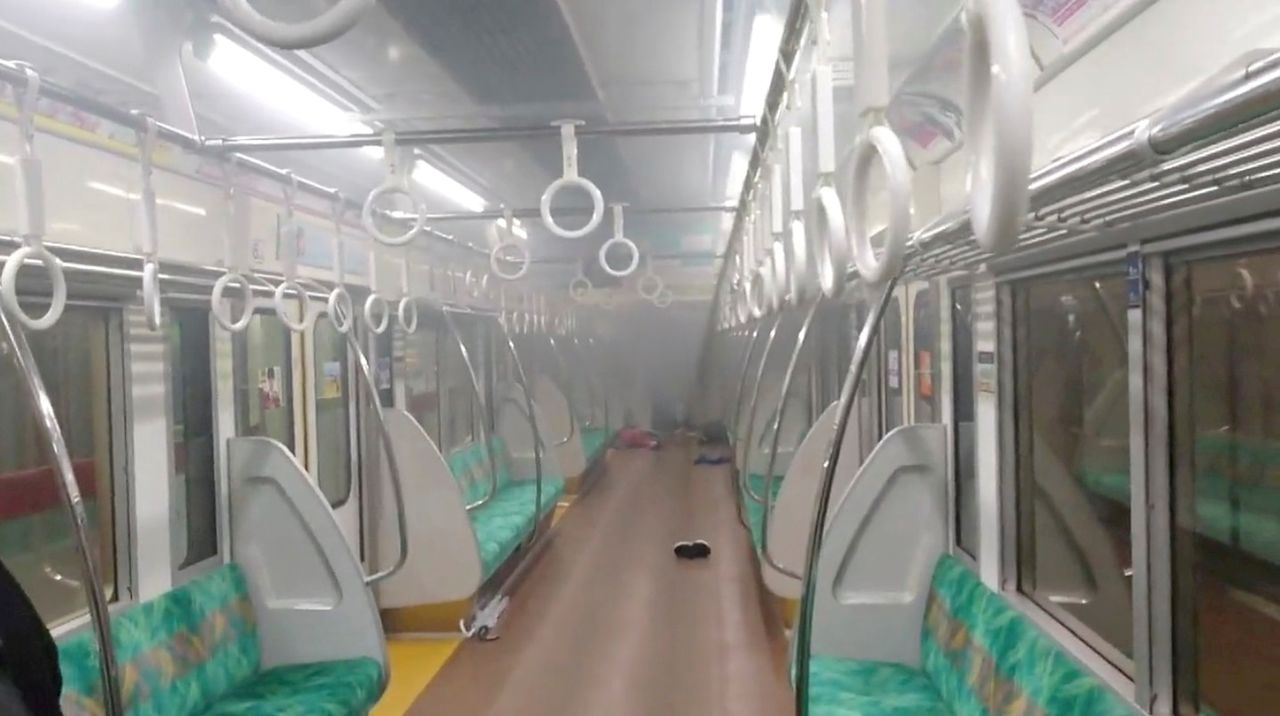 Smoke is seen in a carriage of a Tokyo train line following a knife and arson attack in Japan October 31, 2021 in this still image obtained from a social media video. Twitter/@SIZ33 via REUTERS 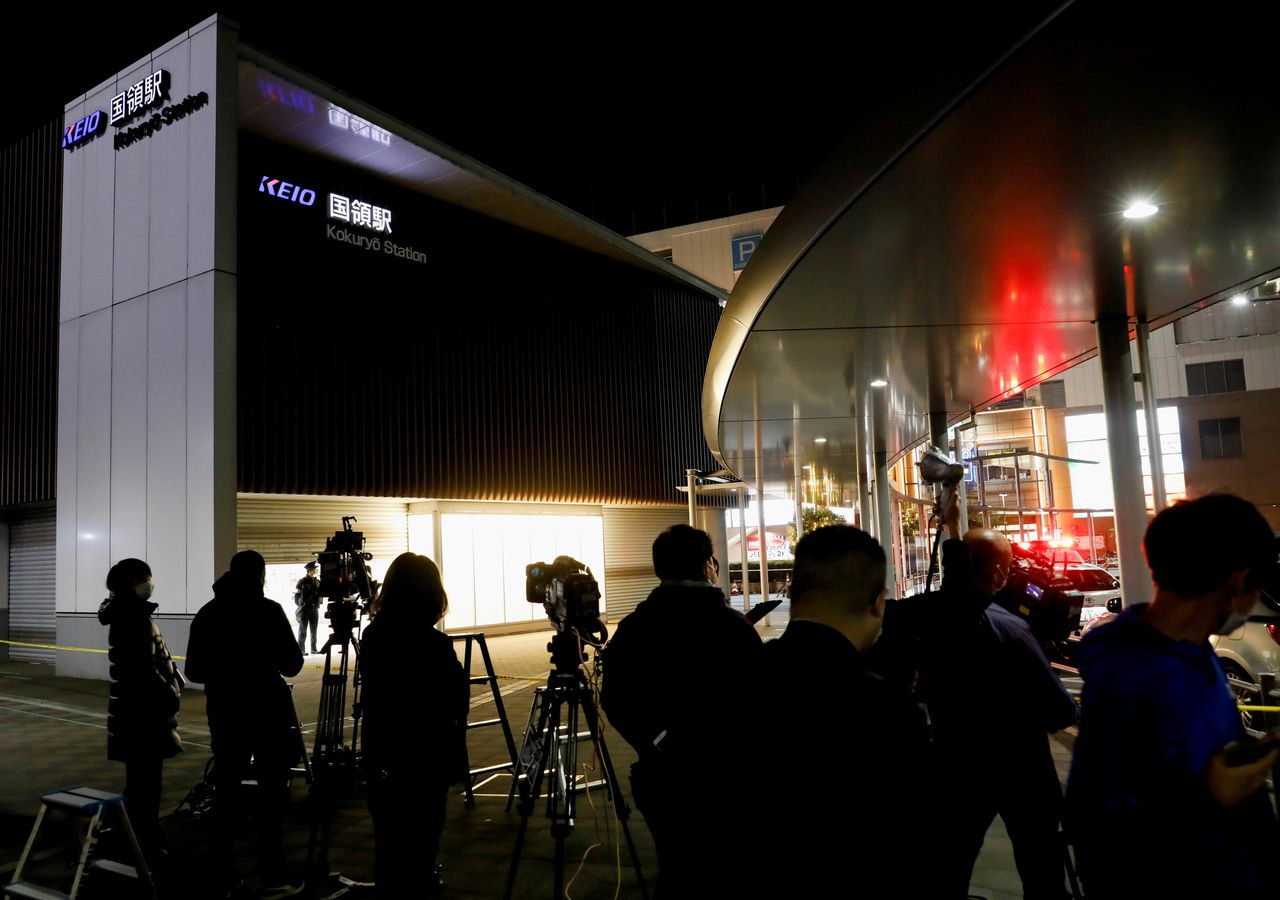 Media members gather outside Kokuryo station of the Keio Line train where a knife and arson attack occurred on a train in Tokyo, Japan November 1, 2021. REUTERS/Issei Kato