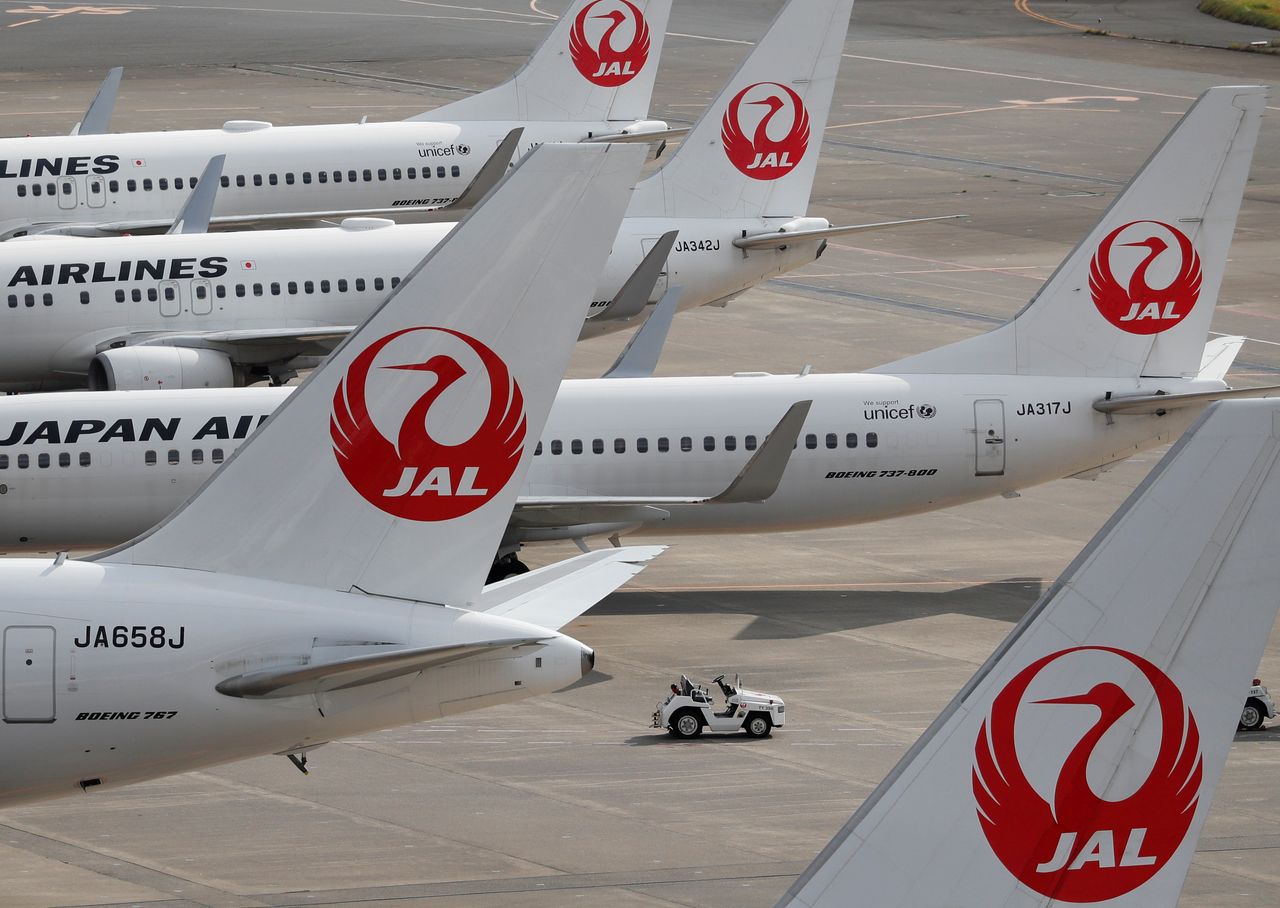 TOKYO (Reuters) -Japan Airlines Co Ltd (JAL) reported on Tuesday a narrower first-half loss before interest and tax from a year ago, helped by cost cuts the carrier undertook during the pandemic, but it flagged a wider-than-expected annual loss.

The company posted a first-half loss of 151.8 billion yen ($1.34 billion). In the prior year, Japan's second-largest airline had reported a loss of 223.9 billion yen in the six months ended Sept. 30.

JAL said on Tuesday it would report a full-year loss of 198 billion yen, larger than the consensus loss of 120 billion yen from 12 analysts polled by Refinitiv.

In August, the carrier failed to provide a full-year earnings forecast, saying uncertainty made prediction too difficult.

The airline, like the travel industry in the world's third-largest economy, was badly hit as Japan was under a state of emergency for much of the second quarter.

JAL said its workforce would shrink by 2,500 people by the end of the business year on March 31 to 33,500 people as older workers retired and it froze new hiring to lower costs.

Rival ANA Holdings Inc said last week that it expected to report an operating loss in the current financial year, down from an earlier prediction of a profit, and that it would reduce staff numbers by 20% within five years through attrition and retirement.

JAL said it expected to stop burning cash by the fourth quarter of the financial year as travel demand improved.

Japan on Tuesday confirmed plans to gradually ease COVID-19 border restrictions, but fell short of calls from business lobbies to open up the country in line with its major trading partners.

The government has decided to review border controls in stages, Chief Cabinet Secretary Hirokazu Matsuno told reporters on Tuesday, responding to media reports that quarantine for business travellers would be cut to three days from 10.