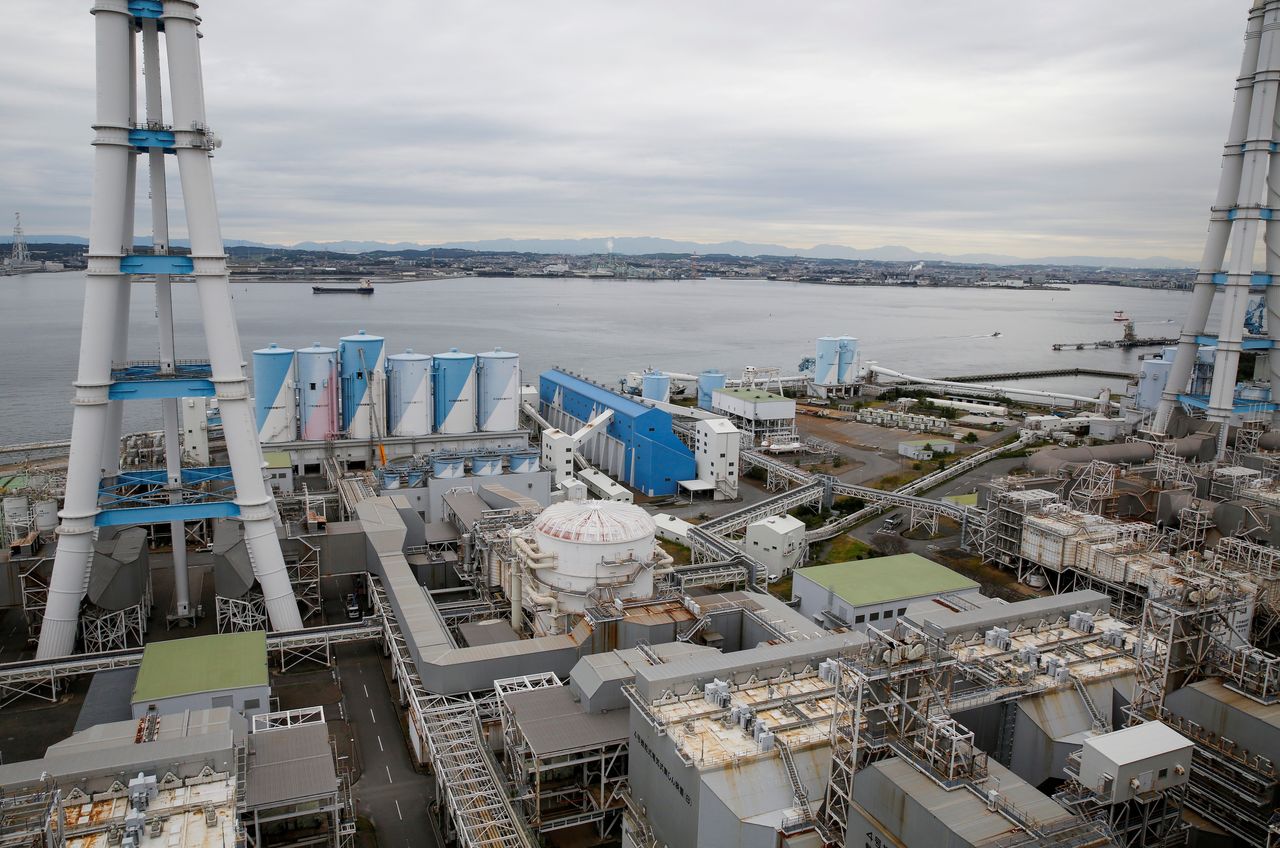 TOKYO (Reuters) - Surging energy costs have forced some Japanese utilities to slash their annual earnings forecasts, but they say they have prepared for the peak winter season with adequate fuel stocks and early plant maintenance to avoid unexpected shutdowns.

Thermal coal prices have more than doubled between March 31 and Sept. 30 while LNG spot prices have nearly quadrupled, with Brent crude rising more than 20% as the global economy rebounded from the pandemic-induced slump amid tight supplies.

Japanese utilities are still heavily reliant on coal and LNG in their fuel mix despite growing pressure to shift away from fossil fuels to tackle climate change and as they struggle to restart nuclear power stations due to stricter regulations after the Fukushima nuclear disaster in 2011 and local opposition.

"A relatively high proportion of coal in our power mix is a reason for a sharp downgrade in full-year estimate," said Nobuyasu Tokuda, earnings group manager at Chugoku Electric.

Meanwhile, Kansai Electric Power and Kyushu Electric Power kept their forecasts unchanged as they were able to offset the effects of higher fuel costs via the operation of a few nuclear power plants.

Although the impact of higher fuel costs can be mitigated under the country's fuel cost adjustment system, which lets utilities pass on the costs to consumers, there is a time lag of three to five months which will impact bottom lines.

Utilities are getting ready for another winter of tight electricity supply, following a power crisis last winter when cold weather sent Japanese electricity prices to records.

"For this winter, we are cutting procurement of spot LNG cargoes and using short-term contracts instead to ensure both economic efficiency and stable fuel supplies," Hideaki Sasaki, executive officer at Tohoku Electric, said.

Following is a table of net profit estimates by Japan's major electric utilities for the year to March 2022.

Figures are in billion yen: