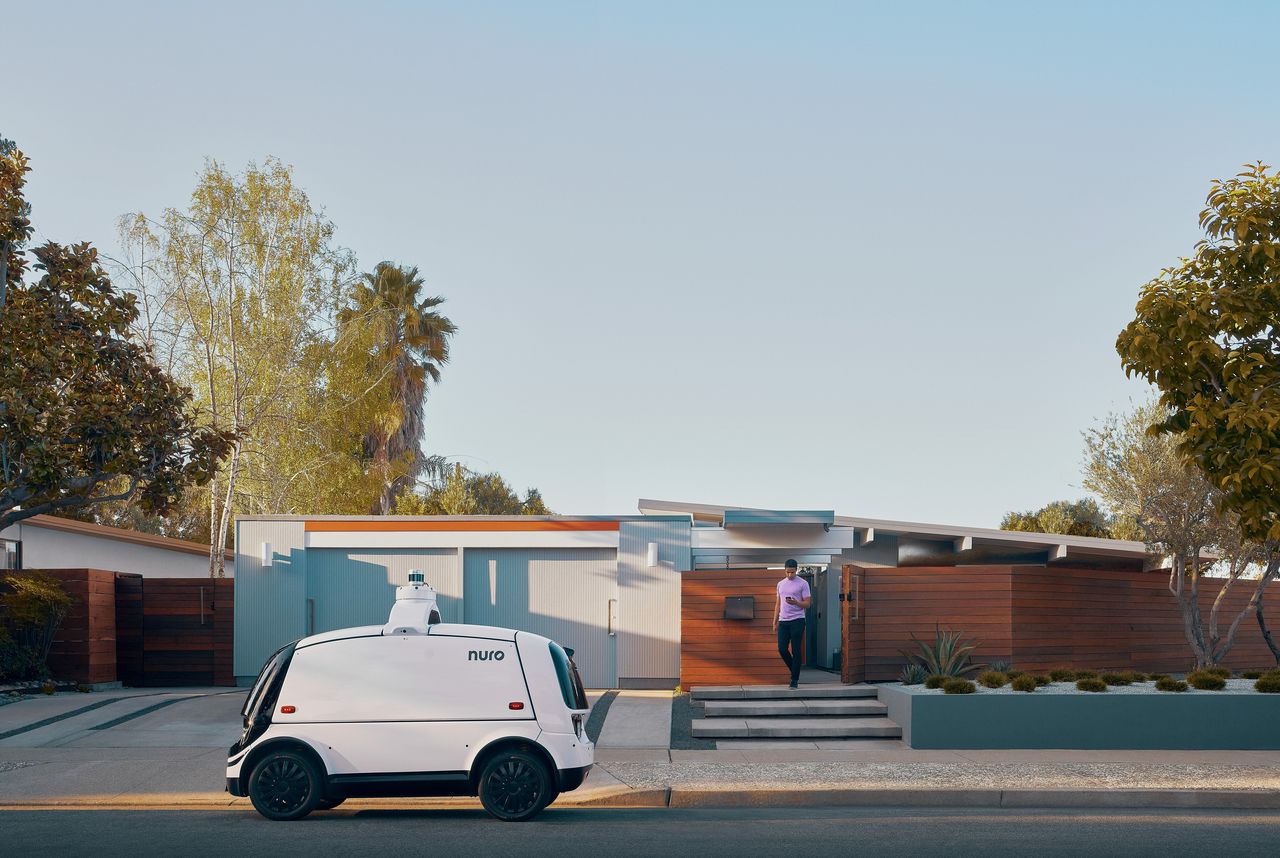 FILE PHOTO: An autonomous delivery vehicle by Silicon Valley based maker Nuro is seen in this undated handout image received by Reuters on November 1, 2021. Nuro/Handout via REUTERS

(Reuters) - Autonomous delivery vehicle maker Nuro raised $600 million in its latest funding round, the Silicon Valley-based startup said on Tuesday, bringing on board Alphabet Inc's Google as an investor.

The funding round, led by Tiger Global Management, lifted Nuro's valuation to $8.6 billion from $5 billion previously, according to a person close to the deal.

Nuro, whose R2 unit has no pedals or steering wheel and only room for packages, said it has signed a five-year strategic partnership with Google Cloud to support self-driving simulation and data management.

Google Cloud said it was also looking to help Nuro optimise how it makes deliveries for retailers and other businesses, with the aim of transforming local commerce together.

Nuro's R2 has been tested in several cities, including Houston in Texas, Phoenix in Arizona, and Mountain View in California.

The National Highway Traffic Safety Administration gave Nuro approval in February last year to deploy up to 5,000 R2 vehicles on public roads over two years. The company has not disclosed the number of R2s on the road.