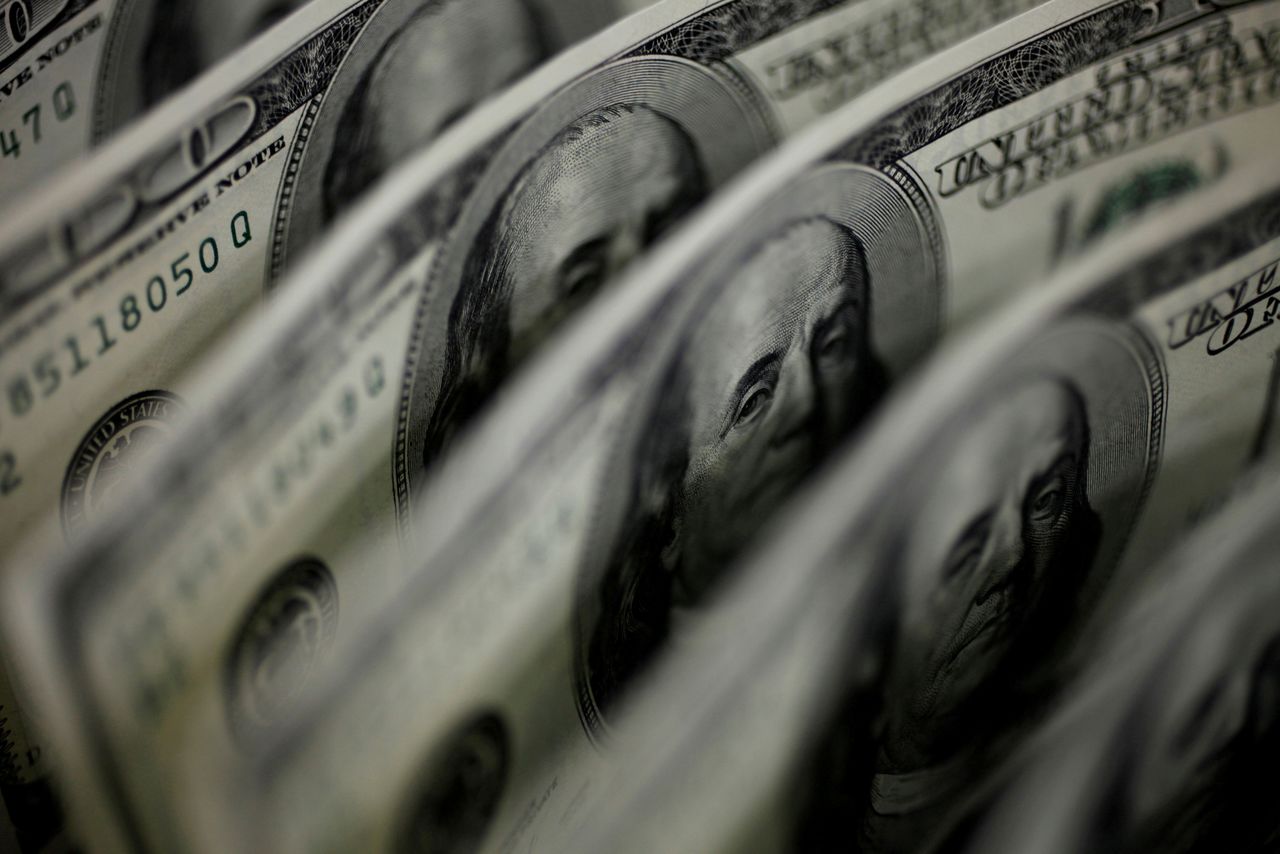 BENGALURU (Reuters) - The dollar's performance against major currencies will be mixed as investors are expected to favour those carrying higher interest rates in both the short and medium-term, a Reuters poll of FX strategists found.

Calls for tighter monetary policy to tame inflation running at multiyear highs in the United States and elsewhere have prompted money markets to bring forward rate hike expectations, and are now at odds with central banks' own projections.

Those expectations have pushed yields on U.S. Treasuries and other sovereign debt higher, especially at the shorter end of the curve, to the highest in more than a year. That is set to continue.

But while rising Treasury yields have helped the dollar to maintain its gains so far this year, rate hike speculation elsewhere looks set to restrain the greenback from strengthening any further.

"In the very near term I expect the dollar to finish the quarter approximately flat, in broad terms, but to weaken next year."

The Oct. 29-Nov. 2 poll of nearly 70 foreign exchange analysts showed nearly all major currencies trading higher than current levels in the next 12 months - a view these analysts have held for years, even as the dollar drifted higher.

Among them, currencies offering higher interest rates were expected to outperform the rest.

The British pound, the New Zealand dollar and the Canadian dollar were expected to gain 2.9%, 1.6% and 2% respectively. All of their respective central banks are poised to take rates higher next year. [ECILT/GB/][NZ/INT][ECILT/CA]

However, that was not enough to make any significant dent in the dollar's strength. Its nearest rivals, the euro and the Japanese yen, were not forecast to claw back their year to date loss of 5% and 9% over the next 12 months.

The greenback was likely to hold on to a sizeable chunk of 2021's near 4.5% gain for another year, according to the poll.

But some analysts say the dollar can strengthen even further.

"We are looking for broad dollar strength, we think the dollar will gain further. With the Fed heading towards tapering this should bring support to the dollar," said Brian Rose, senior economist at UBS Global Wealth Management.

But with most major central banks and many analysts still viewing the current jump in price rises as temporary and unemployment rates still below pre-pandemic levels, some moderation in interest rate pricing was likely.

"The reality is if interest rates went up as quickly as the market is anticipating ... we could be heading for recession in many countries," said Jane Foley, head of FX strategy at Rabobank.

(For other stories from the November Reuters foreign exchange poll:)