Olympics-Horse riding to be dropped from modern pentathlon - report 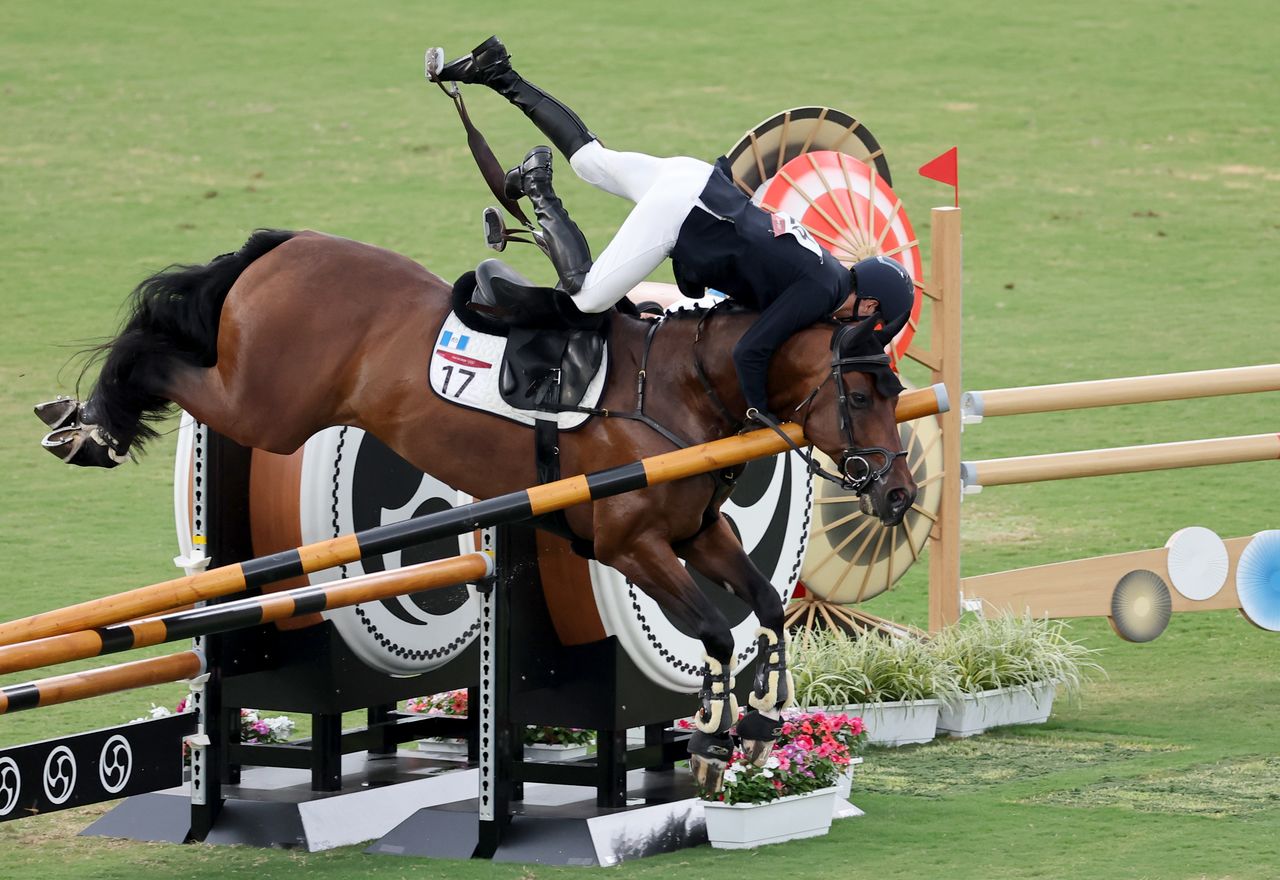 (Reuters) -Modern pentathlon's governing body has voted to remove horse riding from in its programme at the Olympics after the Paris 2024 Games, British media reported https://www.theguardian.com/sport/2021/nov/02/modern-pentathlon-votes-to-ditch-horse-riding-after-tokyo-olympic-turmoil.

The Guardian https://www.theguardian.com/sport/2021/nov/02/modern-pentathlon-votes-to-ditch-horse-riding-after-tokyo-olympic-turmoil said the decision was taken by the UIPM governing body after Germany's modern pentathlon coach Kim Raisner hit a horse https://www.reuters.com/lifestyle/sports/germanys-modern-pentathlon-coach-disqualified-after-punching-horse-2021-08-07 at the Tokyo Games when it refused to jump a fence and that horse riding would be replaced by cycling.

The UIPM told Reuters in an emailed statement that it could "neither confirm nor deny whether riding will be removed from modern pentathlon", adding that it was "untrue" that horse riding would be replaced by cycling.

"As part of UIPM's commitment to maintaining a strong, dynamic profile for Modern Pentathlon, a series of strategic meetings are being held," UIPM said.

Raisner's actions in Tokyo prompted the UIPM to disqualify her from the men's event, while animal advocacy group PETA called on the International Olympic Committee to eliminate equestrian events from the Olympics citing cruelty in Tokyo.

"It doesn't hurt a bicycle to hit it or kick it, so this is an Olympic-size win for horses and cyclists," Guillermo said in a statement.

"PETA thanks UIPM for acting swiftly on our recommendation to drop the horse component from the pentathlon and replace it with cycling.

"The world's attitude toward the exploitation of horses has evolved, and there's no room for punishing terrified animals in the show ring. PETA looks forward to the new cruelty-free pentathlon."

British modern pentathlete Joe Choong, who won the men's event in Tokyo, told the Daily Telegraph that removing horse riding would be "very sad for the sport".

"Without horse riding, or if we changed it for another sport, it's not modern pentathlon," Choong said. "I don't want to grow up and tell my future kids that I'm the Olympic champion of a sport that doesn't exist."

Kate Allenby, bronze medallist at the 2000 Sydney Games, told the Times https://www.thetimes.co.uk/article/olympic-sport-revamped-after-coach-punched-horse-at-tokyo-2020-0zrhgxl03 that the idea of replacing horse riding with cycling was "terrifying" for the sport's future.

"This has been a shambles of mismanagement by the UIPM," she said.

"The sport was originally in the Olympics as it was dreamed up by Pierre de Coubertin to find the ultimate athlete," she said, referring to the founder of the modern Games.

"It would not be de Coubertin's vision without riding."