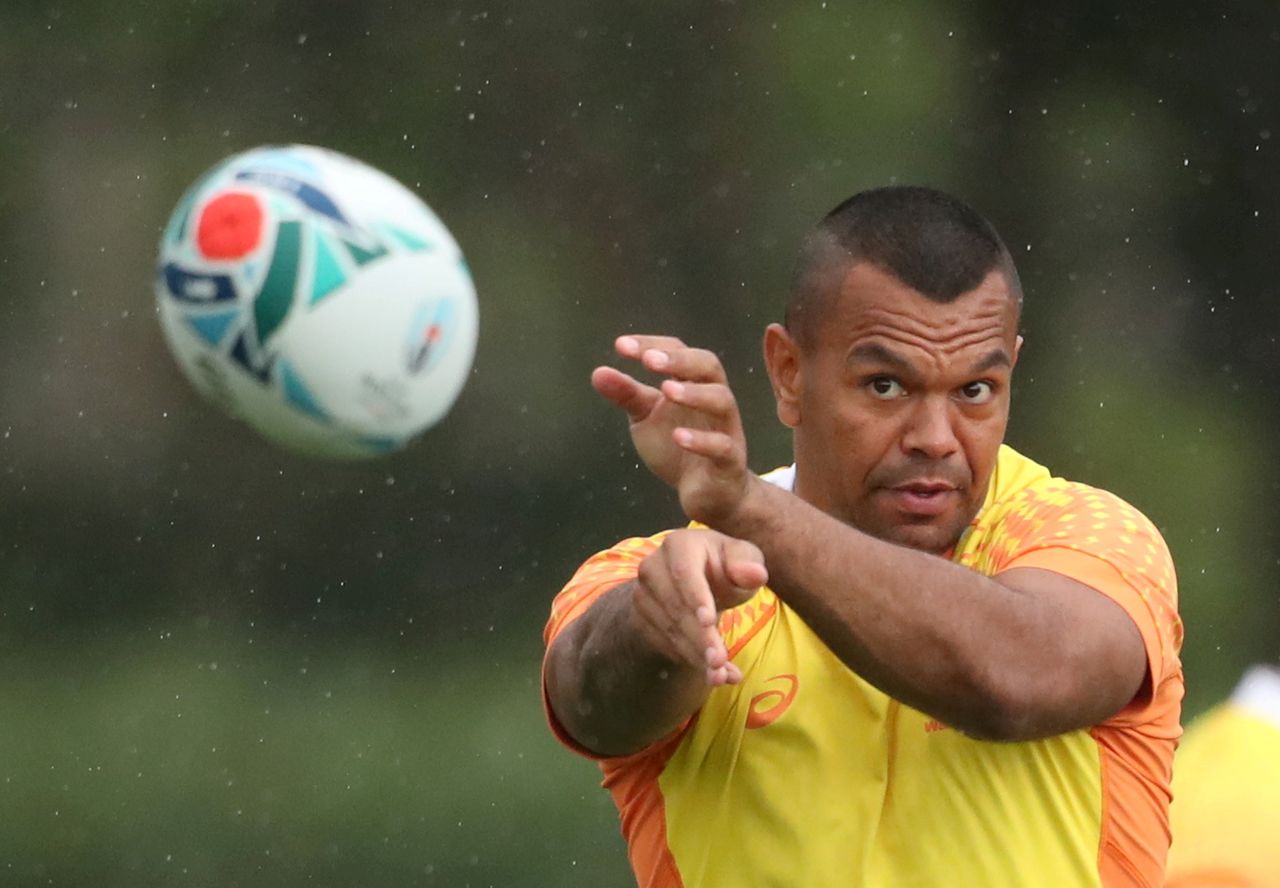 (Reuters) - Wallabies fans might have thought they had seen the last of Kurtley Beale after the soul-crushing 2019 World Cup exit at the hands of England but the seasoned playmaker is dreaming of a fourth tilt at an elusive Webb Ellis Cup.

With injuries at fullback, France-based Beale could be back in Wallabies gold as soon as Saturday when Australia take on Scotland at Murrayfield.

Beale hopes he can also reward Rennie's faith and show the New Zealander he still has the spark that made him a fan favourite through 92 tests.

"Didn’t really see it coming but really excited to be here. It’s great," Beale told reporters in a video conference from Edinburgh.

"Obviously with the World Cup in France in 2023, it’s still a goal of mine.

"It’s still something I want to be a part of. And so I’m just trying to do my trade over here and just keep working hard for an opportunity."

Early in their Wallabies careers, the backline trio of Beale, Cooper and O'Connor were dubbed the 'Three Amigos' by Australian media, a moniker that spoke of their friendship and swashbuckling ways, on and off the field.

The three shared sparkling tries, run-ins with coaches and generated juicy headlines for a series of off-field transgressions.

All have come out the other side, older, wiser but still convinced they can make an impression at the highest level.

The full 'Amigos' reunion has been put on ice though, with Cooper opting out of the Wallabies' tour of Britain to stay in Japan with his club.

Beale and O'Connor, however, could team up on Saturday in a throwback to the Robbie Deans era.

Cooper has been one of the keys to the Wallabies' recent revival after their Bledisloe Cup whitewash by New Zealand, helping the team to five successive wins.

His return was hugely motivating for Beale.

"It just made me really eager to be back, try and get back," he said.

"It definitely made me realise it is a special environment to be a part of.

"Hopefully I can have that type of influence now that I'm here. I know James (O'Connor) is doing a great job in that 10 jersey at training and I’m sure he does have that influence on the group."

Much has changed at the Wallabies since their humiliating 40-16 defeat by England in the 2019 World Cup quarter-finals.

The ill-tempered final years of Michael Cheika's reign have given way to a more harmonious atmosphere under Rennie, who has given them fresh hope two years out from France 2023.

The Wallabies now have a permanent mark of respect on their jerseys for the contributions of Aboriginal players like Beale, with an Indigenous design decorating the numbers.

Beale has felt this sea change from afar while playing for Racing 92 in France's Top 14.

"You just see how they’ve grown so much," he said.

"You can see the guys are feeling comfortable now.

"It’s something you want to be a part of."