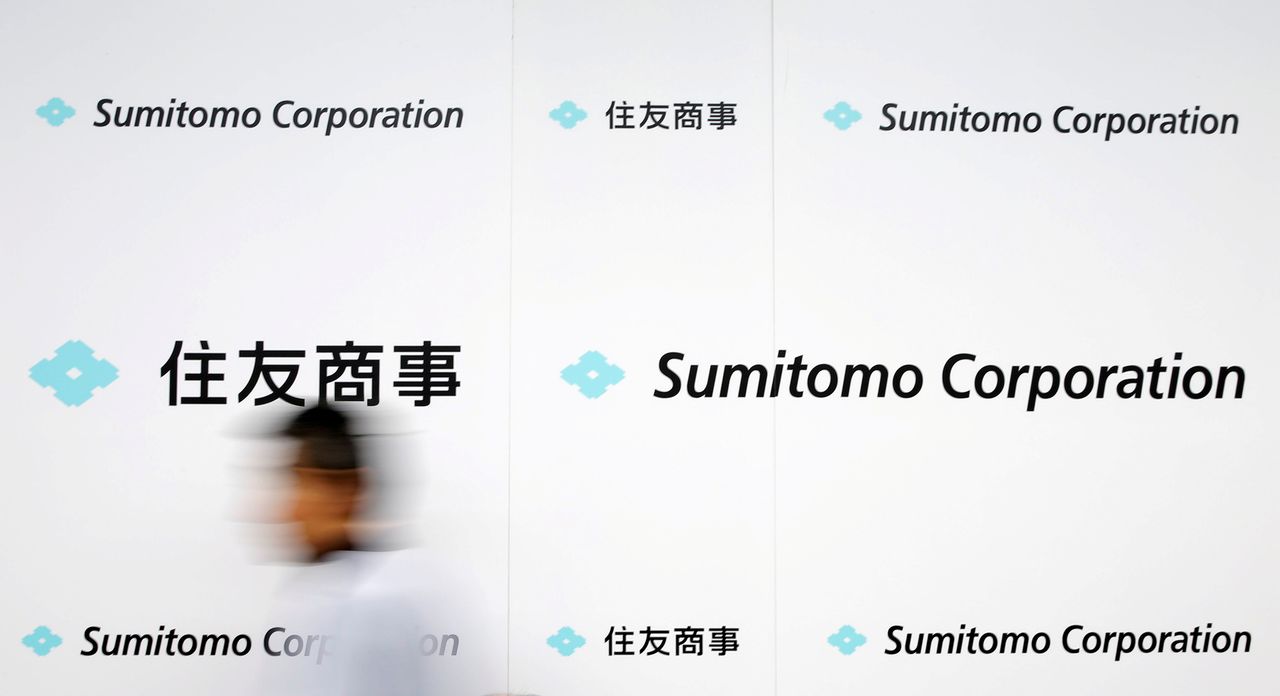 FILE PHOTO: Logos of Sumitomo Corp are seen after the company's initiation ceremony at its headquarters in Tokyo, Japan April 2, 2018. REUTERS/Toru Hanai

TOKYO (Reuters) - Japanese trading house Sumitomo Corp reported a record net profit for April-September and lifted its annual forecast by 31%, as a surge in commodity prices and the resumption of nickel output at Madagascar led to a rapid earnings recovery momentum.

The company's net profit came in at 241 billion yen ($2.1 billion) for the six months ended Sept. 30, against a net loss of 60 billion yen a year earlier when it clocked its biggest loss as the pandemic suspended its Ambatovy nickel project in Madagascar, causing a hefty writedown..

Sumitomo raised its full-year outlook to a record 380 billion yen from 290 billion yen, beating a mean forecast of 318 billion yen based on estimates from 13 analysts, Refinitiv data showed.

"We also benefited from an improved environment, particularly in transport and construction equipment and steel, which were hit by the COVID-19 pandemic last year," he said.

The Ambatovy project, which resumed production in March, produced 19,000 tonnes of nickel in April-September and is estimated to produce its highest output of 40,000 tonnes for the year through March 2022, said Sumitomo, which holds 54.17% stake in the project.

For the October-March period, the company expects prices of some commodities such as iron ore and steel to fall while automotive business will slow down due to a global chip shortage.

Sumitomo raised its annual dividend forecast to 90 yen per share from 70 yen to reflect a sharp earnings turnaround, but has no plans to buy back its own shares as the trading house wants to contribute to its shareholders through dividend payments while improving financial base, Shiomi said.