Retailers dream of a glitzy Christmas, even as supply chain snarls loom 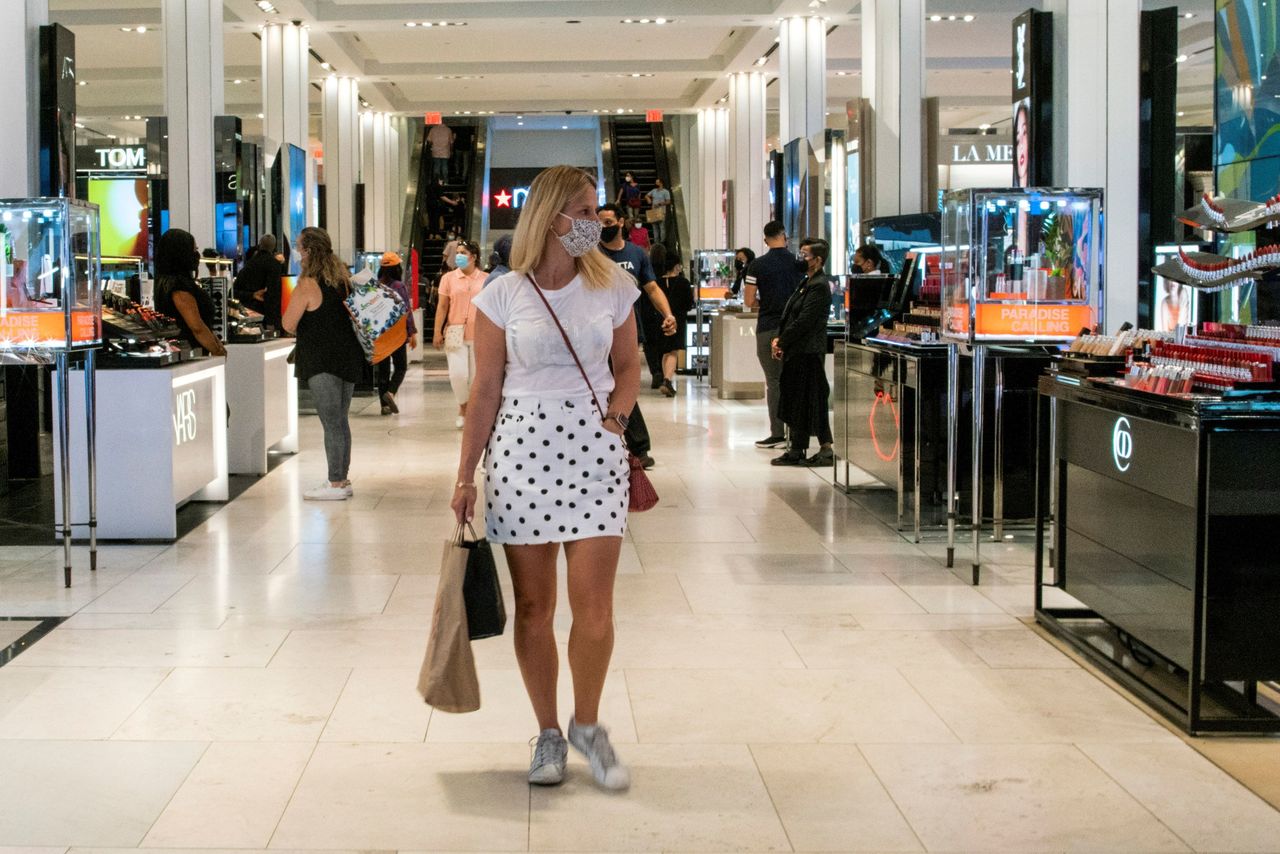 PARIS/CHICAGO/NEW YORK (Reuters) - When Whitney Bromberg Hawkings launched her London-based floral business Flowerbx in Los Angeles last November, she noticed a number of clients, on their own for the holidays, treated themselves to bouquets.

“There were cards that said ‘Dear me, you can get through this week’— a lot of them,” said Bromberg Hawkings. This year, it’s a different story: It’s dinner for 30, dinner for 40, full-house decor.

But betting on a festive mood is precarious for many retailers due to the global supply chain crunch and shipping delays.

At Balsam Hill, whose artificial trees decorate many upscale stores and shopping malls, unit sales of some of its most popular high-end trees priced at $500 to $2,000 have jumped as much as 64% year-over-year on a revenue basis. Its chief executive said the firm had shelled out at least $1 million so far this year on fees for delayed cargo, eating into its profits.

From Neiman Marcus to Macy's and Home Depot, several major retailers told Reuters that they expect to see shoppers pulling out all the stops at gatherings after Covid-19 kept them socially distanced last year.

“After being limited by Covid-19 restrictions, people want to travel, spend more time out enjoying outdoor activities, express themselves and above all live and share experiences," Remo Ruffini, Moncler's chairman and CEO, said.

Many consumers are entering the holiday season with more disposable income, having saved up during lockdown and as economic rebound puts money in their hands. The Dow Jones Industrial Average hit record highs this week, while London's FTSE 100 index marked its highest close in 20 months.

Yet retailers are up against a supply chain crisis that has left them scrambling to stock enough sparkling wine, tinsel, scented candles and partywear, among other things. In addition, the new AY.4.2 “Delta Plus” coronavirus variant looms, after causing some concern in the United Kingdom.

"One of the big trends that we're seeing across the board is maximalism, which is really about 'more is better' and more opulence - it's embracing colors and embracing patterns,” Sarah Fishburne, Home Depot's director of trend and design, told Reuters. But in September, Home Depot during its quarterly earnings call said “raw material shortages, production constraints and pressures across modes of transportation are creating a difficult supply chain environment.”

Rival Lowe’s echoed this in October, saying second-quarter inventory was $17.3 billion, down $1.1 billion from the first quarter. Nonetheless, Bill Boltz, head of merchandising at Lowe's, said: "They (shoppers) will want to go big this season ... We're expanding our selections. As an example, this year we will have a larger offering of artificial trees over 8 feet for those looking to fill a larger room.”

‘TIS THE SEASON TO SPARKLE’

U.S. department store Nordstrom recently blasted customers with an email urging them to “go full-on glam in sequins, metallics and more” and “dress to impress,” saying “tis the season to sparkle.”

But the previous week, the retailer alerted customers about global supply chain challenges and shipping delays, warning that the “hottest gifts may sell out on our site and that shipping could take longer than we'd all like.”

Festive fashion apparel has already been selling out, according to market intelligence platform Edited, which notes a 236% increase in full-priced garments selling out between July and October this year, globally, which has led fewer options for consumers shopping online in the United States – about half compared with the same time last year.

Macy’s is banking on its customers picking up metallic bags and shoes, velvet blazers and pearls among a string of fancy partywear. The company is among several retailers that have been forced to invest heavily in shoring up their supply chains to bring these products into the country.

Designers are drawing on glitzy textiles, with sequins, for example, with references to the Nineties and the party scene at the onset of the year 2000, noted Heuritech's Blanco. The firm identified a rise in trends like glitter boots, which are up 15% in the United States from last year, and feathers, up 42%, for the end-of-year season.

Even Hello Kitty is getting jazzed up for the season, with a gold lightning streak added to her famous bow for L’Oreal’s upscale Japanese label Shu Uemura.

The popular figure features in promotional materials for products including a disco glam eye palette and glitter ball highlighter with model Fernanda Ly, outfitted in a kimono and sparkling corset.

“After a spell when we were all cut off a bit from the world, we want to celebrate, to have fun and share with others,” said fashion designer Christelle Koche. The up-and-coming designer said she seeks to throw the spotlight on individuality, and for the season is offering an array of fitted velvet dresses, including an off-the-shoulder cut with pink flames running across one side.

Lana Todorovich, president and chief merchandising officer of Neiman Marcus, described the emergence of “dramatic and unapologetic style” from consumers heading into the holiday season, citing the popularity of pieces embellished with sequins and feathers from labels like Balmain and Tom Ford.

Global designer clothing sales are expected to be $90.16 billion, up 11.6% from last year but still about $10 billion lower than in 2019, prior to the Covid-19 pandemic, according to Euromonitor.

Mindful of the risk of running low on stocks, Meghan Fabulous, an apparel manufacturer drawing on production sites in India, China and Los Angeles, purchased more green and red festivewear for the upcoming season than last year, and currently has some 10,000 dresses “floating on container ships in the Pacific Ocean” as of early November.

“That's my nightmare scenario. They'll sell, but most of them will sit there until holiday season 2022 if that happens.”