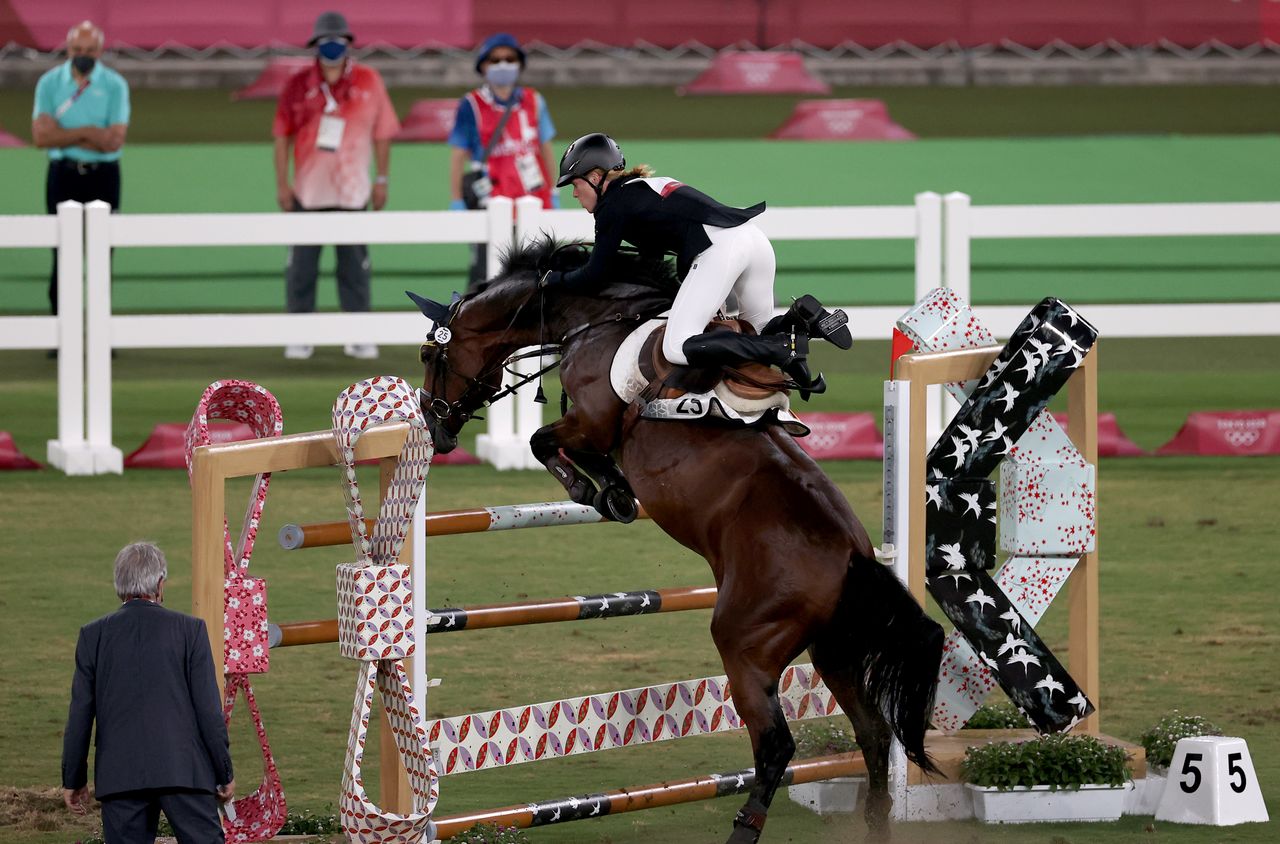 By Manasi Pathak and Shrivathsa Sridhar

(Reuters) -Horse riding will be removed from modern pentathlon's programme at the Olympics from Los Angeles 2028, the sport's governing UIPM announced on Thursday, with a consultation process set to start soon to find a suitable replacement.

The decision comes after Germany's modern pentathlon coach Kim Raisner hit Annika Schleu's horse, Saint Boy, at the Tokyo Games nL8N2PE0AU this year when it refused to jump a fence. The incident led to widespread criticism of the sport.

"First, we know that this information will be surprising and even shocking to you," the International Modern Pentathlon Union said in a statement https://www.uipmworld.org/news/open-letter-pentathletes.

"It's not very long since we made a commitment to review and protect the riding discipline in the wake of the rescheduled Tokyo Games. But life within the Olympic movement changes fast.

"The decision to replace riding comes after our UIPM executive board endorsed a series of recommendations made by the UIPM Innovation Commission after a two-day meeting in Monaco last week."

Animal advocacy group PETA's senior vice president Kathy Guillermo welcomed the decision but called for change to be effected in the 2024 Paris Games.

"PETA is delighted UIPM heard PETA and the public and chose to make the pentathlon truly modern and humane," PETA said in a statement to Reuters.

"... We urge the governing board to implement the change in 2024 rather than 2028 - the horses who are whipped and spurred can suffer just as much in three years as in seven.

"Horses don't choose to compete and should not be punished because humans do."

Raisner's actions in Tokyo prompted the UIPM to disqualify https://www.reuters.com/lifestyle/sports/germanys-modern-pentathlon-coach-disqualified-after-punching-horse-2021-08-07 her from the men's event, while PETA called on the International Olympic Committee to eliminate https://www.reuters.com/lifestyle/sports/peta-calls-ioc-president-remove-equestrian-events-games-2021-08-13 equestrian events from the Games citing cruelty in Tokyo.

UIPM president Klaus Schormann said the time had come for the sport's governing body to be "bold and ambitious" following strong recommendations from its Innovation Commission.

"On behalf of the UIPM executive board I ask our global community to embrace change and grasp the momentous opportunity before us," Schormann said in a separate statement https://www.uipmworld.org/news/uipm-opens-consultation-replacement-riding-discipline-modern-pentathlon.

"A new discipline will provide fresh impetus to our sport and strengthen the position of modern pentathlon within the Olympic movement."

UIPM said that the timeline for the selection of a new discipline - which must allow for global accessibility and be attractive and relevant for global youth among other conditions - would be communicated in the coming weeks.