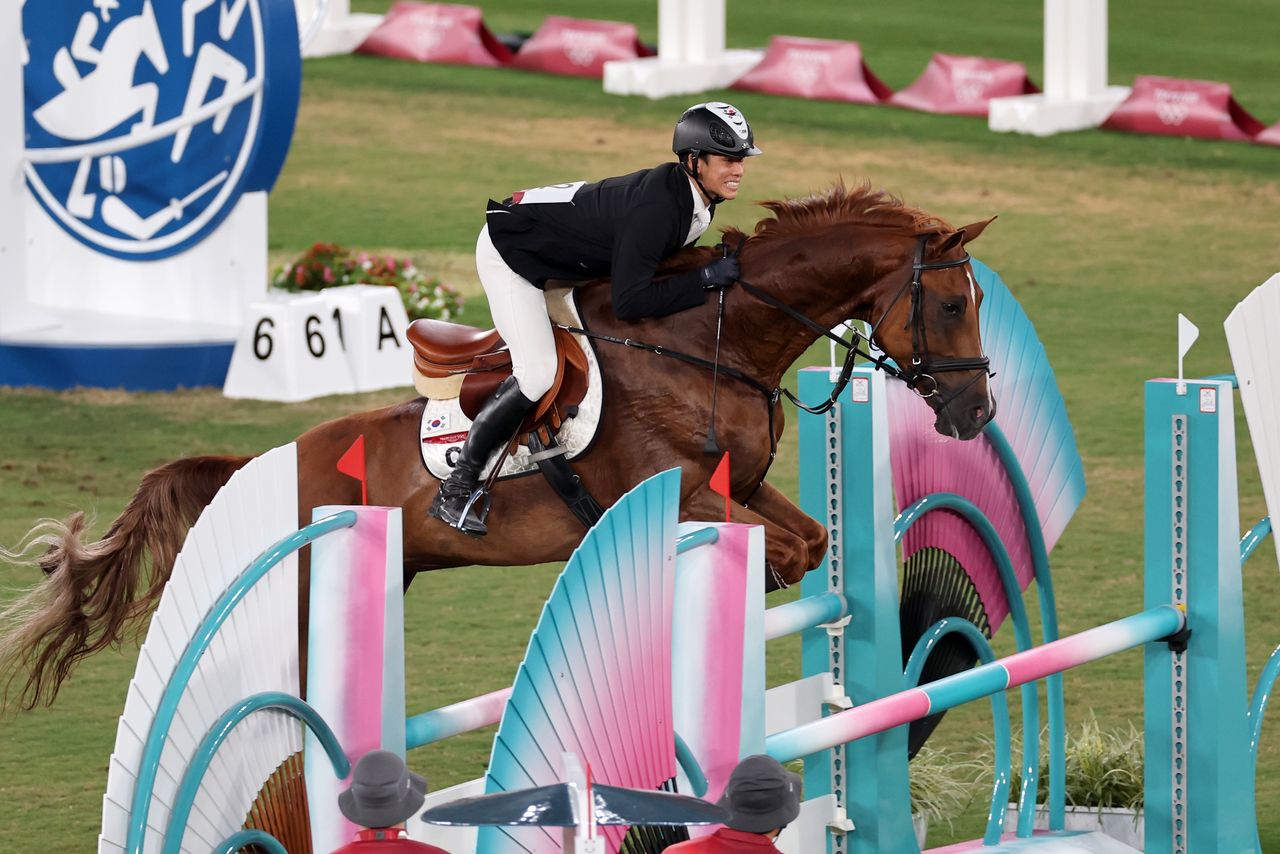 (Reuters) - The decision to drop horse riding from the modern pentathlon from the 2028 Olympics may be "painful" for athletes and the equestrian community but the sport must change with the times, the president of its governing body told Reuters on Thursday.

The Union Internationale de Pentathlon Moderne (UIPM) said it would remove horse riding from the Los Angeles Games, with a consultation process beginning soon to find a suitable replacement.

"The UIPM is fully aware the decision... will come as a disappointment to many members of our global community who love the sport in its current form, including those athletes who have developed their riding ability over many years of training," UIPM president Klaus Schormann told Reuters via email.

The sport was criticised this year - including by animal advocacy group PETA - after Germany's modern pentathlon coach Kim Raisner hit Annika Schleu's horse at the Tokyo Olympics after it refused to jump a fence.

"We also feel for the coaches and administrators and wider equestrian communities who have supported the riding element of modern pentathlon and we hope will continue to do so throughout the Paris 2024 Olympic cycle," Schormann said.

"Change can be painful, but modern pentathlon has thrived on change throughout its existence, proving adaptable to meet the changing expectations of audiences."

Thursday's decision, which followed a UIPM executive board meeting after recommendations by its Innovation Commission, was met with anger by Olympic champion Joe Choong of Britain.

"Let's stop the UIPM @WorldPentathlon destroying our sport," Choong tweeted. "They must not be allowed to remove the riding element of modern pentathlon without discussing it with us athletes and its member nations. @Olympics #savepentathlon."

Schormann said UIPM had listened carefully to feedback received on the composition of modern pentathlon but added that no particular sport or discipline had been identified as the preferred option to replace riding.

"We are hugely grateful to our global membership of national federations for their readiness to embrace change during today's conference calls," Schormann said.

"We look forward to continuing these conversations with our members during the 71st UIPM Congress later in November – and to the input they will provide in the consultation process."