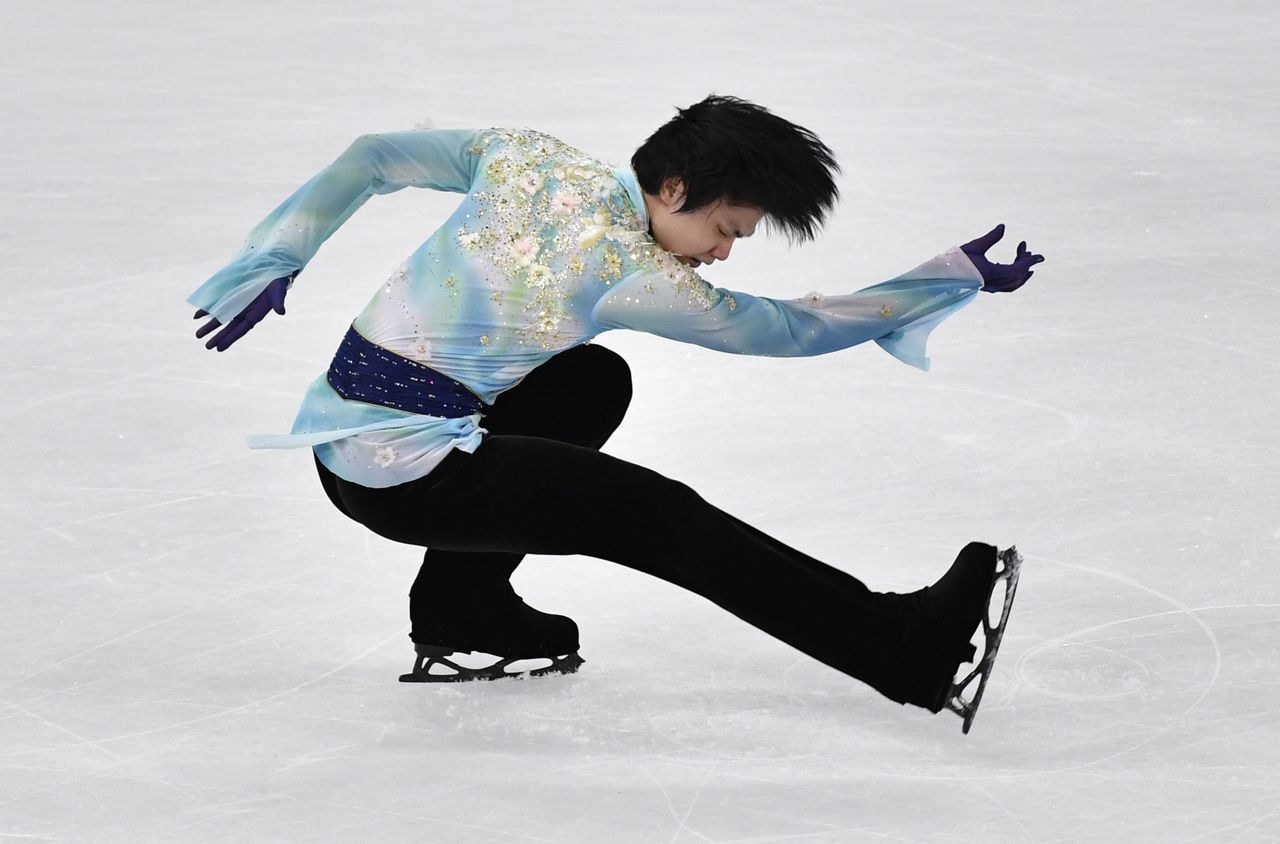 Figure Skating - World Figure Skating Championships - Globe Arena, Stockholm, Sweden - March 27, 2021 Japan's Yuzuru Hanyu in action during the men's free skating TT News Agency via REUTERS/Jessica Gow/tt THIS IMAGE HAS BEEN SUPPLIED BY A THIRD PARTY. IT IS DISTRIBUTED, EXACTLY AS RECEIVED BY REUTERS, AS A SERVICE TO CLIENTS. SWEDEN OUT. NO COMMERCIAL OR EDITORIAL SALES IN SWEDEN..

(Reuters) - Yuzuru Hanyu's hopes of winning a third Olympic figure skating gold medal for Japan have suffered a blow after he pulled out of a tournament in Tokyo due to an ankle injury.

With the Beijing Winter Games three months away, the country's skating federation said the 26-year-old had suffered ankle ligament damage and would miss the Nov. 12-14 NHK Cup.

"I feel very disappointed that I was injured in just one fall," Hanyu said in a statement.

"I will do my best to shorten the time to return to the competition as much as possible through rehabilitation on the ice while controlling pain."

Hanyu, who won gold in the men's singles at Sochi 2014, also injured his ankle in the buildup to the 2018 Pyeongchang Games, an injury which kept him off the ice for two months.

However, he returned to fitness in time to become the first man in 66 years to win back-to-back https://www.reuters.com/article/us-olympics-2018-figs-m-idUSKCN1G104P figure skating titles.