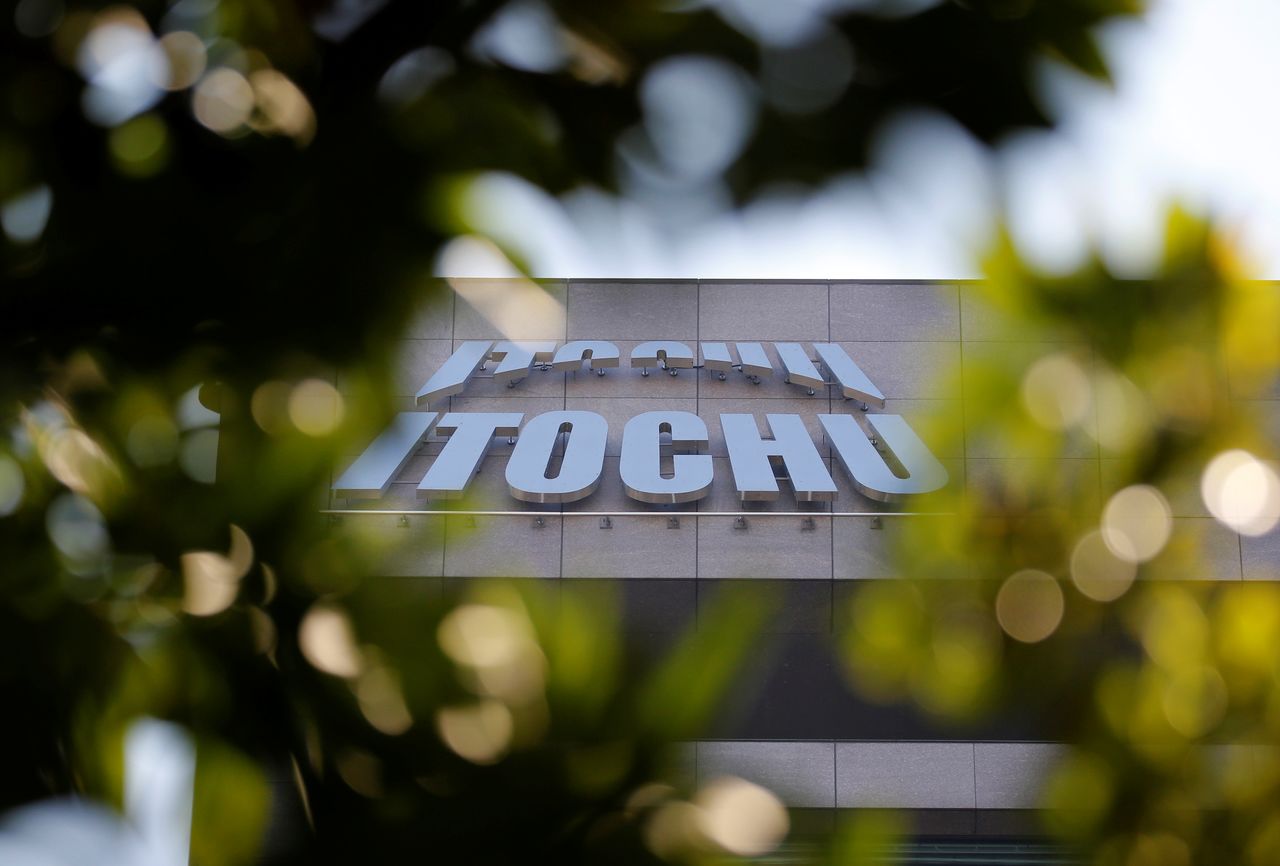 FILE PHOTO: The logo of Itochu Corp is seen outside the company's headquarters in Tokyo, Japan, November 7, 2016. REUTERS/Toru Hanai

TOKYO (Reuters) -Japanese trading house Itochu Corp unveiled a new dividend policy on Friday, promising a minimum annual payment of 110 yen a share in the current financial year to March 2022, rising to 120 yen in the following fiscal and 130 yen the next.

Net profit in the period from April to September nearly doubled to 500.6 billion yen ($4.4 billion) from a year earlier and the company lifted its full-year outlook by 36%, to a record 750 billion yen.

Itochu has also decided to sell its stake in the Ravensworth North thermal coal mine in Australia as it looks to move away from the fuel, Itochu President Keita Ishii said.

"As a global push toward decarbonisation is accelerating, trading houses must also aim for sustainable business and management," he told a news conference.

Itochu has agreed to sell its stake of 10% in the mine to Glencore, a spokesperson said, but gave no details.

The move is part of its plan to exit the thermal coal business by March 2024.