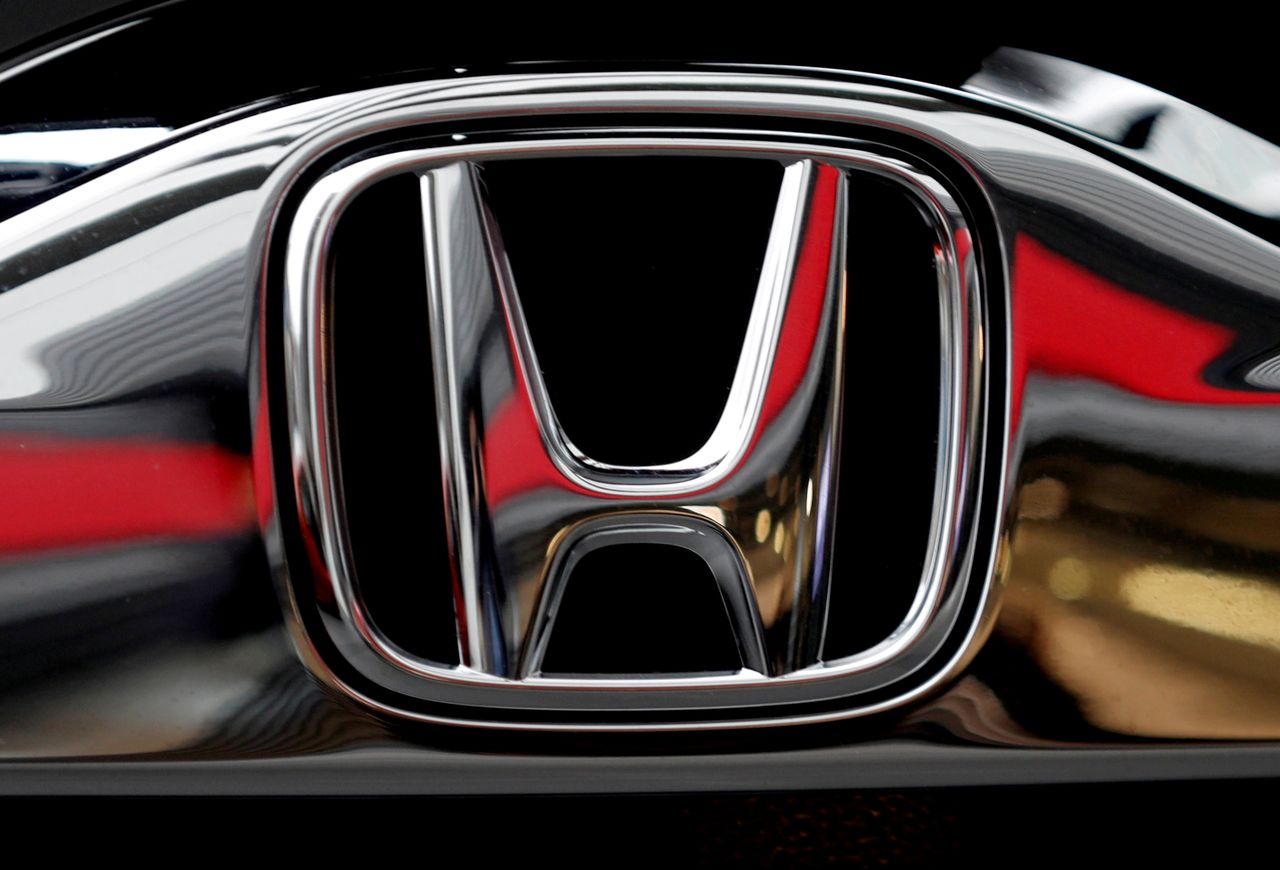 FILE PHOTO: Honda's logo on its Modulo model is pictured at its showroom at its headquarters in Tokyo, Japan, February 19, 2019. REUTERS/Kim Kyung-hoon

TOKYO (Reuters) -Honda Motor Co cut its full-year profit forecast for a second time on Friday as a persistent global shortage of semiconductors forces it to cut vehicle production and rising steel and material prices eat into profit margins.

Like other automakers, Honda's production plans have been hit by the chip shortage, with global output in September falling 30% from a year ago, even as demand in key markets, such as China rebounds from a pandemic slump.

"We believed supplies shortages would be limited, but we now see the supply shortage is more serious and will last longer," executive vice President Seiji Kuraishi said at a press briefing.

Honda was also dealing with rises in the cost of materials, including steel that were difficult to pass on to consumers, he added.

Honda's latest forecast for a operating profit of 660 billion yen ($5.80 billion) for the year to March 31 is 15% down form a prediction made in August, and lower than a mean forecast of 764.5 billion yen by 20 analysts, Refinitiv data showed.

Japan's No. 2 car company on Friday also cut its vehicle sales plan to 4.2 million vehicles from 4.85 million this business year, down from 4.5 million in the previous 12 months.

Honda's Kuraishi said the company expect chip shortages to ease after March and should not to affect its plans to accelerate a shift to electric cars and other zero-emission vehicles.

The Japanese carmaker is aiming to increase its ratio of EVs and fuel cell vehicles (FCVs) to 100% of all sales by 2040, with all new models in China be EVs or hybrid cars from 2030.

Honda is also developing self-driving technology, and says it plans to put advanced driver-assistance systems in all of its models in major markets by 2030.

For the three months to Sept. 30, Honda said operating profit fell by almost a third to 198.9 billion yen. That result was higher than an average forecast of 183.5 billion based on estimates from nine analysts, Refinitiv data showed.