The four-time Olympian, 40, started her mission with the Berlin Marathon in September and is ending the journey at the New York City Marathon on Sunday, a project she told Reuters rekindled her joy for running two years since she quit professional competition.

"I needed a goal again after a year of not running and reconstructive knee surgery - and post-pandemic and retirement, I just felt like I wanted to reclaim my mental health and physical health and celebrate running," said Flanagan, who picked up Olympic silver in the 10,000-metre race in 2008.

With the COVID-19 pandemic pushing the London Marathon and Boston Marathon from their usual April dates to October, she decided to seize on the rare opportunity to run the prestigious World Marathon Majors within a month-and-a-half stretch.

She substituted the postponed Tokyo Marathon with a 26.2-mile run in Portland, Oregon, last month, and endured a grueling "double-header," with Chicago and Boston on back-to-back days.

"This is just my idea of fun - I need something to be a little bit challenging to be fun to me," said Flanagan. "It's not everyone’s cup of tea but it is mine."

The Nike athlete has posted times that would make any non-pro swoon, completing the London Marathon in 2:35:04, with her slowest time so far - 2:46:39 - in Chicago.

"It feels like weirdly a little emotional... the completion of this project, and then being back in a place that I had some of my best career highlights here," said Flanagan, who also finished second and third in New York in 2010 and 2018, respectively.

"Obviously a different experience on Sunday but I'm very excited to be here." 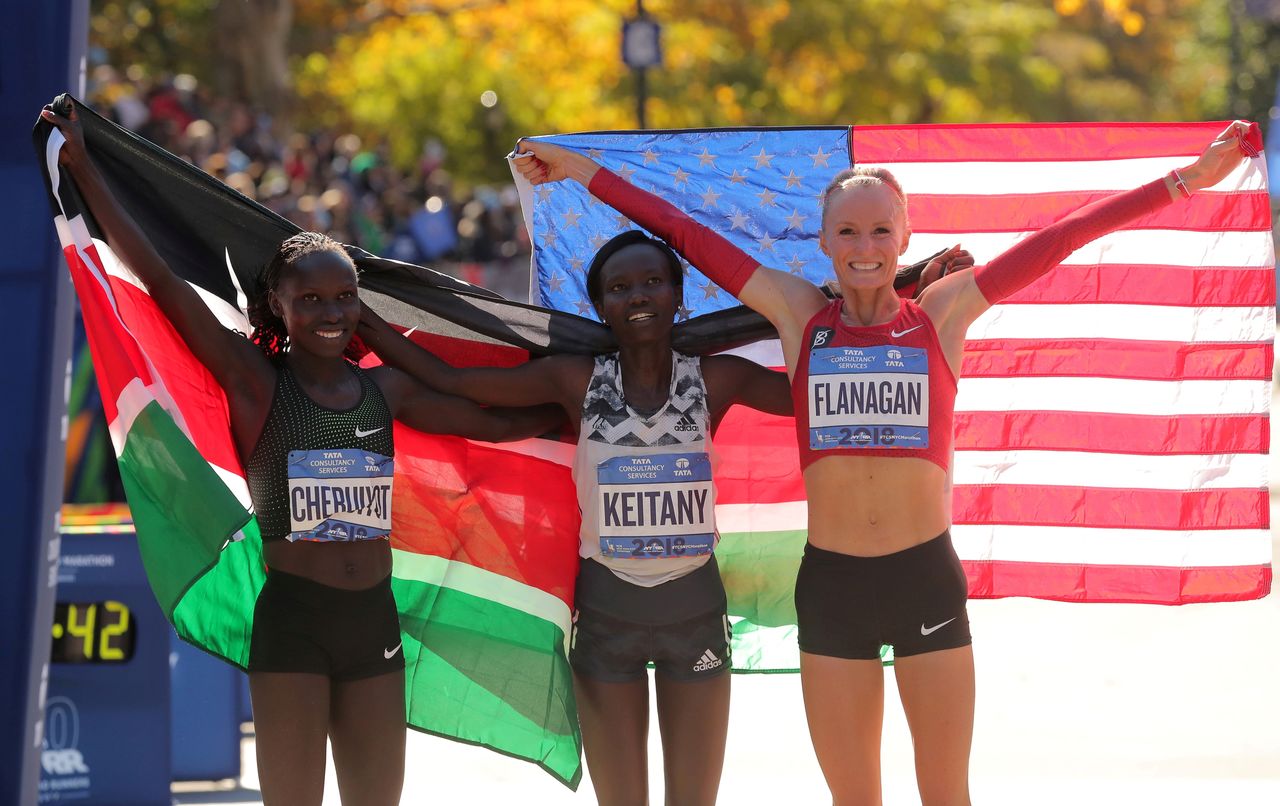 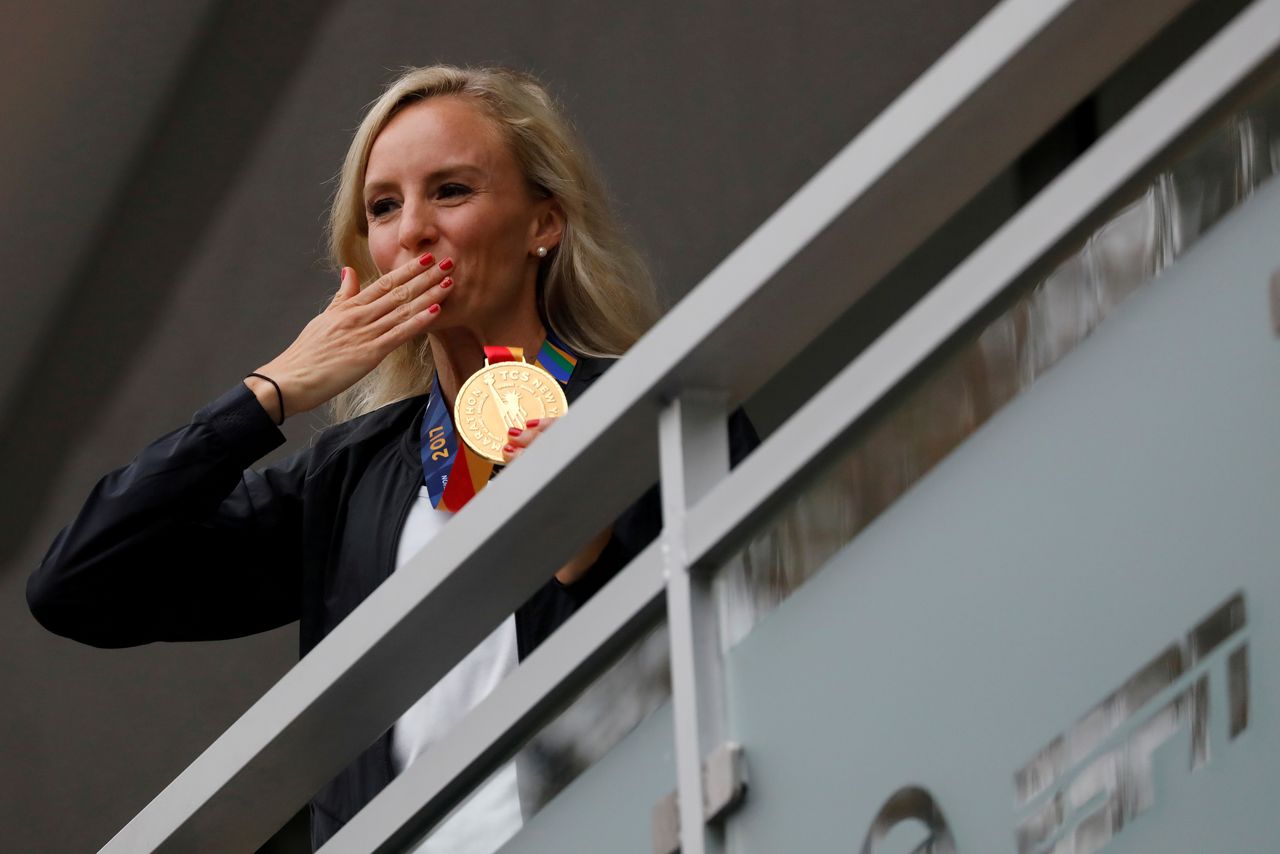 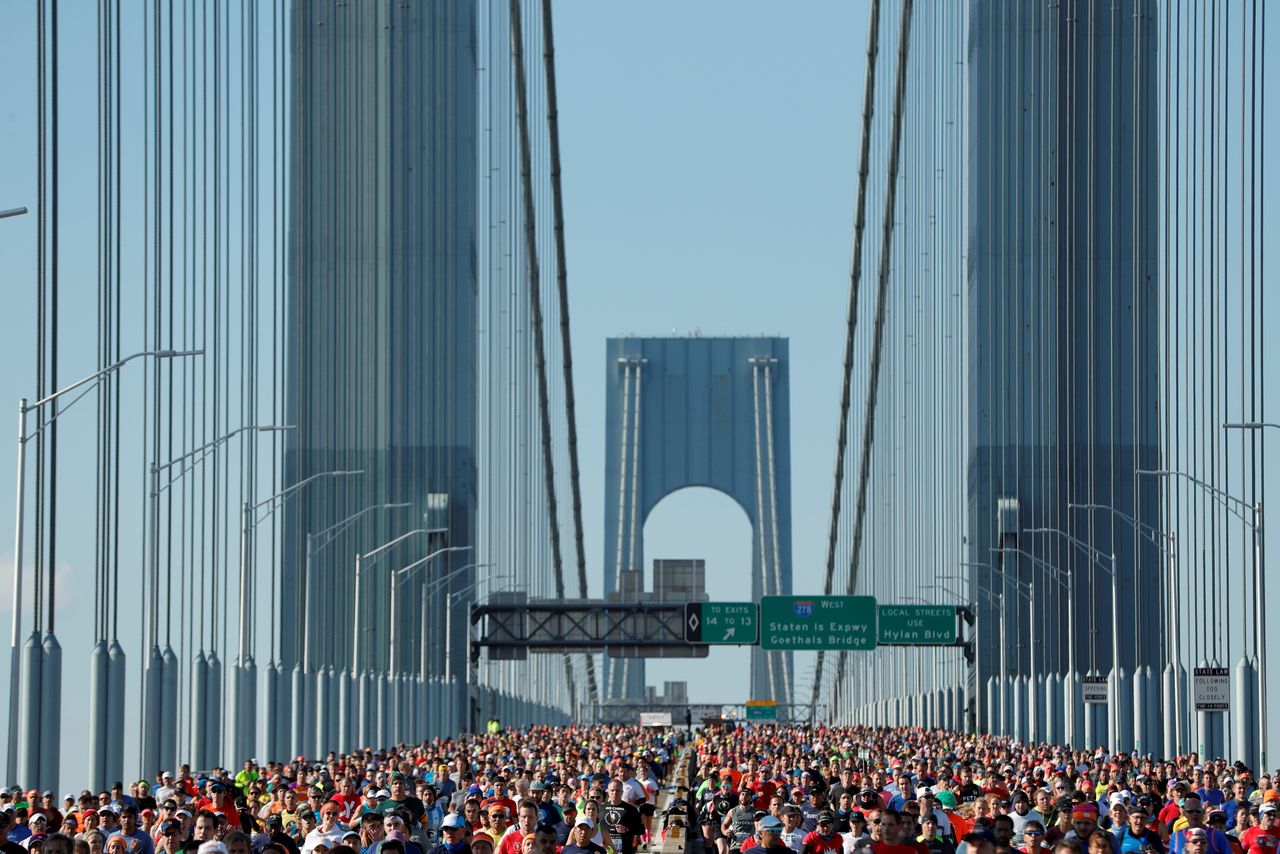