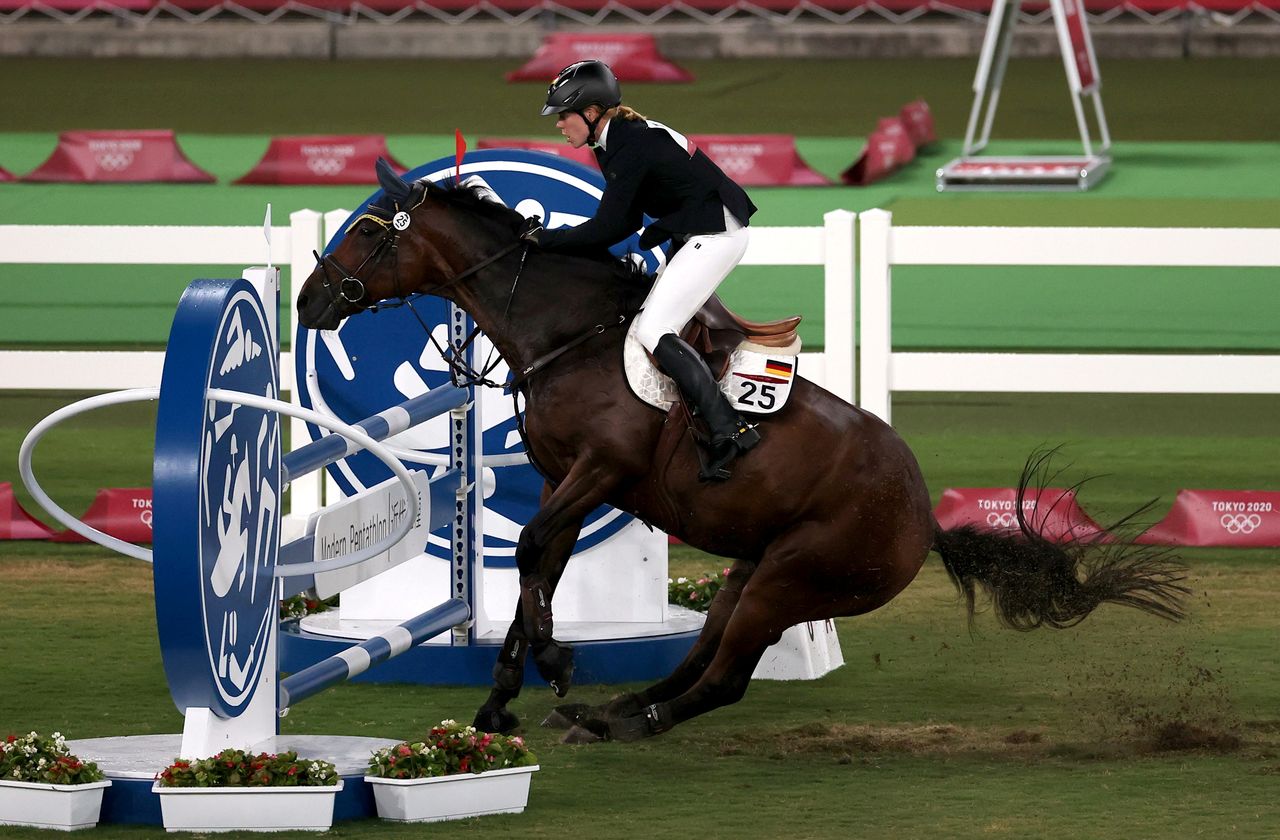 (Reuters) - Modern pentathlon's governing body UIPM said it will hold talks with athletes next week after more than 650 of them called for its executive board to step down following its decision to drop horse riding from the Olympic programme.

The UIPM decided on Thursday to remove https://www.reuters.com/lifestyle/sports/horse-riding-be-dropped-modern-pentathlon-2028-la-games-2021-11-04 horse riding from the 2028 Los Angeles Games in the wake of an outcry after a German coach punched https://www.reuters.com/lifestyle/sports/germanys-modern-pentathlon-coach-disqualified-after-punching-horse-2021-08-07 a horse that refused to jump a fence at this year's Tokyo Games.

Athletes including current and former Olympic medallists signed a letter which said the executive board (EB) had "undermined 109 years of modern pentathlon" by taking a decision without consulting them and federations, Inside the Games reported.

"UIPM is fully aware of the concerns voiced by current and former athletes relating to the executive board decision to replace riding in modern pentathlon," the UIPM told Reuters.

"All athletes who were the recipients of an open letter from the EB on Nov. 4 are invited to participate in an open dialogue on this matter so they can better understand the background. The open dialogue will be scheduled within the next week," it said.

It said it will hold an electoral congress on Nov. 27-28 where member federations can discuss and debate all motions on the agenda, and encouraged athletes to talk to their national federations about any concerns they may have.

In a letter to the UIPM, athletes said they were "shocked" at the decision to remove the equestrian discipline.

"We unanimously declare a vote of no confidence in the president and complete executive board," they said. "Baron Pierre De Coubertin created modern pentathlon specifically for the Olympic Games to showcase the ultimate athlete.

"The board say they are responding to pressure from the International Olympic Committee. We are all aware of the challenges modern pentathlon faces. We must always look to the future and keep our sport moving forward."

The athletes said the UIPM needed a new board that would plan for the sport's "long-term interests" while also standing up for athletes and protecting the sport's place at the Olympics.

UIPM president Klaus Schormann had said although the decision to drop horse riding was "painful", the sport must change https://www.reuters.com/lifestyle/sports/pentathlon-must-embrace-change-after-horse-riding-axed-says-uipm-chief-2021-11-04 with the times.

(Reporting by Rohith Nair and Shrivathsa Sridhar in Bengaluru; Editing by William Mallard and Hugh Lawson)