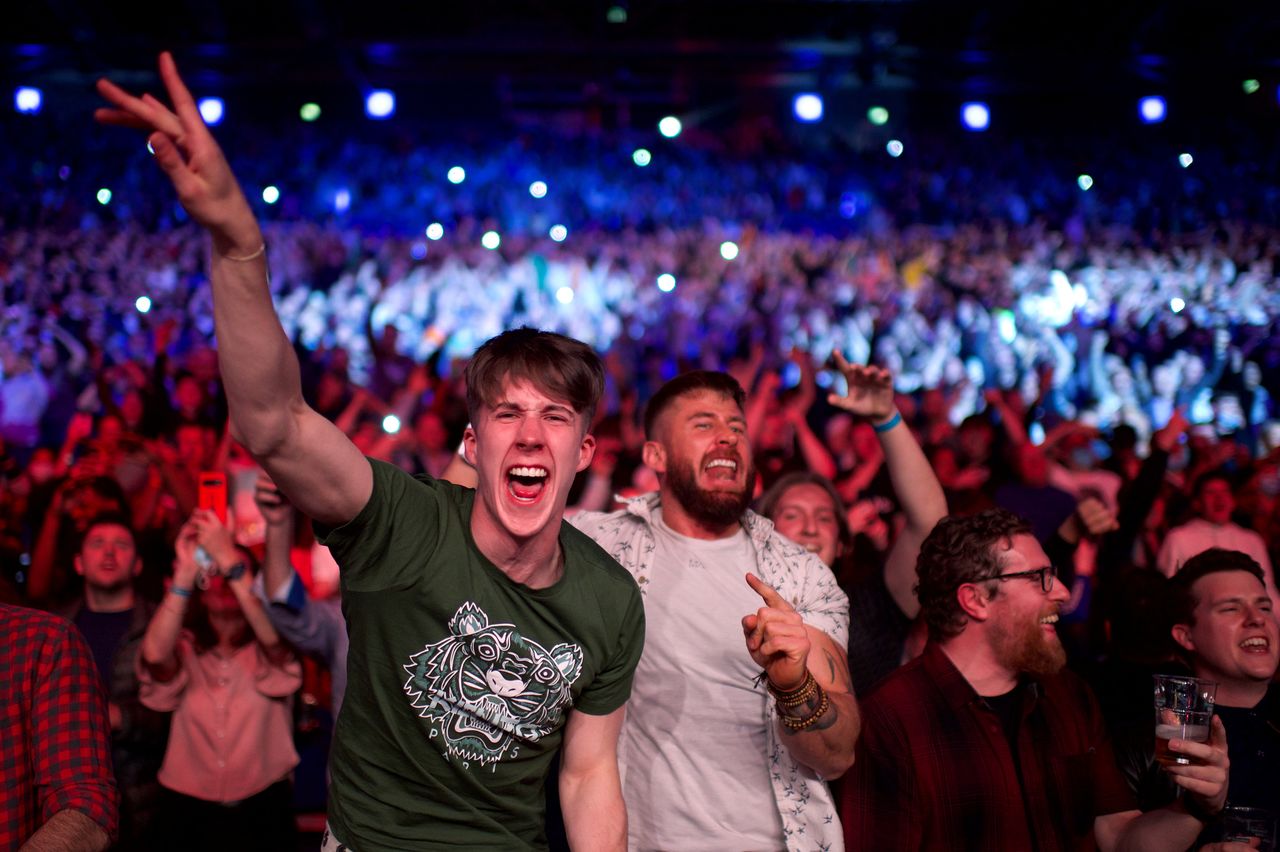 DUBLIN (Reuters) - Irish fight fans turned out in their thousands for the first major mixed martial arts gala in Dublin since the lifting of COVID-19 restrictions, and though some results did not go their way, there was plenty for them to cheer about.

Peter Queally came up short in his attempt to become the first Irish champion in a major MMA promotion since Conor McGregor, and James Gallagher was defeated in the co-main event on Friday night. But the up-and-coming fighters on the card gave the home crowd what they wanted.

"The atmosphere was unbelievable, I was at the McGregor fight with Dustin Poirier in Las Vegas (in July) and it was great, but tonight it was next level," fan Dylan Twiss told Reuters moments after the card ended.

Taking place at the 3Arena on the north bank of the river Liffey, the fans queued around the building from early evening in anticipation of another wild night at a venue where the sport made its breakthrough in Ireland.

The docklands surrounding the river are dotted with boxing clubs that have produced the likes of Tokyo Olympic champion Kellie Harrington, and the arena hosted a seminal night in Irish fighting folklore in July 2014.

That night, the UFC came to town and McGregor closed the show with a thunderous knockout of Diego Brandao following a superb showing by his compatriots on the card.

McGregor went on to tear through the UFC, becoming the first fighter to hold belts in two different weight classes at the same time, and fighters such as Aisling Daly, Neil Seery and Paddy Holohan also rode the Irish wave of success.

But that generation has gradually moved on and a new one is now making its presence felt, this time under the banner of the rival Bellator promotion.

Strawweight Danni Neilan scored the first big win on the undercard with a dominant third-round TKO victory over Audrey Kerouche that had the fans out of their seats.

"When it was over, I was like, 'Soak it up, soak it up, remember how good this feels,'" she told reporters.

Featherweight Ciaran Clarke then re-ignited the crowd with a third-round submission victory over Jordan Barton, with full-throated chants of "Ole! Ole! Ole!" ringing around the packed arena in an echo of McGregor's heyday.

Clarke brought with him a vocal crowd from his home town of Drogehda, 55km north of Dublin, and they made their presence felt.

Briefly subdued by James Gallagher's submission loss in the co-main event to Patchy Mix, the crowd were back on their feet as "Zombie" by Limerick band the Cranberries, a favourite walkout tune of Irish fighters, boomed out of the speakers as Queally entered, with the crowd singing along.

Despite the stellar support, Brazil's Patricky Friere scored a second-round KO win over Queally to secure the Bellator lightweight belt.

But the night was about much more than titles for the home fans.

"It's disappointing that James and Peter lost, but tomorrow night we have 'the Future', Ian Garry, he's making his debut in the UFC in New York, he's quality," fan Twiss told Reuters before tipping the 23-year-old Garry to be Ireland's next MMA champion.

"If fighters like Garry can make it into the UFC, it shows that we have the talent," he said, adding that he would be first in the queue for tickets for the next big show in town, hoping for a glimpse of a future fighting Irish champ.